Everyday smartphones are setting a new trend and amaze us with something new. One such step was taken by Oppo showing off their 100% screen-to-body ratio phone. Oppo has named this technology as ‘Waterfall Screen’. Brain Shen who is the VP of Oppo Company, reveal some snaps of this technology through Weibo. However, later on, the pictures are trending on Oppo’s official Twitter handle. 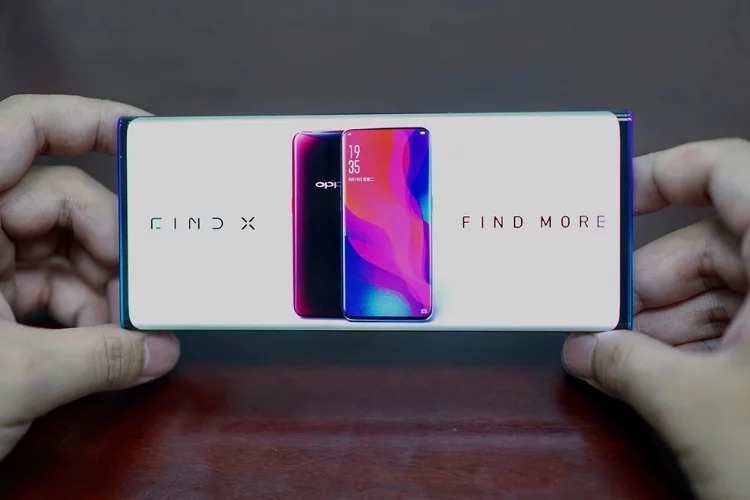 By ‘Waterfall Screen’, Oppo means to offer dual-edged curved screen with the highest curvature ever in the history of smartphones. It’s not that curved screen phones were not in place before today but what makes Oppo different from all is the 88-degree curve on both the left and right edges of the phone. This technology may remind you of Samsung’s S6 Edge but let us tell you that this is quite uniques piece. The edges of the phone are almost perpendicular to the front screen of the phone, as you can see in the pictures. 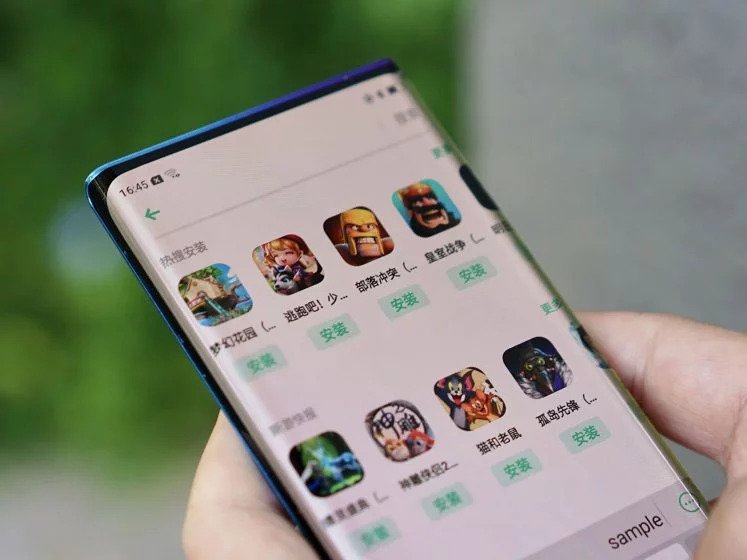 Bezels on the side are almost invisible while that of the top and bottom is very thin to the edges. Talking about the aspect ratio of the new Oppo phone, it is taller than other Oppo’s model. Oppo has experimented this 100% screen ration technology before in its Find X smartphone but this time it comes up with better than before. The new ‘Waterfall Screen’ phone has the possible ratio of 21:9 similar to that of Sony’s Xperia or Moto One Vision. The ultimate vision of Oppo is to give the highest screen-to-body ratio on a smartphone.

At the moment, we just have pictures to figure out about the new launch of Oppo. Apparently, there is no front camera in the new piece. Although, it may be possible that Oppo gives in-display selfie camera in its new Model. Also, Oppo has not unleashed much information about the hardware of its new phone but soon it can be in your hands to experience the same. 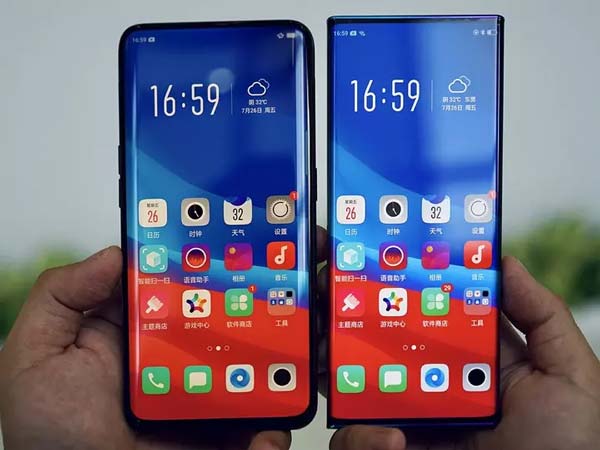 The width of the new Oppo prototype is very thin and looks like a box-shaped device. It is exactly opposite to the previous Find X model. Currently, the smartphone market is full of 90% screen-to-body ration but launching this new ‘Waterfall Screen’ phone, Oppo has initiated a new trend in the market. Hopefully, we can see more experiments with this new idea from other brands as well.

Tech experts are considering this new launch as the successor of Oppo Find X. On this grounds, Oppo’s sister company – Vivo, is also on the top of the rumor chart for developing similar successor of NEX. We can probably call it NEX 3 which is expected to have the same 100% screen-to-body curvature.

Looking at this attempt of Oppo to offer all-new technology to its users, smartphones are expected to go more immersive and impressive than ever. Let’s see what more Oppo has for all smartphone users around the world!