The Internet has snatched away from our data privacy. Technology is so widespread that what we are browsing, which websites we visit is all transparent to your ISPs. Thanks to VPNs that we can securely access the internet without revealing our online presence. There are several reasons why you should use a VPN so we have decided to compile a list of the best cheap VPNs you can buy without breaking the bank. First, let’s cover some key points about VPNs.

What is a VPN?

VPN is the short form of Virtual Private Network. VPN are widely used for adding security and privacy to Public and Private networks. The need for a VPN arises to escape from nosey intruders, government agencies, internet service providers, and organizations due to which your online privacy is under attack. 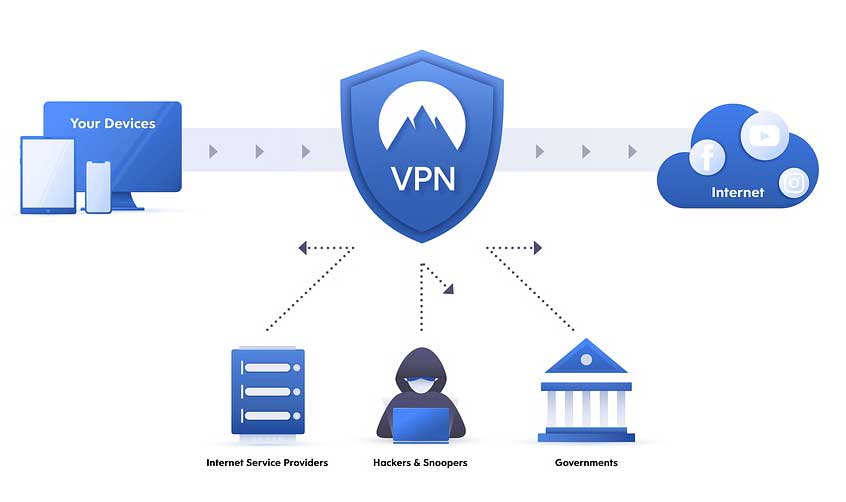 Through VPN, one can also access anything on the internet from any corner of the world, no matter if the website is restricted or banned.

What Matters in a VPN?

Finding an answer to this question is very important in order to pick the best VPN for your preference. After complete research and study, we have shortlisted 3 parameters to check in before you buy any VPN.

Privacy is a major concern behind developing a VPN. Hence it is the must-have factor that one should look for in the VPN. There are two main points of focus in this

VPN might slow down your speed for accessing the internet. It is because your server is shifted to some remote location. And this is common to all the VPN service providers. So, the major question that arises is how much the speed will go down. So, the best VPN is the one that provides maximum speed to let you stream HD videos and play games without higher ping.

No matter how robust privacy it gives or how speedy it is, VPNs should have an intuitive user interface and flexible customization settings. Plus, a VPN will also be judged on the basis of its customer support. Sometimes you do everything but unable to find what is going wrong with it. The customer care executive helps you out with it. Timely customer support is a very important element in the process of selection of the right VPN for you.

On the basis of the above parameters, we have made a list of top 5 VPNs that you can use to secure your browsing experience.

Cyber Ghost is best for people who want the combination of performance, privacy, and speed. The user interface is very simple that even a non-techy person can operate it easily. Likewise, Nord and Express VPN, the network of servers of the CyberGhost is also very vast with over 3600 servers spread into 60 countries. In terms of security and encryption also Cyber Ghost offers good services. It keeps no records of users or traffic. Installing Cyber Ghost is a simple task. Plus, there is no limit on bandwidth and speed.

Nord VPN is mainly designed for security but there are many other attractive features. It spreads 5400+ servers on more than 61 countries. This allows the user to connect to any server around the world. It offers high security through a 256-bit AES encryption server and can switch to TCP, L2TP, PPTP, and SSTP in no time. The user interface of Nord is also very easy to understand. It has round the clock customer support.

Ivacy is the Most economical, fastest & the oldest industry player with more than 10 years of VPN technology experience. It supports 100+ locations and has more than 1000+ servers. Setting up a connection is a breeze. It adopts a no-logging policy which means that the company has no records of online activities. It supports all the major platforms ( Browser Extensions, iOS & Android Apps, Windows & Mac Apps, Amazon Firestick, Android TV, DDWRT Router Applet, and many other minor platforms also covered. Conclusively, it is fast, simple, and easy to use.

It is all about playing games or downloading large files, Express VPN provides express speed with more than 3000 proxy servers located in around 94 countries. It has a military-grade encryption system of 256-bit AES. Express VPN does not take risk of securing users’ logs hence it follows no-logging policy. The other privacy features it offers are DNS protection, automatic kill switch, and split tunneling. Installation of Express VPN is easy on all devices including Windows, Mac OS, Linux, iOS, Android, Amazon Fire TV devices, Apple TV, PlayStation 4, Xbox One, and even Wi-Fi routers. It also has a 24X7 customer support system.

The focus of this VPN is on privacy and speed. They are based on modern cryptographic standards. It runs on a powerful protocol which is UDP and TCP ports. It offers great flexibility in switching between security and speed. Users can adjust the level of security and speed like one can opt for 256-bit keys with high security or mower down the encryption key to 182-bit or 129- bit, if your priority is to speed over data security. It has 110+ servers in 60 countries. The focused servers are in U.S, U.K. Australia, and Europe.