Danganronpa video games were first developed by a company called spike, which was later merged with another publisher called Chunsoft. This franchise currently consists of 9 games that form a series. These games are available for many platforms including PlayStation 4, Android, iOS, and Windows.

The franchise started in 2010 and has continued to add new games to the series to date. Also, in order to watch and understand the plot of the Danganronpa anime, you need to play some specific games first.  In this article, you’ll find all of the Danganronpa games in order, and play them to get a glimpse of the critically acclaimed story the series presents.

You can also check out this list of all Batman games in order of release and story.

The first game in this list presents you with a text-based visual novel genre with puzzles based on solving murders. The plot of the game is presented in a serious tone, but this is overshadowed by the humor of the various interesting characters that you encounter throughout the story.

The game has six chapters that you need to complete in order to progress. The premise of this game is based upon exploration of Hope’s Peak Academy, and parts of the school get unlocked as you move further in the story. Overall, this game provides more than 20 hours of gameplay and has been rated highly by critics. 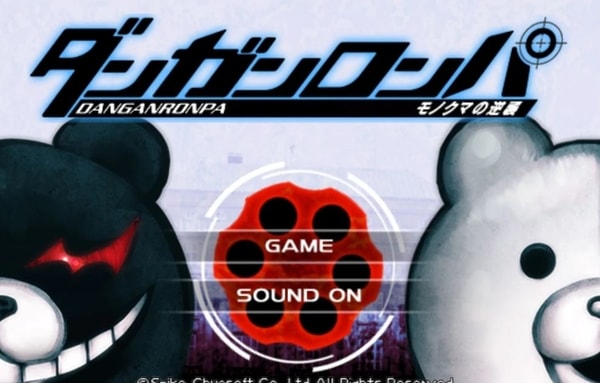 This is one of the games in the series that was released for mobile platforms and is a spin-off from the main game series. In this game, the main aim is to shoot at enemies that throw bombs at the player. The gameplay is based on completing 5 stages in order to progress through consecutive levels.

This game was released only in the Japanese market, but it is quite easy to download the application package from the internet and play it on your phone. This game also bridges the plot from the aforementioned title and continues it onto the next one.

This is the second release in the main series of Danganronpa. It was released in 2012 for PlayStation consoles and was ported to the modern PlayStation 4 in 2017. In this game, you play with the point of view of Hajime Hinata in Hope’s Peak Academy.

The gameplay involves walking around Jabberwock Island, and conversing with NPCs to reveal new information. The player needs to discuss and investigate murders around the island, and solve them. There are a lot of puzzles and text-based gameplay to keep you occupied for hours.

This game was released for PS Vita, Windows, and PlayStation 4.  It is quite different from the other titles in this series as it features horror elements. You play with the perspective of Komaru Naegi, and your objective is to survive in a city full of deadly Monokuma robots.

The gameplay involves using your hacking gun and tools to solve puzzles by activating certain machinery and disabling your enemies. You also need to search for hidden objects in the environment using the hacking gun to progress.

This game is a spin-off from the main series, but it connects to the plot of the first game in the series. The game features 3D graphics unlike previous ones and can be played on PlayStation VR and PlayStation 4.

Your main objective is to solve the murder of one of the characters introduced in the first game in a series of trials in the form of puzzles. The game also brings VR to the series for the first time, and it is definitely a great experience.

This is one of the recently released titles in the series, and it is available on PlayStation 4, PS Vita, and Windows. This game starts a new arc in the story and is not a direct sequel to the earlier games. Although the gameplay mechanics are strikingly similar to its prequels.

The game progress is marked by chapters and you control the protagonist from a first-person view. As you progress further in the story, parts of the map unlock. In each chapter, you need to solve a specific murder case. At the end of the chapter, there are also the class trials as seen previously in the older games.

Released in 2017, Danganronpa 1.2 Reload is a collection of the first and the second entries in the Danganronpa series. Both of the games are included, and they have been remastered for better graphics, sound, and newly added gameplay mechanics.

The new features include School mode and island mode, and this brings the new dating simulator mechanism to the game. The game also has been translated and localized for English-speaking audiences. It is available on PlayStation 4 and PlayStation 5, with backward compatibility.

This game was introduced in 2019 and features western localized versions of Danganronpa 1.2 Reload, and Danganronpa V3: Killing Harmony. This game is available on PlayStation 4 at the time of release.

The mechanics of the previous games have been maintained, and graphics have been improved to keep with the modern generation of consoles. There are also some bonus game modes included, such as island mode, school mode, love across the universe, and ultimate talent development plan.

This is a collection of all the main games in the series released for the Nintendo Switch handheld console. It also brings a fourth game called Danganronpa S: Ultimate Summer Camp. This game is board-based and features new interactions among the characters.

This game is still in development and is set to release on November 4th, 2021 in Japan, with a later worldwide release date on December 3rd, 2021.