Cord cuttings continue to rise due to increased costs from providers of over-the-top (OTT) streaming video-on-demand services, cable, and satellite. While paying for services like Netflix and Hulu is a great way to enjoy movies and tv shows, An over-the-air OTA TV tuner allows you to view free live television from local broadcast stations.

Although most televisions with RF inputs allow you to simply connect an OTA antenna, adding a digital video recorder (DVR) gives you the option of saving recordings for later viewing. See the top OTA DVR choices for 2022!

What is an OTA DVR?

You may get a DVR for antenna TV as well. However, digital video recorders are typically connected to regular cable and satellite television set-top boxes. Over-the-air antenna DVR lets you stop, rewind, pause and record live tv using an OTA antenna, just like cable and satellite DVRs.

As a result, it offers cord cutters a cost-effective alternative. You won’t have to pay the hefty expense of a cable subscription, and you’ll still be able to save TV programs for on-demand viewing.

The newest over-the-air television broadcasts are available with ATSC 3.0. You can send and receive up to 4K video resolutions with a great dynamic range using ATSC 3.0. (HDR). The top ATSC 3.0 OTA DVR on the market is Tablo’s ATSC 3.0 quad HDMI tuner.

Four ATSC 3.0/1.0 over-the-air tuners are onboard, allowing you to record up to four channels at once. For internet connectivity, it has Ethernet and Wi-Fi. To send audiovisual impulses to a television, projector, or monitor, there is an HDMI video output. You’ll also like a special infrared (IR) remote control for controlling devices.

You can connect compatible external hard drives to a USB connection to record with. Unfortunately, there is no built-in storage with the Tablo ATSC 3.0. Sadly, neither live nor recorded material can be streamed on or off your private home network.

Tablo excels in particular thanks to its top-notch software support. You may use Tablo’s excellent recording features and channel guide. The Tablo ATSC 3.0 Quad HDMI is a fantastic option if you want a next-generation TV OTA DVR with ATSC 3.0 capability but don’t need networked video streaming features. 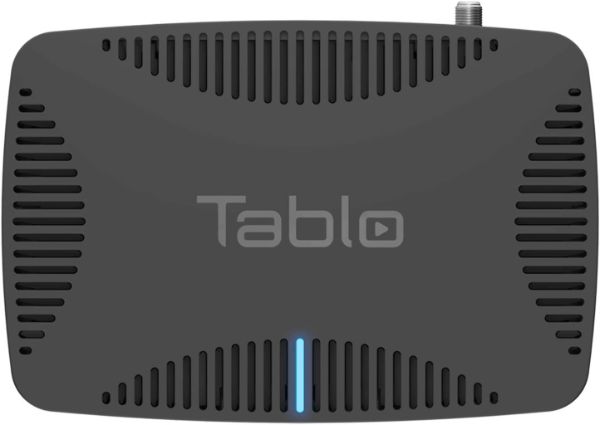 An excellent digital video recorder is the Nuvyyo Tablo Quad DVR. The Tablo Quad, as its name suggests, has four over-the-air tuners, allowing for an astounding four simultaneous streams or recordings. It’s a powerful device that can stream video to a variety of gadgets, including smart TVs, computers, cellphones, and tablets.

Additionally, an internal hard drive bay is provided for a clutter-free setup. Tablo’s software has features like ad-skipping and a channel guide and is generally easy to use. You may put the Tablo Quad anyplace in your house because it has Ethernet and Wi-Fi connectivity. However, since you’ll be connecting an OTA antenna directly to the DVR, it’s ideal to position the Tablo Quad where you receive the best antenna reception.

The Tablo Quad has space for a hard drive, however, it has no built-in DVR storage. Instead, you may install your own using an external USB drive or an internal 2.5-inch disc that fits neatly into the DVR itself.

Out-of-home streaming is unfortunately only supported by web browsers, Android TV, Fire TV, and mobile devices such as phones and tablets. therefore, no Roku or Apple TV support. The Tablo Quad is unable to play interlaced video, such as 480i or 1080i streams at 60 frames per second (FPS). It isn’t a problem with the Tablo; rather, interlaced transmissions can only be broadcast at a speed of 30 frames per second.

It would have to be dynamically re-encoded for a 60 FPS 1080i stream. Power users and cinephiles might notice, especially for sports, but the typical viewer would not. The Nuvyyo Tablo Quad DVR is still the finest DVR for cord cutters because of its balance of performance and use, which makes it well worth the price.

Furthermore, Tablo has a broad selection of devices for different needs and price points, such as the Tablo Dual 128GB with a 128GB hard drive and the Tablo Quad 1TB with, you got it, a 1TB hard drive. 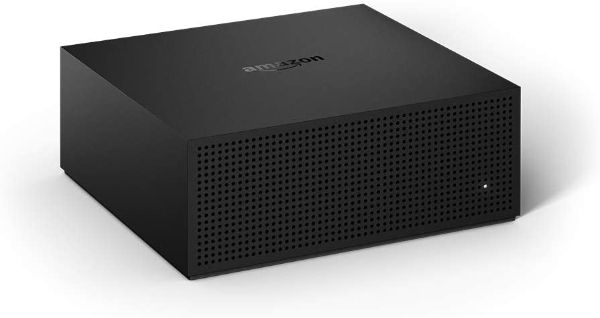 Two models of the Fire TV Recast are available: a 500GB dual-tuner model and a 1TB model with four tuners. The Amazon Fire TV Recast doesn’t require a subscription, unlike many rival DVRs. The initial setup is simple, and the channel guide is excellent. You’ll love the amazing remote streaming and the superb picture quality.

Its initial cost is quite considerable, nevertheless. Retail prices for the 500GB Fire TV Recast with two tuners are $230 and $280, respectively. Although not inexpensive, that represents a sound investment given the provided hard drive storage and the absence of costly applications.

To use the Recast, you’ll also need a Fire TV device connected to your TV or projector. Although Amazon Alexa technology is built-in, manual channel guide searches are still more reliable than using Alexa voice searching. Unfortunately, even with the four-tuner approach, it can only support two concurrent streams. However, the Fire TV Recast is a fantastic, user-friendly gadget that does not require any software subscriptions and comes with DVR storage. 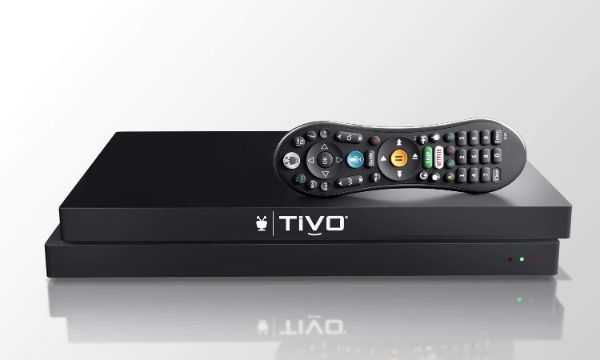 Although there may be other digital video recorders available, TiVo is undoubtedly one of the most well-known and well-liked hardware producers. The TiVo Edge OTA DVR offers an excellent, all-encompassing cord-cutting landscape. Both OTA antenna connectivity and support for streaming services like Netflix, Amazon Prime Video, Hulu, and YouTube are available. Additionally, 4K video output with compatibility for Dolby Vision and Dolby Atmos is available.

Up to 300 hours of high-definition video can be stored and four streams can be recorded simultaneously. The TiVo software is also very advanced. But there’s a problem. Despite how well-designed TiVo’s software ecosystem is, it is still expensive. A monthly, annual, or lifetime subscription will cost money. The Edge is a good buy for cord-cutting and streaming despite its expensive initial cost.

The Mediasonic Homeworx is a good option if the money is tight. An HDMI, composite video out, and an antenna passthrough are among its outputs. There has a USB port for attaching flash drives or hard discs to keep recordings, as well as an RF input for connecting an OTA antenna. It’s an absolute value of around $50.

Obviously, the Homeworx is quite basic. The MediaSonic lacks a sophisticated menu or channel guide, in contrast to over-the-air TV tuners and DVRs from brands like Tablo, SiliconDust, or TiVo. It’s a dated software environment. The Homeworx only supports external discs, unlike several DVRs like the Tablo Quad and Fire TV Recast which also offer internal storage. As a result, it doesn’t appear as organized and clutter-free.

Nevertheless, the MediaSonic Homeworx has a lot to offer, especially considering the cost. The formats that recordings are saved in allow for viewing on different devices. For older TVs, the composite video outputs are ideal.

The basic remote has helpful buttons for things like bringing up a programming guide or channel list. Additionally, there will be no software subscription fees. The inbuilt Homeworx software is fully free and functional despite not being particularly stunning.

An innovative way to cut costs is via an over-the-air antenna. OTA antennas are among the finest buys for cord-cutters because they only have a one-time payment and don’t require a subscription. Additionally, just like with a conventional digital video recorder from cable or satellite, an OTA DVR TV tuner enables you to save recordings.

There are several alternatives available at different pricing points. You have a variety of options, ranging from single-tuner DVRs to quad-tuner devices with built-in storage.

2 Ways To See File Transfer Speed on Your Mac