To Mac or not to Mac, that is the question! The never-ending debate on whether Windows is better than Mac has been persisting since the inception of the two operating systems. But, let’s be honest, each has its own greatness, and we are not trying to be diplomatic here; it’s just the truth. That being said, we still have to figure out where Windows is better than a Mac, in order to see what suits your needs, and which device can deliver that to get your work flowing. 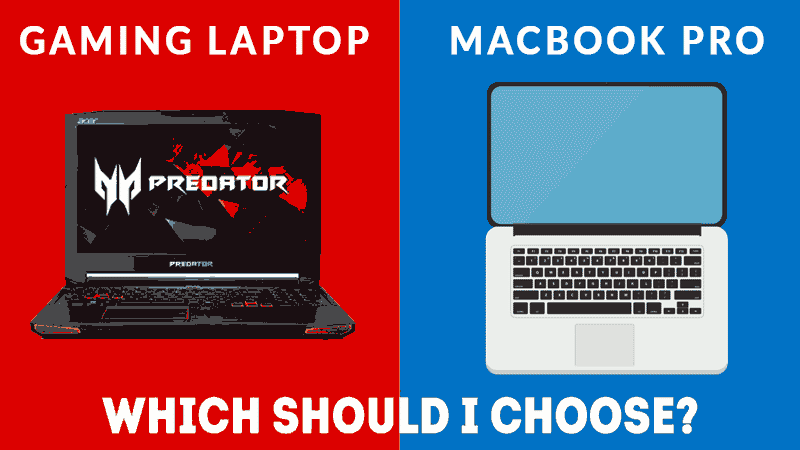 Gaming laptops come in many specifications around the display, thanks to the number of manufacturers producing them – FHD, qHD, 4K displays just to name the popular and hot ones right now, and this variety is for a good reason. The choice of display also alters the pricing, as better displays obviously mean the higher the potential of the laptop to be used for bigger things. For example, at least an FHD display is required for a person wishing to game using a VR headset.

Though, that is not necessarily a negative. MacBooks have constantly been setting the standard in the market for a reason – they provide gorgeous and crisp display, vivid and accurate color and deep blacks, and with crazy brightness levels – optimized to have all the juicy benefits of utilizing an IPS display.

This reason alone makes MacBook Pro better for any kind of screen-time, be it studying, image editing, media consumption, or gaming. To have something akin to this on the Windows side of things, you’d have to shell out a very pretty penny, almost or equal to the price of a MacBook Pro. 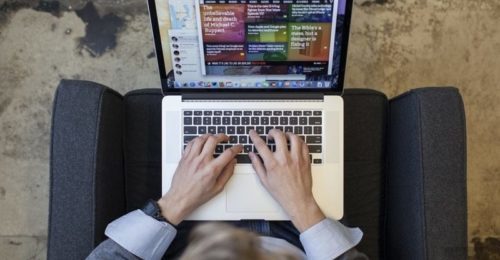 Again, just like the displays, you get a plethora of choices here as well. Intel and AMD, the two well-known chipset manufacturers keep upgrading their chips every year, making the power of these devices in handling things better and better. Windows gaming laptops get the options from i5, all the way to the recently launched i9.

However, most of the demand lies in the i5 and i7 market, as that is considered the sweet spot for both work and entertainment. While, of course, the bigger the number the better performance, consideration also needs to be given to the fact that the higher-end chipsets eat up the battery very quickly.

Read – How to Speed Up Windows 10 (Master Guide)

Care also needs to be given to thermal throttling, which, depending on the degree, makes your laptop feel like a cozy, warm heater or straight up toaster. Heat issues and chipsets are very particular, thankfully, in that, specific chipsets report heat issues, while others do not. The heat issues can also be rectified with software, fortunately.

What thermal throttling does is whenever your CPU ends up kicking things into high gear and overworks, it automatically generates high amounts of heat. This heat, if not vented properly, is definitely a bad thing that could potentially fry your motherboard. To prevent this, the CPU, sacrifice performance in order to cool down itself.

Well, that is the simpler explanation, and we also learn why heat dumping is very important to a computer. MacBook Pro is also powered by Intel, and now AMD, but the chipsets are better optimized to handle day to day activities for the best outcome between performance and battery life. The laptop does heat; no high-performance chipset is free of heating issues, but Apple’s optimization is nothing to scoff at. 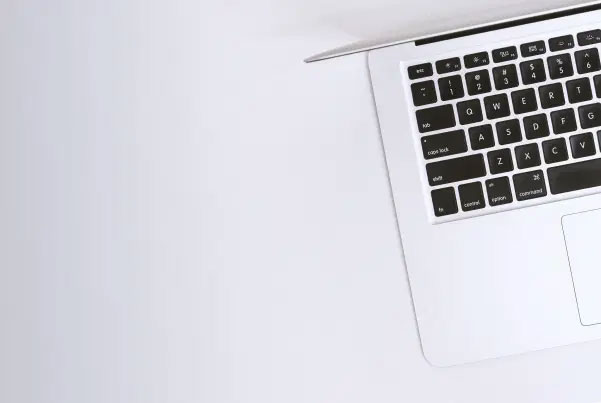 Fancy specs don’t mean anything if the device finds it difficult to stay awake for when the user needs it the most. Just like previously mentioned, because there are so many manufacturers working on Windows laptops, it is difficult to have an exact estimate of what the battery life is like. However, a simple rule of thumb is the better the graphics and processors, the lesser the battery backup will be.

This is to be seen in context of the chipsets in question, because the latest ones come with more efficiency, thus bringing in the grey to this black and white reply. CPUs, the ones with a quad core, have two cores clocked at lower speeds, and two at higher speeds. This way, when there is nothing intensive running on the device, it works on the lower speeds, thereby conserving a lot of battery but switching to the higher clock speeds whenever performance cannot be sacrificed.

However, even as you consider all this for a Windows gaming laptop, nothing beats the battery performance a MacBook Pro delivers, for just one reason: optimization. As was previously said, Apple chooses the chipsets that go into its laptops and has them optimized to strike a perfect balance between daily performance and longevity. 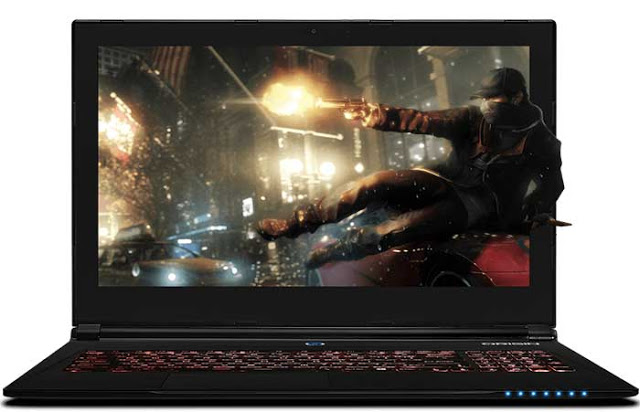 First, let us get the audiovisuals out of the way. Nothing beats MacBook Pro. The visuals are crisp and the IPS display modified with Apple’s patented Retina Display ensures you are viewing the most gorgeous screens to have ever been put in a laptop. The audio, also, is loud, crisp and hits all the notes for an in-built speaker system. Now, would an external audio setup trump the Mac’s performance? Of course, it would, but if you are getting a Mac, rest assured that you are in for a treat whenever you consume media.

Read – Are Laptops Good for Gaming? Laptops Vs Desktops

However, where the MacBook Pro loses, and probably loses horribly, is when it comes to gaming. Windows gaming laptops are built with one purpose in mind. These laptops with their dedicated graphics card, AMDs, and NVIDIAs, ensure that the gaming experience on them remains unbeaten.

Invest in a laptop with a medium to high-end graphics card and you are set for most of the recent title releases, even the latest ones but just maybe not on its ultra-high settings. Further, if you look at the build of gaming laptops, you see that they are not size restricted. They come with uncompromised venting, either through the in-built fan, or via thermal throttling software.

This ensures that games run smoothly when required. Not to mention, just the range of games available for Windows, with even Microsoft producing them, is supreme; another thing that a Mac just seems unable to match!

Apple, having paid more importance to the form of MacBook Pro, and uniformity of said form, lacks the ability to contain heat in an as efficient way as gaming laptops do. Use the MacBook Pro for something not super intensive, or even intensive tasks once in a while, and you are good to go, but if you keep hitting it with intensive tasks over and over again, the heat (also owing to its metal body), will become too much to bear.

Now, the device does come with a dedicated graphics card with 4 GB memory, but here comes the second problem: Mac just does not have as many titles to play as Windows does, and so taking us back to Windows. But you could always use cloud gaming services to stream video games.

Let’s say you do find the games you want on Mac, the screen refresh rate, a mere 60Hz on the MacBook Pro, kind of ruins the experience. Screen Refresh is a term that denotes the number of times the screen refreshes itself in a minute.

Most gaming laptops go for 120 Hz as this avoids screen tearing and ghosting in extremely fast-paced games such as shooters. In sum, if you seek immersive media consumption, go for the MacBook. If you need it for media editing purposes – picture or videos, go for the Macbook Pro. If gaming is the end goal, go for a Windows gaming laptop with a dedicated graphics card with at least 4 GB memory.

Now, the longevity of a laptop depends on two things – the user friendly environment, including updates and availability of compatible software, and the customer service post-sales and post-warranty.

Whether or not a particular operating system is easy to use really depends on what the user is used to, and what he is seeking. While it is not extremely difficult to pick up on either operating system, with the help of the internet, it is widely believed that the Windows is more lenient with compatibility and the presence of a wide array of software support that is superior to Mac.

That said, here is the grey area: while Windows does support a lot more software, therefore making work seamless and all the more efficient, the operating system itself does not receive as many upgrades. You do receive the updates to security and virus definitions, and bug fixes, but Windows rarely receives an automatic upgrade into the next iteration.

The version you have when you purchase your device is usually the one that stays. Also, because of the variety of chipsets being used and the numerous advancements they undergo, the chipset powering your device is easy to be forgotten soon. This is not a justified purchase if you are paying a premium for Windows. MacOS, while unable to support most of the software, last’s at least 5 years with no issues owing to the uniformity and the constant updates it receives, ensuring that the MacBook Pro always offers its user the best.

To conclude, we reiterate what was said at the beginning of this article: neither of these operating systems is any less than the other. It all boils down to what you, the user, wants and wishes to use the device for.

A MacBook Pro or a high-end Windows gaming laptop is an investment that takes a lot from you, but also does give you a lot. You will have to take your time, note down what you need, and check which of these devices fulfills your needs before you take the plunge.