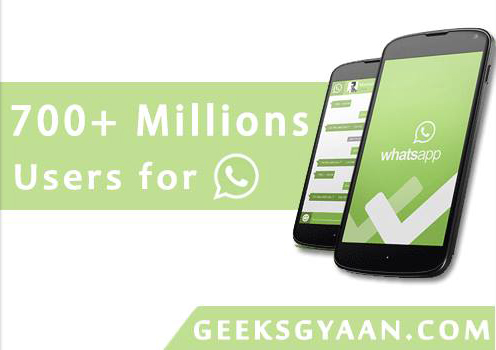 WhatsApp is the fastest growing cross platform messaging application. The recent update of whatsapp added more privacy features. It is growing massively and has became an alternative to text messaging , every one uses whatsapp as it get easily integrated with your default contact list.

According to WhatsApp BI Intelligence Estimates whatsapp has rapidely grown since past months. Last august company has announced of gathering of its 600 millions users. WhatsApp is not only the source of sending text message its also the source of sharing information in all rich media formats.
Recent audio call rumors of whatsapp will definately increase its existence in the market. There is no proper alternative of whatsapp thats why whatsapp has became the first choice of 700 plus users.
Have a doubt ? Comment below