The Lumia 640 XL is a 5.7-inch phablet, which has been launched with a price tag of Rs.15,599. Microsoft is also selling the Lumia 730 in the same price bracket, which is also a successful and best-selling smartphone. Let’s find out which one of Lumia 640 XL and Lumia 730 is better.

On the other hand, the Lumia 730 sports a comparatively smaller 4.7-inch OLED capacitive touchscreen display. This ClearBlack display also produces an HD resolution of 720 x 1280 pixels, but at a better pixel density rate of 316 pixels per inch. The display of Lumia 730 also features Corning Gorilla Glass 3 protection.
The Microsoft Lumia 640 XL sports a comparatively bigger display. However, color production is better on the Lumia 730.

Both, Microsoft Lumia 640 XL and Lumia 730 are multi-tasking smartphone devices, which can run various processes together. You can install and run almost each and every application present on the Windows Phone Store on both these smartphone devices. For gaming, the Lumia 640 XL and Lumia 730 won’t disappoint you and would easily run all major addictive games. However, they are not made for playing high-end games with very high graphics.

The Microsoft Lumia 640 XL and Lumia 730 get a Qualcomm Snapdragon 400 chipset with 1.2GHz Cortex-A7 Quad-core processor. With 1GB RAM, both these devices would not slow down or hang while running multiple applications simultaneously.
For software support, both these smartphone devices run on latest Windows Phone 8.1 OS with Lumia Denim. Also, Microsoft had officially made it clear that both of them would get the Windows 10 update by the year end.

For storing applications, games and other files, the Lumia 640 XL and Lumia 730 offer 8GB on-board memory. However, if you want to carry more data or music on-the-go, these smartphones can support memory cards of up to 128GB.

While comparing, we found that they both Microsoft Lumia 640 XL and Lumia 730 are total value for money deals, which are worth their asking price tags. And hence, we leave the final decision in your hands. Buying any of these two would be a great decision.

Author Bio –
The article has been written by Kundan Srivastava, who is passionate about technology. He’s working at 91mobiles.com and writes about the latest in the tech domain, right from devices to innovations. You can follow him on google plus. 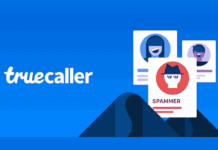 How to Remove Your Number From Truecaller Listing? 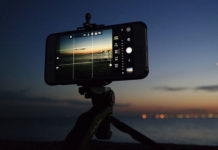 How to Record Cinematic Videos on iPhone 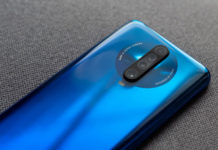