If you are an owner of a smartphone, then sooner or later, you will want to install some apps just for amusement in addition to a standard set of applications (calculator, alarm clock, phone book, etc.). In such a case, you will most probably want to choose something really special. Something that will impress even the most seasoned users.

We would like to present a list of the 10 best Android augmented reality apps, each with a user-base consisting of thousands of fans all over the world. 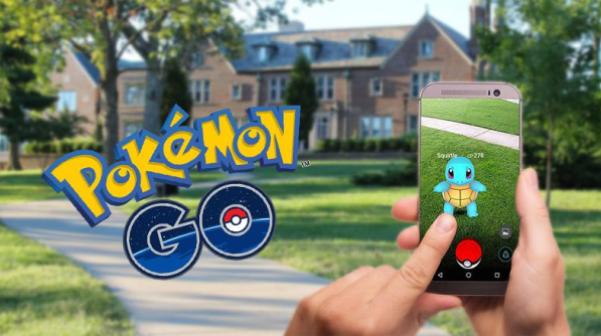 It would be completely unfair to start our list of the best AR apps with something other than this fantastic game. Thanks to this app, even the people living in the farthest reaches of our planet were able to discover an augmented reality. Of course, we are talking about Pokémon Go – a Niantic company’s offspring.

The application uses data received via GPS online (which is a quite precise technology; you can be located by four GPS satellites at once practically anywhere) and puts a Pokemon (one out of 150 possible virtual creatures) over the camera image. A user has to catch them, in their turn. Notice, that even despite quite a brief description of the game rules, the Pokemon Go is so intuitive and comprehensive, that even the children use it without any problems. Undoubtedly, one of the best augmented reality apps for Android out there.

In addition to the success of Pokemon Go (which, according to independent calculations, has been downloaded by 500 million people all over the world already), the Niantic company managed to create another prominent mobile game – Ingress. However, Ingress is based on a conception that is not so simple and universally accessible. It, in fact, encourages the users to master a novel kind of energy – eXotic Matter, which, according to the developers’ idea, has recently been discovered by French scientists.

Players can unite into teams and capture the so-called portals. In reality, the portals are put over the points of interest and tourist attractions. In order to find them, the users must walk, travel and discover the new locations similar to the Pokemon Go’s concept. Notice that the game features paid content. In particular, for those players that have to deal with anomalies. 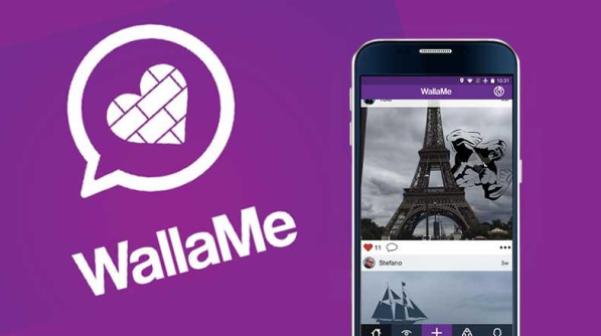 An unusual gaming AR camera app. WallaMe is a special AR-based mobile software that provides its users with the ability to leave messages at any point of the world so that other WallaMe users would see them visiting that certain place later on. Quite an interesting conception, wouldn’t you agree? All you have to do in order to write something is take a picture of some fragment of your environment, upload it to the app’s editor and draw a message over that picture. The message can be both public and with restricted access.

However, the WallaMe’s idea has some disadvantages. From a practical point of view, many people will never be able to see messages because they just do not have the application installed. On the other hand, that is exactly what makes the WallaMe’s user-base feel exclusive in some way. That is the factor that helped the app to get downloaded a couple hundred thousand times.

Who did not love the mega-popular “Ghostbusters” movie back when we were kids? That is, probably, what the success of this augmented reality camera app is based on. SpecTrek is an AR game that augments your environment with various ghosts and poltergeists which, according to the basic conception, you must catch. Each player is provided with extremely useful equipment. That is, firstly, the ground maps and radar for ghosts detection. Additionally, the users can watch statistics to check the achievements and get titles and rewards.

All in all, we consider this app to be a must-have. Do not waste time and install the SpecTrek on your smartphone to feel yourself in the boots of Dr. Egon Spengler, Ray Stantz or Peter Venkman.

In recent years, smartphone user-base has grown to be as extensive as never before. Today, a kid with a smartphone is a kid who clearly understands that there is much more to that interaction than just a random button mashing and cartoons viewing. That is why the developers of Quiver decided to create an application composed as a 2D book which can be placed on top of your desk or on some other horizontal surface.

The app’s content includes the Crayola coloring books. That is a great guarantee that the Quiver will be engaging more and more little fans with time (what child would not love to draw something in the digital Crayola coloring book – a concept we could only dream about in our times). 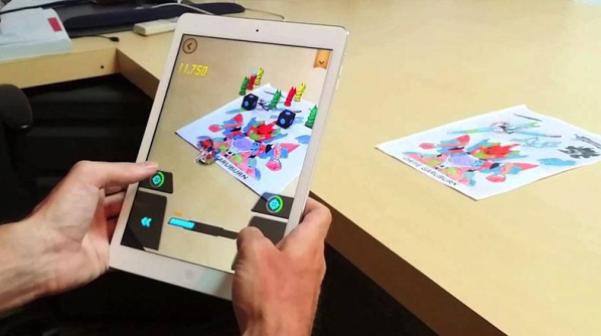 In order to use the application, you only need to download a coloring book to your smartphone. But that is not all. After all the blank fragments are colored, the pictures come alive and start to literally move to the music. Such a feature makes the Quiver interesting for both children and grown-ups.

You just cannot miss this AR game if you consider yourself a fan of games in the horror genre. Ghost Snap is an interactive application that will make you stroll in your house or in your city streets looking for ghosts (similarly to many other trendy “creepy” apps). The “gameplay” is accompanied by the atmospheric, suspense music. So, if you are not afraid of getting “killed” by an atrocity in the virtual reality – wait until the night falls, turn your headphones up to the max and on you go for the adventures!

This mobile software is guaranteed to not leave you indifferent if you are a travel enthusiast. Wikitude World Browser employs the augmented reality conception to provide the users with the ability to find out details about the local attractions when they discover a new place. Thus, it transforms and freshens up your usual way of traveling. You will not have to follow the boring tour guide and visit the points of interest predefined by the excursion. You can compose your own route and find info on all the landmarks right in the browser via this app.

But that is not all the Wikitude World Browser is capable of. It can also be used as a required establishments finder. You can view the sought hotels, restaurants, bank departments, etc. using the capabilities of Yelp, TripAdvisor and other similar software.

The IKEA’s trademark software that made it possible to view the products from a catalog in the real world (from home or office, for instance) is a founding father of the design apps based on the augmented reality technology. The Augment app is its enhanced analog. It enables you to download the models of all possible kinds of furniture and decorative components without the attachment to a certain trademark.

According to practice, this software is most commonly employed by the owners of a local business in the furniture manufacturing sphere. But you can go even further with it. For example, you can use the Augment for buildings’ 3D miniatures construction. And, although the app seems to be a bit complex to figure out by the rookies, believe us, it is something undoubtedly worthy of your time. 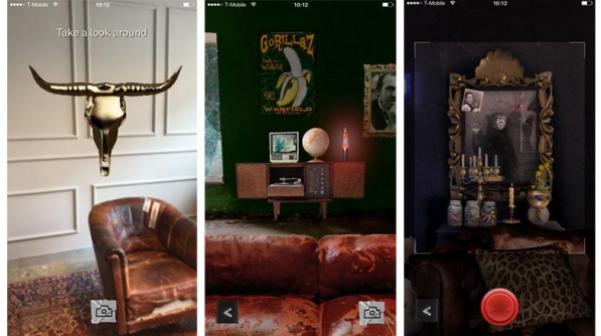 As you may know, Gorillaz is a mega-popular Britain music band, the participants of which are animated characters. It is absolutely not surprising that in the era of colossal software development capabilities, the creators of the band came up with the idea to launch their own application. Remember the incredibly vivid Gorillaz music videos filled with the quaint characters? Now, you are able to witness these cool heroes with your own eyes in the 2D format – they will stroll about in the vicinity of your house! Additionally, you will also come across their tracks and experience the pleasure of listening to their quality music once again. 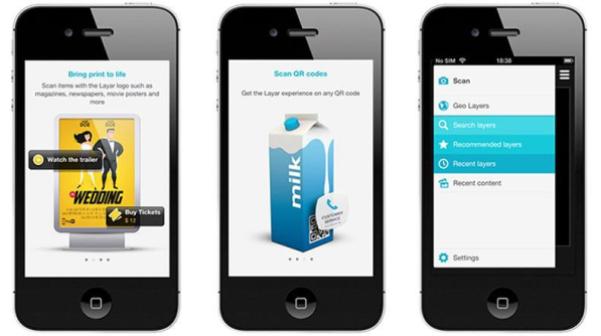 This mobile software displays a digital content over the real environmental background on the user’s smartphone screen. Actually, the Layar app scans QR-codes, logos and other similar objects with the “Layar” mark on and displays a vivid image or an animation that cannot be seen in the real life. Wondering where exactly to find such markings? These codes and logos can be situated anywhere from the regular printed editions to the grocery packages. Furthermore, you can share the downloaded content with your friends due to integrations with social networks, which makes the Layar user experience ever so engaging.

Presented above is the list of the 10 most popular AR-based applications for an Android platform (by the way, each of them can be safely downloaded to iPhone as well). The conceptions of some of the listed solutions can inspire you to create your own AR-based software. So, if you starting to think about the development of a similar mobile application, do not waste your time and employ the services of the experts.

8 Best Alternatives To ChatGPT That Are Worth Considering

How to Earn Real Money Playing Online Games in 2023

Please consider pausing the Ad-Block extension temporarily, this would help us support our small website 🙂