Have you ever played the classic snake game? We are sure you won’t say no!
Well, everyone has played that snake game. If you haven’t, probably you are born in the era of games like Candy Crush and PUBG. It was the time when keypad phones were in fashion and playing snake game was the favorite leisure hours.

Today, this is the time of AI and high definition video games on smartphones. Although Slither io was now old school, the craze and excitement of growing the longest snake ever is still alive. Here in this article, you are going to know about some of the best games similar to Slither io. 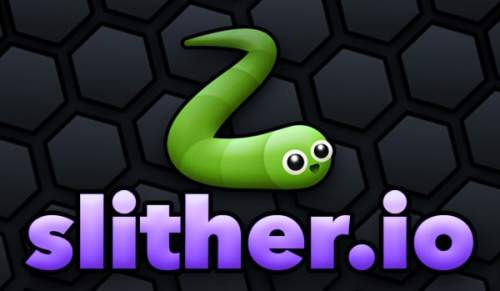 Among all the games like Slither io, this one offers you unique skins of supervillain and superhero to make over snakes. This interesting game is simple, yet have the power to engage you for hours.

Just like any other slither io game, this is also a colorful, interesting, and fun snake game offering you to play with snakes. The game becomes more challenging when your snake in the game grows longer and longer.

This is one of the few games like Slither io that enables you to play with 3D snakes. The small worms are also in 3D that takes the fun in the game at the next level. You feel as if you are playing with real snakes. This is a multiplayer game where you can play against either system or any of your friend.

The multicolor snakes in this game look very attractive and charming. Once you play this game, you will always want to play it in your leisure time. Playing in the online mode, you may challenge and play with other players in the game.

In our list of games like Slither io, we can’t miss adding this snake game. Reason being its immersive graphics and quirky sounds of eating targets by Snakes. The speed of crawling of Snake in this game is very speedy that keeps you on your toes while playing this game.

In this interesting snake game, your aim is to ditch other snakes on the ground and eat as many candies as you can. The more you play, the more you earn diamonds in the game. These diamonds differentiate you among the other players in the game.

Another game in our list of games like Slither io is “insatiable io snakes”. This game is a combination of both arcade and adventure game where you as a snake in the game have to hit other worms on your way through your horns.

Slither Snake Worm is a simple looking game with the arcade style of playing Slither io game. The gameplay is the same, you have to catch and eat other worms and snakes on your way and grow as bigger as you can. There are multiple skins through which you can keep changing the look of your snake.

Though the game is not exactly like Slither io, it is a good alternative to try if you are bored of playing the same snake game. In this game, you need to do a simple thing of growing your cell by eating others. To survive longer the simple and easy funda is to eat others and save yourself from being eaten by others.

The game is presented by the developers of Agar.io. The objective in the game is to shoot and smash the other blocks and increase your XPs and earnings. With these earnings, you can then upgrade your weapons such as tanks, powers ups, etc.

Another game in our list of Games Like Slither io today, Wormate.io is fun and engrossing game that you can’t resist it playing for hours. Your warm in the game has a variety of food to eat which includes, Sweets, Donuts, Cakes, Snacks, and so on. Crash other worms and survive till the last.

One of the games like Slither io is Hex.io. ‘Hex’ is the short form of Hexagon which is the twist in this game. It is an online adventure game, where being a snake in the game you have to find your way through Hexagons all around.

This game is available in both the modes for all types of players, online and offline. The idea in this game is the same that you have to keep your snake alive as long as possible. The graphics and interface of the game are very alluring that won’t let you get bored anytime.

Among all the games like Slither io in this list today, this one is very different and based on an innovative idea of Voodoo. By the first look of the game, you might think that it is very simple to play but in reality, it’s the hardest game to play.

String.io is another game “.io” series where the motto in the game is to grow your territory by expanding area. The colorful interface of the game is what attracts the gamers to play this game more and more without getting bored.

The first io game was Agar.io which was created by Matheus Valadares from Brazil. After that many io games are flooded the internet.

What Are io Games Coded In?

IO games are generally coded in ‘Javascript’. The other languages these game developers use are HTML, JQuery, and CSS. Even Java Applet is sometimes used but it’s rare.