The new Nvidia ampere graphics card is going to launch soon and this time it is much faster than ever. The size is compact than all the previous-generation graphics cards launched so far. Ampere is going to be the new successor of Nvidia’s generation of RTX cards. With many advancements, this new Nvidia graphics card is based on Samsung’s new process node. The expectation of gamers are set very high and the card is expected to perform much better than the present one i.e. 20-series of Nvidia GPU. Nvidia has added many new things in its next-generation graphics card. 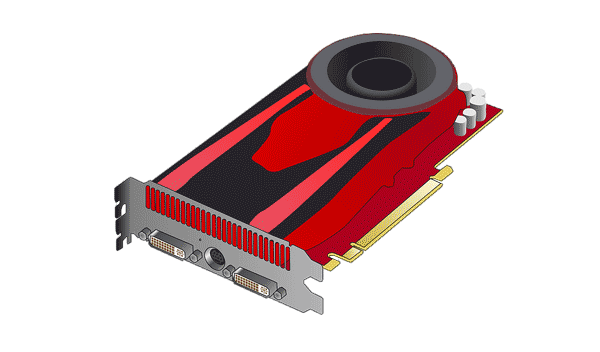 Nvidia’s new graphics card is based on a process node. It has 12nm TSMC design inherent from the RTX series and a 7nm process node from Samsung. In order to reduce the production costs and improving the efficiency, Nvidia makes use of Samsung’s EUV (Extreme Ultraviolet Lithography) process.

Over Nvidia’s own RTX cards and AMD’s upcoming alternatives, Ampere’s performance is super fast. This is of course due to the drop of 12 nm to 7 nm and of course the new EUV process. Therefore, it is for sure that there is a lot of room to raise the capability bar of the cards.

With this, it is to be noted that Samsung’s own 7 nm EUV chip and Samsung’s own Exynos 925 SoC delivering finest performance. Although the improvements are just about 8 nm to 7 nm the performance is better.

Altogether, it is anticipated that ampere will offer a modest performance apprehension over Nvidia’s turning. Also when compared to AMD’s upcoming Big Navi 20 graphics card, which is expected to launch in 2020, this gives a strong challenge to the graphics cards today.

Read – What is Ghosting In Gaming?

With regards to the performance, there are not many details available but the ray tracing feature of Nvidia is clear. It is very predictive that Nvidia will continue to follow the new lighting technology’s compatibility in the new graphics card. Just like turning, Nvidia makes it the part of Ampere too. Thus most of the games will be supportable.

So far, Nvidia didn’t make any official announcement regarding the launch date of its new graphics card. However, if count on reliable tech sources, it will probably be available by the end of the first half of 2020. As there is nothing official, the date may be revised.

The pricing of Ampere is still a mystery. But that’s obvious that Nvidia continues its pricing standards as set by Nvidia’s RTX series. So accordingly, the new graphic ampere card possibly couldn’t be less than 1000$. Nvidia’s competitor AMD cards will also influence the price factor.

There is no lack of fast RT cores and general GPU enhancements in the new Ampere. There will be no surprise that Nvidia market its top card with 4k supportable with ray tracing, though frame rates are limited. Gaming and designing are now going to take a new turn with the new Ampere card.