Bitcoin has been the subject of worldwide praise and skepticism since its launch in 2009. Owing to its unique nature and its base in Blockchain technology, Bitcoin has left many people confused yet intrigued. However, there is a noticeable increase in interest and the number of people getting into the world of cryptocurrencies.

The biggest reason people are doubtful about Bitcoin and other cryptocurrencies is the pain of filing crypto taxes on Zenledger.

Cryptocurrencies are a complex subject, to begin with, but the lack of set laws and regulations for the same has caused massive amounts of confusion. Countries like India do not have set rules for cryptocurrencies, and as a result, people are unclear everything crypto-related. This includes Bitcoin tax evasion.

Every crypto trader or a person who has at least considered becoming a crypto trader has asked themselves if they can successfully avoid Bitcoin tax evasion. It’s a question pondered by many to this day.

While most Bitcoin owners want to comply with IRS regulations, many owners and traders try to avoid Government intrusion through Bitcoin tax evasion.

If you sell your Bitcoin at a profit within the last year, you will be liable to short term capital gains on your tax return. 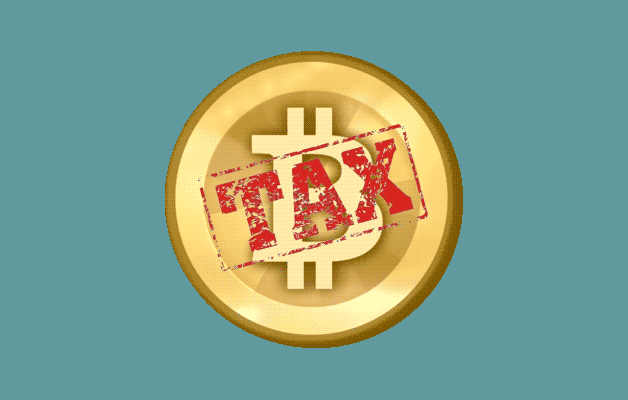 The IRS expects the taxpayer to track and pay tax on Bitcoin and other cryptocurrencies. You are expected to comply with the tax code, irrespective of whether or not the IRS knows of your crypto transactions.

Hence, you must keep track of every Bitcoin purchase. Each cryptocurrency purchase is considered a trade lot.

When you sell your cryptocurrency (like Bitcoin, in this case) or use it buy goods, you need to keep track of which trade lots included sales, as sales trigger taxable events.

The Internal Revenue Service has started mailing over 10,000 letters to cryptocurrency traders, warning them harsh penalties should they fail to report and pay the tax on their crypto transactions.

The IRS is sending out three versions of one letter, depending on the information it has on the recipient. In one version of the letter, the cryptocurrency holders required to sign a statement saying that they comply with the tax rules that treat digital currencies as stock or property.

The list of names appears to have come from a database consisting of 13,000 account holders who have purchased, sold, sent or received digital currencies worth $20,000 or from 2013 to 2015.

A major digital currency exchange called Coinbase handed the database over to the Internal Revenue Service in March 2018 as per federal court order.

Tax lawyers have told their clients that they ought to take Bitcoin tax evasion busting threats seriously.

Since 2009, over 56,000 Americans who attempted Bitcoin tax evasion in offshore accounts have ended up paying over $11bn to rectify their tax issues.

Getting paid in Bitcoin is hugely confusing. If you accept Bitcoin for services, it means you have earned income. This implies that you owe regular income taxes.

You also have to pay self-employment taxes. The same law holds you have mined Bitcoin.

Once the Bitcoin is mined, and you pay income tax, it enters your inventory as a trade lot.

Subsequent gains are subject to long-term or short-term capital gains tax, depending on how long you hold the Bitcoins.

If you were to be mining Bitcoin, accepting it as payment, and also receiving it as rewards on your credit card, there would be a lot of confusion.

In addition to this, if you were to use it daily to purchase your groceries, you would be taxed.

In other words, nearly every transaction is taxable. It seems that the whole purpose of having a cryptocurrency is defeated. The use of a currency designed to avoid Government intrusion has been made unnecessarily confusing and challenging by the Internal Revenue Service.

What can you do about it?

The best way to avoid getting in trouble for Bitcoin tax evasion is by getting a crypto tax calculator to keep track of your taxes. There are numerous tax calculators at your disposal, and they are easy to use. Some of these calculators are:

ZenLedger is one of the better known Bitcoin Tax Calculators on the market. Its design and user -friendly interface significantly simplifies Bitcoin Tax transactions. Creating a tax report Bitcoin details is a breeze.

ClearTax has a calculator that you can use to calculate Bitcoin Taxes. The platform requires basic details like how you acquired your Bitcoins, the price of your Bitcoins at the time of purchase, the sale price of the Bitcoin, and how long the Bitcoin was held before the transaction.

CoinTracker is a simple platform that helps you file your Bitcoin tax reports. It also auto-fills your tax forms. All you need is an email address to open your account on Cointracker