PUBG – The most sensational and popular game of 2018 as well as 2019 among game lovers. PUBG doesn’t need an introduction. If you’re here looking for ways to fix “PUBG Servers are too Busy” error, then you must be the champ of the game.

Like you all know that in PUBG, the server error is always an issue right from the launch of the game. However, in the past two months, the problem emerges as a serious issue for regular PUBG players. Players have reported that the error becomes frequent. This article brings all the possible methods to fix such errors for a seamless gaming experience.

How to Solve “PUBG Servers are too Busy” Error

PUBG is quite a popular game worldwide. So many players try to connect to the servers with every passing minute. So, it’s not surprising that servers are overloaded and hence throwing the error, “Servers are too busy, please try again later”.

Why PUBG Servers are too Busy Error Occurs?

More Players From The Same Location

The prominent reason behind the Pubg Server busy error is many players are requesting to play from the same location. The servers have their own limits to handle the traffic beyond which it denies the game loading. There is a peak time to play the game like Sundays and Midnights, and that time the server overloads and forced to show the error message, “PUBG Servers are too Busy”.

When Server is Under Maintenance

Another reason is that the server lies under maintenance. PUBG developers timely release updates and some of these updates don’t affect the gameplay. Players can install the update and continue playing the game as usual. However, sometimes server maintenance takes time like adding of the new servers, updating existing servers, and alike. So, when the server is under maintenance, players see the error, “Servers are busy, please try again later”.

“Down Detector” is a useful website that detects if the other players on the same server are also experiencing such issues. It displays all the reports of error within an hour. Moreover, there are comments by the users which is very helpful in finding fixes and resolutions for fixing the errors.

How to Fix “Servers are too busy, please try again later” Error in PUBG

If you too are looking for the trick to fix the “Servers are too busy, please try again later” error on PUBG. then don’t worry, you’re not the only one facing this. There are many other PUBG players who are facing the same error every now and then. We have brought to you some of the best ways to fix this error.

If your PC is unable to connect with the PUBG Servers due to a busy network, the first and foremost thing you need to do is try reconnecting the game again and again. This might helps and you will be able to start playing PUBG with no apparent gaps and spaces in between.

If you have done reconnecting several times, and it’s not working then try resetting your internet connection. Sometimes a poor and slow internet connection also causes issues. When you connect to the internet, try to reconnect the game again and see if it is working.

Resetting your Modem settings also helps in such a case. Turn off your Modem device by long-pressing the power button and restart it again after 5 minutes. Rebooting your router or modem can fix several Internet connection problems, like improving slow connections and resolving the wireless issues. This is also a helpful way suggested on most of the PUBG forums.

When nothing gives you the definite answer of how to Solve “Pubg Servers are too Busy” error, the most obvious thing to do is change the servers. As it is being said earlier, that it’s evident that the server can’t take a load of so many playing requests at the same time, so the crashing of the server is logical. The best solution is to change the servers and continue playing the game on another server. Although you might face higher ping issues while playing on other servers.

Read – Fix PUBG Lite is Unavailable in your Region

Turn Off The Firewall

The firewall could be the root cause of not connecting the PUBG game to the servers. The firewall installed on your system might be preventing you to connect with the main servers blocking the game to run. You may turn it off if you are desperate to play the PUBG game on our Windows 10 PC. Take help from the steps given below to turn off the Firewall. 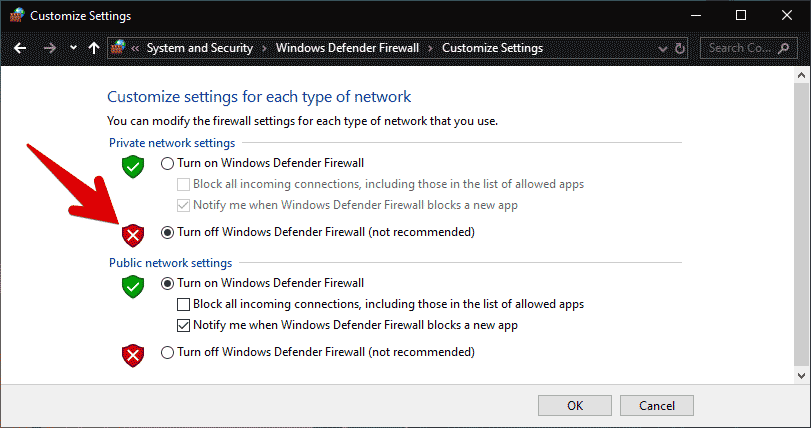 These were a few ways to fix PUBG servers are too busy error, if you are facing lag issues in PUBG then check our article on how to Fix Lag in PUBG lite.

How To Save Money When Refinancing Student Loans

How To Track Your Website’s Performance With Enterprise SEO Tools

Unfollowgram Alternatives: 10 Apps To Find Out Who Unfollowed You