Many apps have come and come, but only those that stood out made a mark and stayed. TikTok is one of those apps that is actively used by many people across the globe and has been quite a hit among different age groups. It started as a lip-syncing app and has grown into something different. People now upload videos of not only their dances but other creative things too.

However, even with its popularity, it has been banned in certain parts due to problematic content being circulated through it. If you enjoyed working with TikTok, we have found the best alternatives to it that will be discussed in this article:

This app was initially launched for apple users on iOS but has made its presence known on android too. It allows the users to edit their videos with different tools such as trim, slow motion, zooming, etc.

They can also add music and effects to their video. In addition to this, there are several filters, stickers, emojis, etc., to enhance the videos. Just like TikTok, you can share your videos and gain followers. 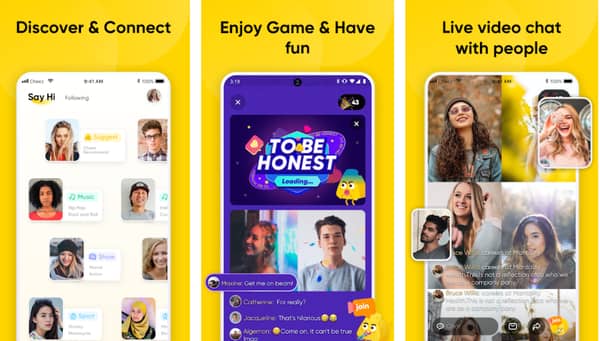 Loaded with amazing filters, this is another TikTok alternative that users can engage in. This is a better option for those users who take vlogging seriously and wish to do something in that area.

There is a reward system wherein the users earn a prize if their posts cross a certain number of followers. Even the people who just like watching people on this platform are rewarded. To make this platform fun, there are battles in it where different users compete against each other. 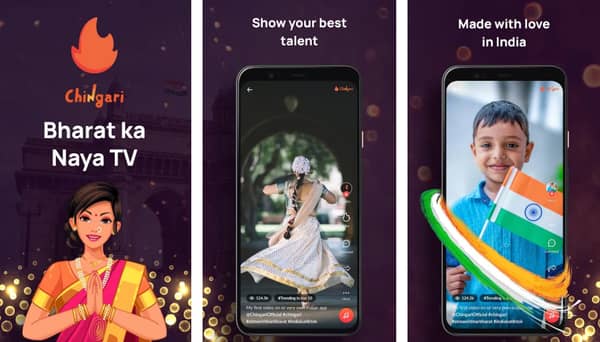 For Indians, this platform has become the new TikTok. While it has been around since 2018, it gained recognition after the removal of TikTok.

The users simply upload their videos, which get viral and they get paid for the same. It might lack in terms of certain features as compared to other alternatives, it is still preferred a lot over other apps due to its ease of use. 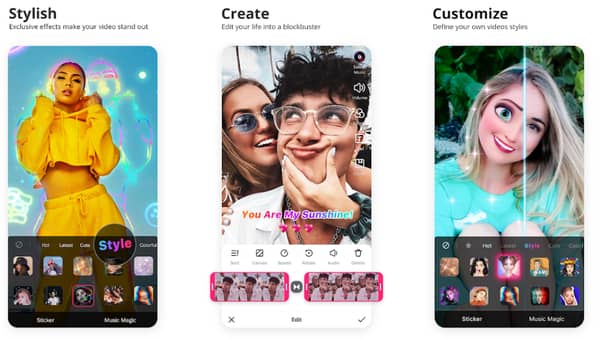 This app has also been around for some time and is gaining popularity now. It allows editing videos, creating funny ones, lip-syncing to the music, etc., just like TikTok.

It also has several filters, stickers, effects, and other tools to enhance the video. However, if you are a new user, you won’t be able to access the live feature of this app. You need to be a bit active before being allowed to do the same. 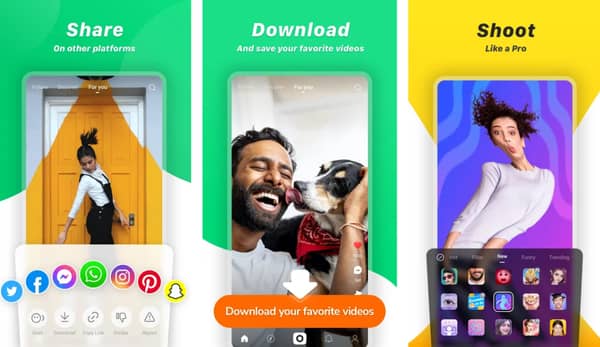 This app is what its name suggests i.e., ‘adorable’. The users can easily upload short & cute videos of them lip-syncing to songs, dialogues and create funny and viral content for fun.

Its reward system aims at awarding users with more followers. To engage people, there are several challenges and contests too organized by the app. It also has a story feature like other social media but it stays up to 48 hours, unlike others. 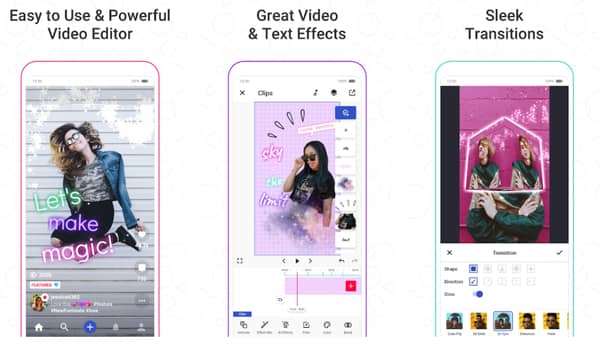 If you like making fun content, you will enjoy this app. It allows users to lip-sync to songs, dialogues, jokes, anything that they wish to. They can also add several effects, emojis, texts, etc., to the video.

The users can also collaborate with other users and have a better online presence. There are several challenges, contests, and events hosted by the app that the users can participate in and have fun. 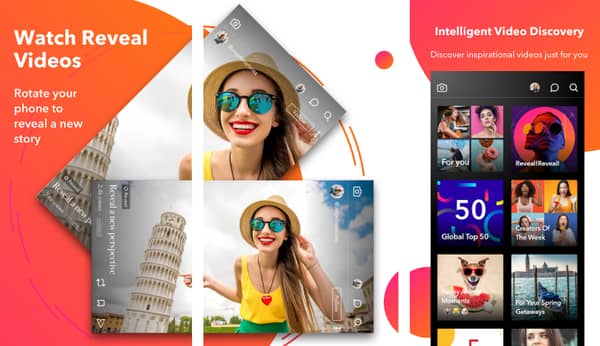 Those who don’t like following the crowd should give this unique app a try. All you need to do is create quality content to become a star in this app. There are several tools such as trim, edit, effects, etc., that you can add to make a better video.

Knowing about the hottest trend is important as if you hit the right chord with people, you can even get a cash prize. The users can also participate in weekly video challenges and win several rewards. 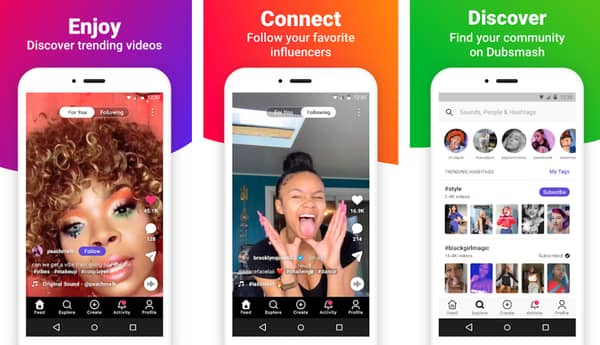 When there was nothing, there was dubsmash. This is the first video editing-based platform that went viral and people had fun creating funny videos by lip-syncing to their favorite songs and dialogues.

There are several music variants, filters, emojis, texts, etc., present in this updated app so that the users can enjoy it to the fullest. Its newsfeed is divided into two parts: one shows the viral trends, the other is about your friends’ posts. This app deserves a try as it is the mother of every other alternative. 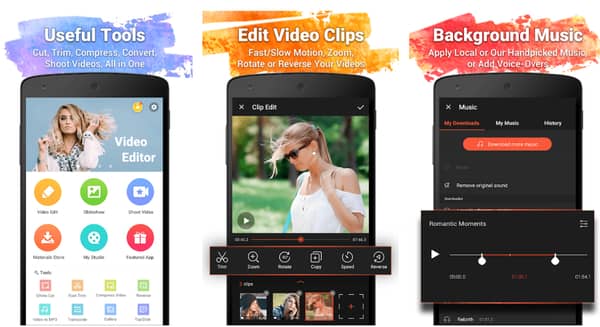 This is another alternative that is becoming a common name in the short video maker community. The time limit here for videos is of one minute, which allows the users to show their creativity better.

This app isn’t only about the following trend but more about adding music to videos. It’s a basic app for users who don’t like any fancy. It has an easy-to-use interface that is best for those who like simple apps. 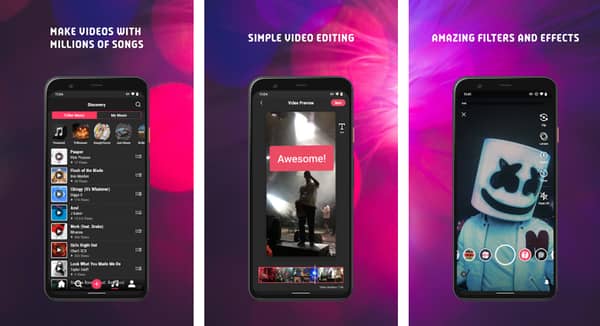 Editing videos can be a chore at times, no matter how much you enjoy it. This app takes that pain for you and edits your videos automatically due to its unique algorithm. Be it lighting, soundtrack, or effects, triller does it all for you.

This app is used by dozens of celebrities such as Selena Gomez, Kevin hart, etc. it is easy to use and the platform is preferred by many people due to its automatic editing skills. This isn’t for those who want to gain followers rather just wish to edit videos that they can share on other platforms. 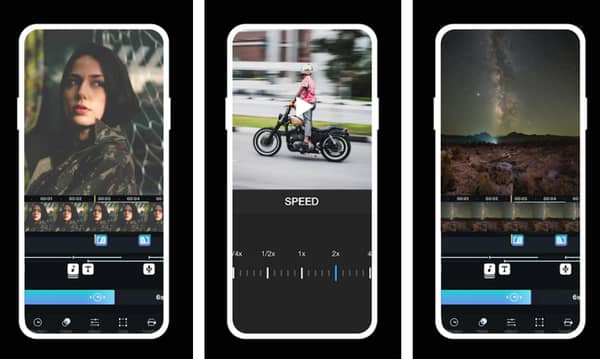 For the people who have always wanted to star in a famous music video, you can make your dreams come true with this app. You can select songs from its library, perform your steps and share it with the world.

Several tools make video editing fun such as slow-motion, reverse tools, effects, and other features too that include cloning, green screen, etc. However, this app is suitable for music video makers only.

These were a fair few alternatives to TikTok that you can give a try. Most of these alternatives are similar to TikTok, so understanding how to use them won’t be difficult. Do let us know which ones you preferred over TikTok.