For gamers who enjoy riding in spectacular vehicles in video games, Grand Theft Auto 5 is a dream come true. In GTA Online, most users enjoy showing off their fancy cars. Riding some of the fastest GTA 5 bikes, on the other hand, is just as exciting.

In GTA 5, there are a lot of motorcycles to choose from, but figuring out which ones are the best isn’t easy. As a result, we’ve included the 10 best and fastest motorbikes in GTA 5 Online in 2021 in this post.

You can upgrade your Gargoyle to its customized variant if you already own one such as Apocalypse, Future Shock, or Nightmare. The motorcycle’s modified version has a top speed of 150 miles per hour. Western Deathbike is, without a doubt, the deadliest motorcycle in Grand Theft Auto 5.

The vehicle was initially released in the 1.46 Arean War update, and it can be purchased for $1,269,000 at ArenaWar.tv. Western Deathbike’s design is inspired on Daryl’s bike, which may be of interest to followers of the Walking Dead series. 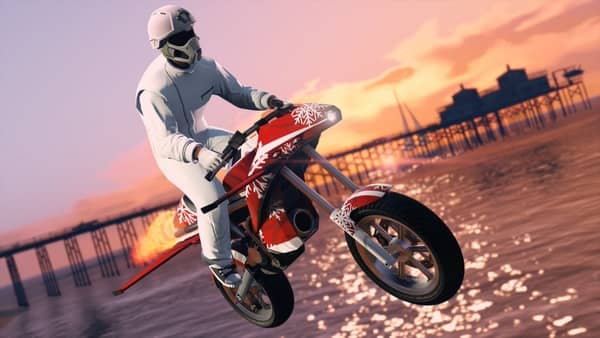 Pegassi Oppressor is a weaponized motorcycle in GTA 5 Online that is based on the real-life Yamaha MX 175. In 2017, Rockstar released the vehicle as part of the 1.40 Ghostrunning Pack update. It is one of the fastest motorcycles in GTA Online, with a maximum speed of 140 mph.

Pegassi Oppressor ranks in second in terms of speed, but it is also one of the most costly motorbikes in Grand Theft Auto 5. To get this vehicle in their garage, players must pay a massive $3,524,500. 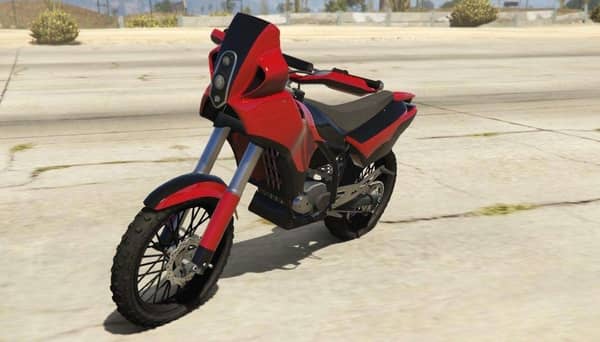 Nagasaki BF400 is a KTM Adventure-based motorcycle that was added to GTA Online in 2016 as component of the 1.35 Cunning Stunts update. If you’re seeking for the cheapest and fastest motorcycles in GTA 5, so this should have been at the top of your list.

The Nagasaki BF400 has a maximum speed of 137 miles per hour and costs $95,000. Furthermore, if you have any money left over after acquiring the bike, you can modify it at Los Santos Customs. 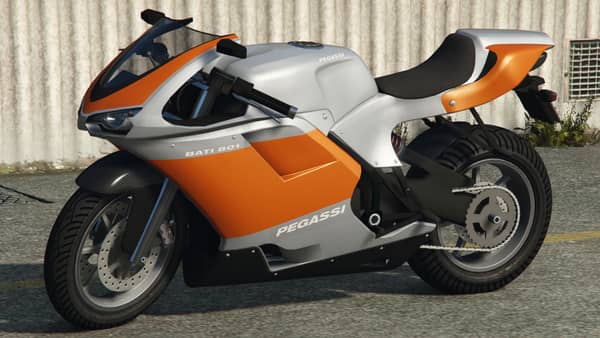 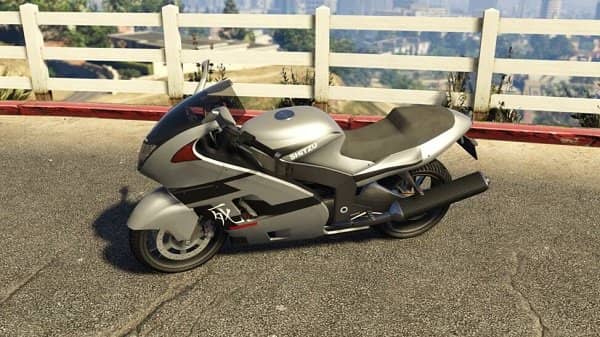 Do you have a soft spot for Suzuki Hayabusa? If you answered yes, Shitzu Hakuchou should intrigue your attention. It is one of the fastest bikes in GTA 5 Online, having been introduced in the 1.17 Last Team Standing update in 2014. The motorcycle costs $82,000 and has a max speed of 134 mph. When compared to other expensive motorbikes, Hakuchou is cheaper, and still is one of the most efficient bikes. This one should be on your list if you’re a new GTA Online player looking to build a collection of the fastest vehicles. 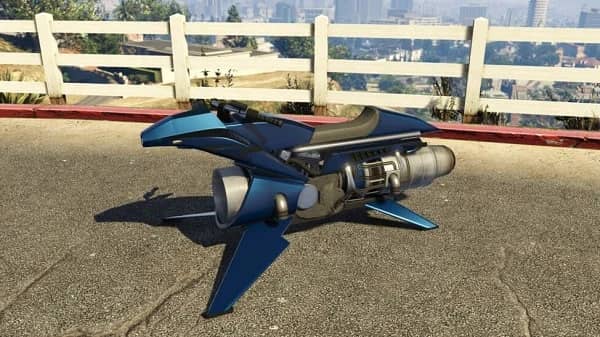 If you’re a fan of hover bikes in GTA Online, the Pegassi Oppressor MK II is the one to grab. It’s a modified Pegassi Oppressor with the wheels replaced. It will also be able to hover and fly with a max speed of 127.75 mph. Of course, it’s one of the best GTA Online motorcycles; but, at $3,890,250, this implies it is also one of the most expensive. To own this bike in GTA Online, you must be extremely wealthy. 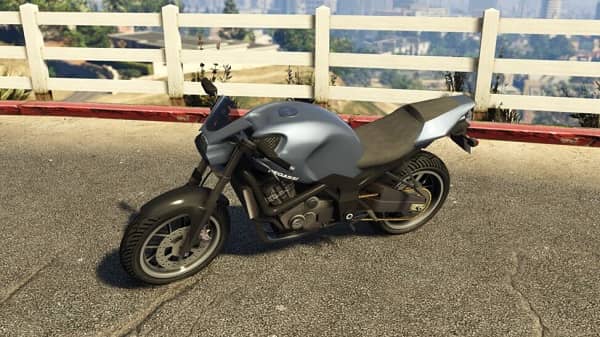 The Pegassi Ruffian has taken another spot from the amazing Pegassi range on this list. Surprisingly, this vehicle is available for only $10,000. You can also steal this automobile from the streets if you are not actually ready to pay for it.

Nevertheless, don’t be fooled by Ruffian’s low price as a measuring component of its poor performance. You can be totally wrong here!  It’s because this is still one of the fastest motorbikes in GTA 5 Online, with a maximum speed of 127.00 mph. 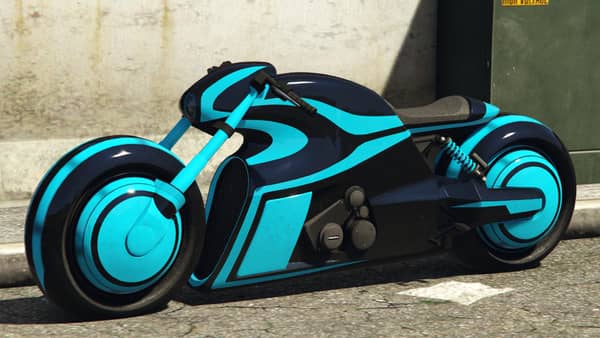 The Shotaro is the eighth motorcycle on our list of the Fastest Motorcycles in GTA 5 2021. Due to its looks, this bike is indeed called as a Tron bike. Legendary Motorsport is selling this bike for $2,225,000, which is a lot of money. Shotaro’s top speed is currently 126.5 mph. Furthermore, several gamers claim that this bike is virtually unbreakable. 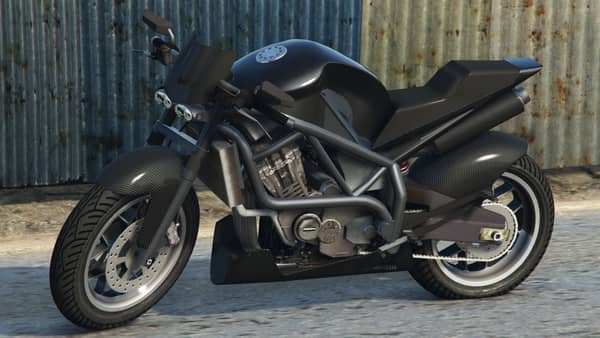 Even though this motorcycle appears to be old, it has a top speed of 121.25 mph, or nearly 200 kilometers per hour. Southern San Andreas Super Autos is selling it for $9000. In GTA V online, $9000 is a reasonable price for this speedy motorcycle. This bike has 5 gears and is suitable for off-road use. 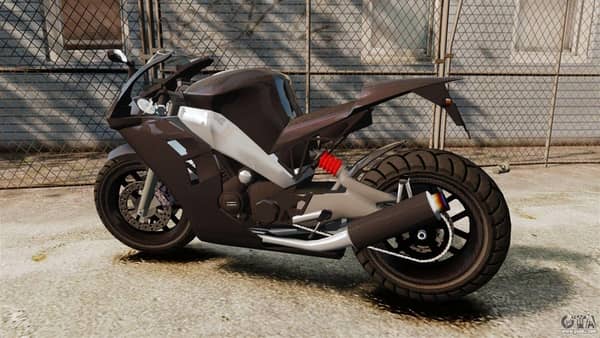 The Nagasaki Carbon RS has taken another spot from the amazing Nagasaki range on this list. Carbon RS is an exotic speedster in Grand Theft Auto V. This motorcycle can reach speeds of up to 124.24 mph.  This can be found at Legendary Motorsport. However, the price is $40,000, which is extremely expensive when compared to the capabilities of other fast motorbikes. That is the reason this is last on the list!

If you have been looking for the best GTA motorbikes that could help you ace your game and flaunt your collection to your friends, then this post could have helped you a lot. If you have any suggestions you can let me know about that in the comments, I would love to know what my readers think about the same! See you in the next post now!