Every decade sees the rise of a new programming language. Even if you are newly acquainted with the world of programming, you would know that this decade certainly belongs to Python. Python is dynamic, free, open-source, and a high-level language.

As an added feather to the cap, it combines all salient features of its former programming languages and can be used for both object-oriented and procedural programming. But it is one thing to be good, and another to be valuable. This leads us to a crucial question: Why should I learn Python? Is it relevant and useful for my career?

Simple and Easy to Use

Python is routinely regarded as one of the easiest programming languages to learn. Python is always mentioned in any list of the best languages to learn for beginners. One of Python’s core concepts is to make code more readable and understandable. Unlike other programming languages, it mimics spoken English and therefore is easily understood. The syntax is also straightforward. For instance, a simple Hello World statement on python looks like this:

Notice how Python radically reduces the amount of code that needs to be written, while also eliminating any chances of errors or confusion. Apart from this, Python relies on proper indentation, making code more readable and helping programmers to adopt healthy coding practices. 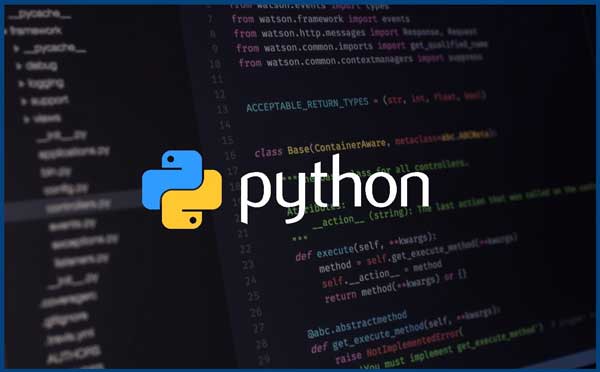 Devices can now be connected to the internet managed remotely. This is the fundamental thought behind the IoT revolution. Python helps programmers become a part of this revolution, as it works on devices like Raspberry Pi etc. Python also has a MicroPython version, which is designed especially for embedded systems. Thus, Python opens the avenues to robotics and automation too!

Python has dedicated libraries such as Tkinter, PyQt, PySide, Kivy, etc to help you build GUIs and develop desktop applications. These libraries are often included when you download Python on your macOS, Windows, or Linux system.

Web development is another high-paying job, that is made much easier using Python. A task that may take hours in PHP can now be completed within minutes using Python. From web scrapping to designing a page, Python allows you to put your imagination out for the world to see. Clone websites, build graphic games, or even a URL shortener of your own for others to use! Web development in Python has endless possibilities.

Big Data is taking on the world, and all this unstructured data needs to be converted into more structures and machine-readable form, in order to be useful. Data Science is the field that helps us achieve this, and further process the data to derive meaningful conclusions. Python has a dedicated library for Data Science, including Pandas for analysis, NumPy for scientific calculations, MatplotLib and Seaborn for visualization, and Scikit-learn and Tensorflow for machine learning. Huge calculations and modifications on data can be coded simply and executed quickly, all thanks to Python.

Machine Learning and Artificial Intelligence are growing rapidly in the world of Information Technology. In fact, machine learning algorithms are the primary driving force behind many companies today, including Google, Amazon, and Uber. Python helps you code your machine learning algorithms seamlessly. Libraries and databases such as NLTK, OpenCV, Keras, and Microsoft Cognitive Toolkit make the job easier in the fields of Natural Language Processing, Image processing, and Deep Learning.

Python has many libraries and frameworks

Python is supported by a large number of ready-to-use open-source libraries and frameworks, that make complex tasks such as Data Analysis and Machine Learning easier. The two most popular libraries for web development are Django and Flask. Similarly, NumPy, Pandas, and SciPy for data science, Matplotlib for visualization, and Keras and TensorFlow for machine learning. There are scores of readymade functions for you to use for any task you undertake.

Python has a vibrant and close-knit community that you can count on. You may always turn to the Python community for help with coding or Data Science challenges. They are always willing to assist others. Because it is an open-source language, the community is always progressing – developers and coders routinely contribute to the language’s enrichment by providing new tools.

Python is free and open-source, which means that even if you’re planning to use it for commercial purposes, you can do so without worrying about any legal implications. Furthermore, a series of PEPs (Python Enhancement Proposals) are maintained on the official website, so as to get continuous feedback from the community.

Python programmers are among the highest-paid programmers on the market, especially in the fields of data science, machine learning, and web development. If you’re someone who wants to learns programming as an additional skill, simply for the money, Python should be your go-to choice.

According to Glassdoor, the average annual salary of a Python developer is 4.5 LPA. Especially in the domains of machine learning and data science, Python is a necessary prerequisite.

Due to its high scalability, Python allows hassle-free cross-platform functionality. All modern platforms such as Windows, Linux, Macintosh, and Solaris support Python. What’s more, with the advent of Internet-based compilers, you can now write and implement code with a simple internet connection. You can store your code and database on the cloud, or work on a project with multiple people using version control systems like Github.

In high demand for jobs

Python is used across industries- recruiting, healthcare, finance, marketing, education, etc. From building a Stock prediction system or a song recommender, or a simple chatbot that can be integrated into your website, Python can make laborious tasks a breeze.

Analysis and data visualization becomes extremely convenient with Python. Companies across the world use Python for several applications, and learning Python simply maximizes your chances of being hired.

And if you’re looking for jobs in software development, it is a recommended practice to include noteworthy Python projects in your resume.

Python boasts unparalleled power, versatility, and simplicity that every programmer swears by. The power that Python bestows upon a programmer is simply astonishing, which makes it an undisputable choice for most applications.

The best way to learn anything is, as they say, by doing. Work on a good number of projects to get hands-on with your skills.

Whether you’re an expert or a beginner at coding, or trying your hand at Machine Learning, Data Science, IoT, or Development, learning Python through courses, boot camps, and practice will go a long way in boosting your career and maybe even add a few zeros to that paycheck!