Geolocation has become more critical, particularly since the market for internet-connected products has exploded. Some enterprises, such as Uber, rely only on Geolocation via the usage of Google Maps or the GPS, another renowned geolocation-based tool. Every day, Geolocation plays a key role in our lives, from safety to security to personalization. With these considerations, it’s clear that since so many apps rely on Geolocation, geolocation testing should be high on the priority list. Is that the case? 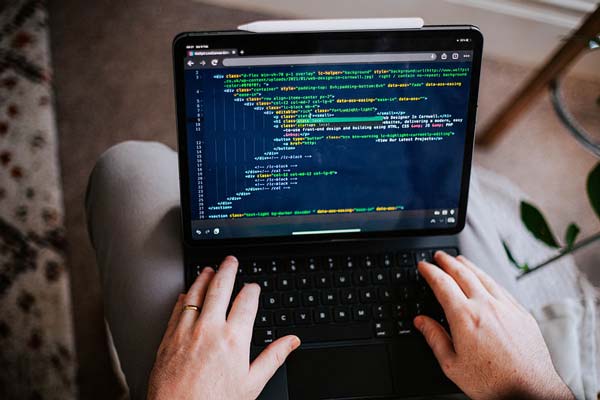 Geolocation is no longer limited to GPS navigation applications. Locations, route instructions, and projected arrival times are all features that are being integrated into transportation, food delivery, e-commerce, gaming, and social media. The list of app categories that do not use Geolocation reduces by the day.

Business logic in an app-based organization is often dependent on action triggers depending on the location of people and items. This necessitates a thorough grasp of how to do geolocation testing to ensure such initiatives’ success.

Before we get started, let’s review the definitions:

If you are involved in website geolocation testing or development, you will commonly encounter the following terminology. Underneath all of these ideas is Geolocation. Remembering them will aid you in comprehending the primary goal of your program and its features.

The notion of geofencing is the creation of a virtual geographical fence for the user that may or may not match an actual physical area. When the device leaves the geofence, an event occurs, which may subsequently be linked to suitable action.

A SIM card is an excellent illustration of how geofencing may be used. The connection providers build a barrier that mimics district, state, and country borders. A message is sent to the user whenever the mobile device passes a barrier.

Geotargeting is the technique of identifying and contacting people depending on their geographic location. As a result, users in various places might see different content in a mobile or online application. In the marketing and advertising industries, geotargeting is a popular notion. YouTube advertising specific to your nation is a typical example (or other location). Amazon also displays items based on the device’s location.

When a user enters a specified place, geoblocking is used to prevent him from viewing specific material. The reasons for geoblocking are dependent on the application’s implementation. Netflix, for example, may utilize geoblocking to prevent you from watching a particular movie if you visit a place where it is not accessible.

Attaching (or tagging) geographical location data to media assets such as photographs, videos, and other files is known as geotagging. The application’s implementation determines the data to tag with the file. Only the longitude and latitude, or sometimes place names, accuracy, or UNIX timestamp, may be tagged by the program.

Geotagging has a variety of uses in the real world, and a few of them impact all of us when it comes to social networking. Instagram and Facebook are two popular photo-sharing apps with geotagging capabilities. It facilitates the user’s search for the precise position in other photographs when a user searches for anything relevant to a place. Also, Geotagging aids search engines in filtering out correct results.

Geomessaging is when any kind of media or text file is delivered to another device together with geolocation data. SOS messages sent to emergency contacts with current positions in terms of latitude and longitude are frequent examples.

What Is The Best Way To Do Geolocation Testing?

Let’s look at how we may execute geolocation testing for our app, from the most complicated to the most basic.

The most time-consuming and tough technique of geolocation testing is to utilize the application from several places in real-time. Though traveling alone is not a good idea, reaching out to like-minded individuals may benefit. GitHub is an excellent tool for this. Testers from all around the globe may be contacted using GitHub to download and test your application. It is a time-consuming and demanding task. Other crowd testing tools such as utest and testlio may be used here. The most significant drawback might be trusting individuals you don’t know and giving them sensitive information (like source code) that could be abused.

We may download and utilize a VPN to alter our present location. Virtual private networks (VPNs) do not need an introduction in today’s world. VPN’s are extensively used in various areas, such as in businesses to construct a secure network or by individuals to change their server location to play a game that is prohibited in their present region. However, they are not always effective, and third-party apps (from which you may be retrieving data) may detect and prohibit VPN use. This may make testing a little more complicated.

Geolocation is used by Google Pay to identify any fraudulent transactions. If a transaction is made from my account in Chicago at 9:02 p.m. and another from London at 9:36 p.m., something is wrong with the process!

Geolocation testing is an essential component of any location-based application that should not be disregarded. Fortunately, with a bit of effort and devotion, even someone with no prior expertise may learn this skill. Keep in mind the following:

Geolocation testing is now prioritized alongside other forms of web testing. The primary explanation for this is that the software would be useless if it didn’t interact with the user in their native language and according to their preferences. Furthermore, geolocation testing ensures that the application complies with area legislation and delivers the most relevant results to the user.

We use Geolocation in our daily lives, sometimes for the whole day, whether we realize it or not (such as Google Maps). With such a high level of importance, we need a high-performance solution to ensure that everything runs appropriately once the app is delivered to the user.

These approaches and tools are detailed in this article, and the user may choose any of them based on their needs and convenience. On the other hand, the preferred option is to employ a cloud-based application that can give precise locations and other characteristics that would be impossible to replicate manually.

I hope you find this tutorial helpful in your future project that includes geolocation features and modules. In the comments box below, you may share your thoughts and suggestions. Until then, have fun experimenting!