The number of prospective gamers in the world has just risen owing to the global pandemic and also the growing number of games available for people to play. All of these factors combined have made the gaming industry break ground and create a new record for the number of online gamers in 2022. With the growing trend of online casinos, it is important that you know the legitimacy of the casinos. In that case, you can check Justuk reviews of top online casinos, to learn more about a particular online casino.

The gaming industry is driven primarily by smartphone and internet availability coupled with a lot of other minor factors such as investments in the gaming ecosystem, and the availability of digital payments.

All these factors potentially make the gaming industry one of the highest growing industries in the world. The rise in the potential of gamers is not to be considered a boom. It was supposed to happen at one point or another, it was just accelerated by the pandemic since people were forced to stay in their homes during that time.

The numbers are staggering, for example in India as per a KPMG report, there were 360 gamers in 2020. This number has now risen to 510 million in 2022 itself.

The financials and the revenues of the market are also expected to grow at a 21 per cent rate to around 4 billion dollars in the next five years. 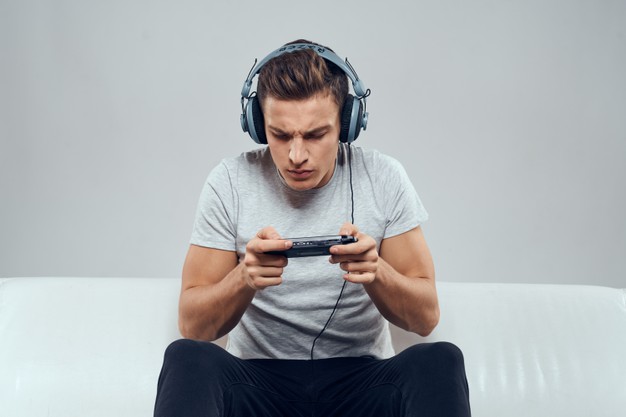 The gaming industry has always been proactive and progressive in its efforts to adopt newer technologies that would cater to the needs of the gamers and keep them engaged and hooked to their online game.

The biggest challenge of a gaming company is to ensure that they stay ahead of the game by keeping up with the ever-increasing pile of regulations, advancements in technology and increasing customer demands as well.

After dealing with these issues it is now the time to overcome the issue of transparency and security, especially during the point of a transaction. With the arrival of technology such as blockchain into the system of payment, gamers will have the two things they have been desiring for a long time, control and transparency.

2022 will surely be a good experience for these gamers. The new blockchain technology-enabled gaming world is one that provides the users with privacy, security and transparency. All of these would only drive more success and achieve credibility.

As there is a clear increase in the player base in the online gaming industry, there is a good chance that we would be witnessing the blockchain technology up-end which would potentially be opening up new opportunities for the gamers.

This technology would bring an economic revolution which would align with the digital aspect/nature of the game as well. With the gaining prominence of NFTs, the earnings in gaming would be democratized through digital ownership via in-game purchases.

These purchases can also be termed investments since users buy and sell their online gaming accounts as well. This industry is a large but untapped market, but we are beginning to see a lot of companies adapt to this.

It is mostly a win-win situation for the artists and also the players since the player will easily be able to transact with the service providers. The adoption of blockchain technology will potentially be fostering a new sphere of community economics.

The availability of cheap internet and the adoption of the digital payments system have made real money gaming a lucrative option for a lot of people who weren’t even aware of it earlier.

The resurgence of online casinos is a good example of that. With increasing participation of people, the equation of low-risk high reward comes into play which is favourable for the people, and also a good avenue for new paying users to join up.

Taking into consideration the size of the space, there will be firmer guidelines and better regulations as well. Responsible measures would enable a safe gaming ecosystem for the government, gaming companies and also the gamer.

Creating a Community of Gamers

The explosive growth in the number of gamers during the pandemic has displayed that the increased number of netizens have founded a new outlet for much-needed connection with other people since most of their time was being spent at home.

The last two years have taught even the non-gamers that games help build friendships online and also bring people together.

Through a well-planned strategy of community, game publishers have realized that it is very easy to strengthen their brand, share knowledge, and also seek feedback as they form a community with identifiable traits with other people.

As games become more and more accessible and mainstream, companies are jumping on the gaming bandwagon to maintain their communities in the digital world.

For example, let us consider Meta which hosted the very first gaming community challenge. Just like that, there are other platforms as well that are committed to building a gaming ecosystem.

Innovation to be at the peak

The success of gaming as an industry completely rests on the shoulders of innovation. Gamers want to see how immersive and interactive a game can get.

The game presented to the gamer will be undergoing a transformation in terms of the game itself and the experience that it delivers. By showcasing innovation at its peak, developers will have to envision, design, and spend their time developing a good dynamic gaming interface based on the interests and the preference of the gamers.

By bringing in a sense of novelty and discovering a newer aspect of the game through development each time the gamer tries playing the game, the industry would surely be witnessing all of these factors to take the player base of the industry to a much higher peak.