For some, gaming may just be an entertaining hobby, but with the growing industry of esports, more people than ever are taking the process of improving their gaming abilities seriously. In much the same way that a marathon runner will only be able to secure a good finishing time on race day by following a persistent and structured training regime, gamers of all levels wanting to break through skill plateaus and increase their performance need to have a plan of attack to achieve this aim.

While each game, with its nuances, will require a slightly different approach, players of all genres—from FPS’ to card games—stand to benefit from integrating the four steps listed below into their training efforts. 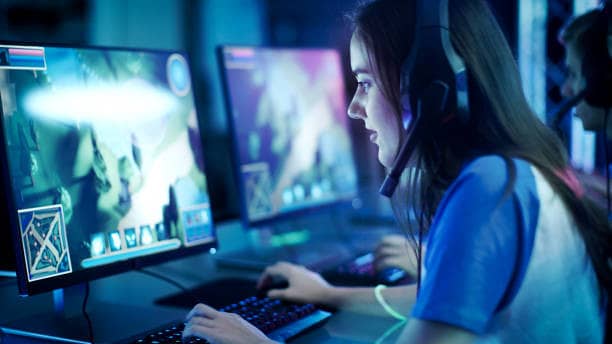 The human body operates on a series of nested cycles of work and activity, with the largest and most obvious example being the alternation between waking and sleep that we experience over a 24 hour period.

But a smaller cycle, sometimes called the ultradian rhythm, governs the way we alternate between focus and rest throughout our day. These are typically experienced as periods of 90 minutes of concentration, followed by 20 minutes of rest. While it’s possible to push through this, particularly with the assistance of stimulants like caffeine, it ultimately hampers productivity to do so.

When training for your chosen game, it can be tempting to play for extended periods, but in order to maximize your learning and performance, it’s recommended that you take regular breaks at least every 50 minutes or so. This will not only give your body the opportunity to stretch and reset, but, crucially, will let your concentration replenish before another period of focus.

Having a solid understanding of the game you’re playing is a critical component to developing your skills. You could benefit from an immense reserve of natural talent, but if you do not understand the fundamental ways in which the game itself operates, you will never be able to extract that potential when it matters most.

There are many elements to researching a game. Learning the core rules and structure of your chosen title is essential. It is for this reason that even advanced Texas Hold’em players benefit from surveying the various ranking values available from time to time, as well as looking up more advanced strategies.

Likewise, learning a MOBA like League of Legends requires players to fully comprehend how the various Runes, Masteries, Champions, and Summoner Spells all feed into the way strategies unfold in real-time.

Even those playing a comparatively simple game, like Call of Duty: Modern Warfare II, must do their due diligence by learning the game’s multiplayer maps and sightlines if they’re to pose a real threat to skilled opponents. Teaching goes both ways, and while there’s obvious value in training under someone better than you, the act of actually teaching someone else can really accelerate your development. This is known as the protégé effect, and it is a widely observed component of teaching theory.

The logic goes that someone new to the subject you’re proficient in will ask you questions you wouldn’t think to address by yourself. In terms of gaming, this could highlight weaknesses or bad habits in your playstyle that you were previously unconscious of.

What’s more, in order to teach someone effectively, you must first formulate your understanding into clear principles you can share. This further has the effect of helping you clarify your understanding, leading to meaningful gains in your own performance.

Even the best esports players and traditional athletes routinely review their performances using replays and by way of captured data. Often this enables you to see aspects of the way you play that you may not know about, or help you pinpoint key areas for improvement.

Say, for example, you were winning a game of CS:GO until the latter stages, when the tide of the match shifted in favor of the opposing team. In reviewing what went wrong, you may notice that you began to relax and decrease the effort you were putting in because you were assuming victory was on the horizon. Or perhaps your opponents began prioritizing the use of weapons or tactics that you are particularly vulnerable to.

Often, it is only by reviewing events afterwards that we can identify these components of gameplay, as during the heat of a match we are not likely to be focusing on these finer points. Analysis gives us more angles to approach our learning.