Many Pokémon Go players are tired of moving around in order to catch Pokémon, as they have to spend an absurd amount of time capturing Pokémon and some they simply don’t have enough mobility to leave their homes for long periods of time.

One way people have been showing an inclination for catching a lot of Pokémon is by using location spoofing tools to perform raids at home.

Today We’ll be teaching you how it’s possible to become a Pokémon Master from the comfort of your own home using tools like location spoofing for both Android and iOS. 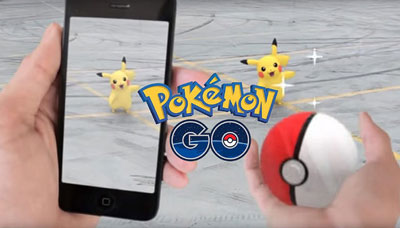 Is It Possible To Play Pokémon Go Without Moving?

As you may already know, many people have attempted to play Pokémon Go without moving. What you may not know is that it’s possible, but there are risks involved with this procedure.

Luckily, there are apps available for users to change their current location and move about freely in order to catch some Pokémon. You’ll need to be careful if you’re caught using them though – Niantic has strict regulations against such tools, and they could get you banned from playing the game!

Niantic has implemented the ban to prevent players from taking advantage of all of the features in the game.

Many players have been experiencing a frustrating situation in which they don’t have the opportunity to explore and engage with Pokémon, as well as being unable to get PokeStops or collect items like PokeBalls or even battle due to the soft ban on spoofing. And because of this, when Pokémon run away from your ball throws, it can be really tough to catch them and battle.

If you don’t want your account permanently banned, then you’ll need to comply with the Three Strike Discipline Policy.

Pokémon Go prohibits players from actions that will result in it being a permanent ban. GPS spoofing is just one example of items on the list. The good thing is that you’re given three strikes before getting banned.

Pokémon Go will block you if you spoof too many times. So, make sure that you’re getting a reliable spoofing app and don’t get banned for good.

How To Play Pokémon Go Without Moving On Android

Location spoofing for Android devices is easy. There are many different options available, so we created a list of the three most popular ones.

For those with concerns about playing Pokémon Go without actually moving, a few tools exist to help. One of them is Fake GPS Go, an easy-to-use app that can provide reverse location tracking from your phone. Download and install it using the guide below: Now walk around your house and catch Pokémon.

In order to play Pokémon Go without moving, you can use a fake GPS app. Using this software, you’ll be able to change your location without moving which will help you build up the kilometers that you need for more items and rare Pokémon from around the world.

Here, we’ll discuss such an app: Fake GPS Free. It’s available in the Google Play Store and you can find it by searching ‘fake gps’. Please use the app as follows: And it’s done! You can now catch Pokémon without leaving your house.

The GPS Joystick is a popular spoof that helps people learn how to play Pokémon go without actually moving. That being said, you will need to make sure your device has a version of the Google Play Services app that is at least as old as version 12.6.85.

If not, then it’ll get too complicated for you. So we’ll stick to the older version for people to easily use this spoof on newer devices. How To Play Pokémon Go Without Moving On IOS

Pokémon Go is the most popular augmented reality game of all time. Unfortunately, it can be difficult to walk without getting caught by one or more other players.

The perfect solution for this dilemma? Dr.Fone – a reliable location spoofer that’ll make it easy for you to travel anywhere without detection.

In order to do this, you first need to download and install the software. Follow this step-by-step guide for the full installation process! Can You Still Hack Pokémon Go?

While many apps like Pokémon GO have much more fun features, there is still a way to hack the game. A key feature of a VPN is making it look like you are in an area that would take multiple steps for one side of the app to reach, namely to make it seem as though your phone is located from another location than where you actually are.

There’s a downside to this, which is that players using these cannot move without the use of a joystick if they don’t want their every move tracked.

The developer behind Pokémon GO, Niantic, is particularly fussy about the safety of what they create. Their main priority is to provide a fair game experience across the globe so players can enjoy their game. They penalize people who violate terms of service, through banning players.

Can You Get Banned For Hacking Pokémon Go?

Niantic is updating its Terms of Service specifically to warn Pokétrainers playing the game from home on powerful accounts that they will be permanently banned if they are caught using bots, cheats, and GPS-spoofing jailbreaks.

When you’re looking to get started with Pokémon Go, hiding your actual location is a great option. We looked into different apps that allow you to do things like that on Android and iOS.

The best of which is dr. Fone-Virtual Location, which lets you have fun catching all the Pokémon you want!