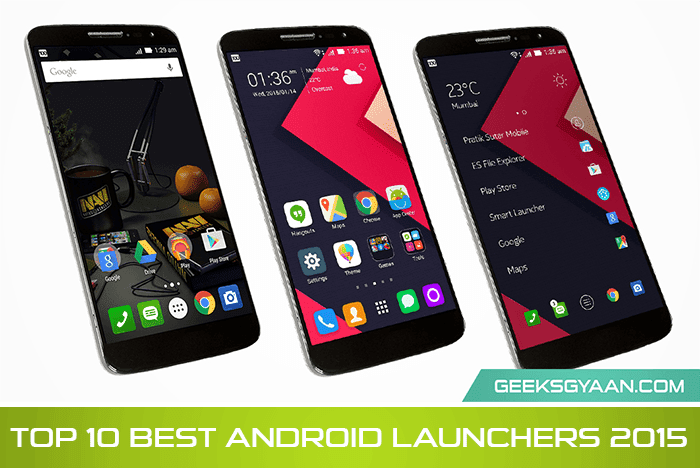 Android is one of the most widely used mobile operating system. It is highest selling mobile platform overall. Many of us are using and moving towards Android powered mobile phones. One of the most important feature of the Android OS is its User Interface, you can customize it as you want. So you cannot feel bored while using your android phone. The different android phone manufacturers launch their mobile phones with their own custom User Interface. A few days after using your new phone you might feel bored with user interface.

The android launchers listed below are not ordered according to their specific rank. You can choose anyone which you like. 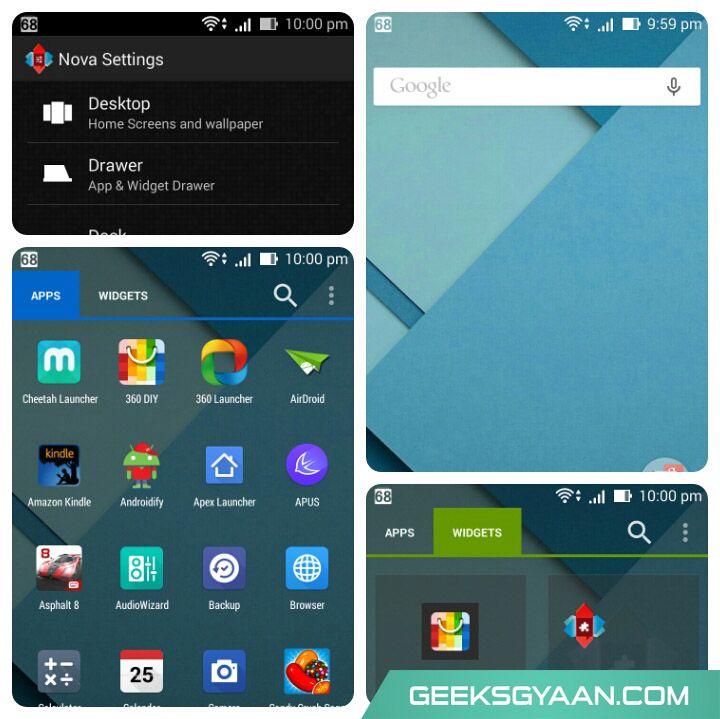 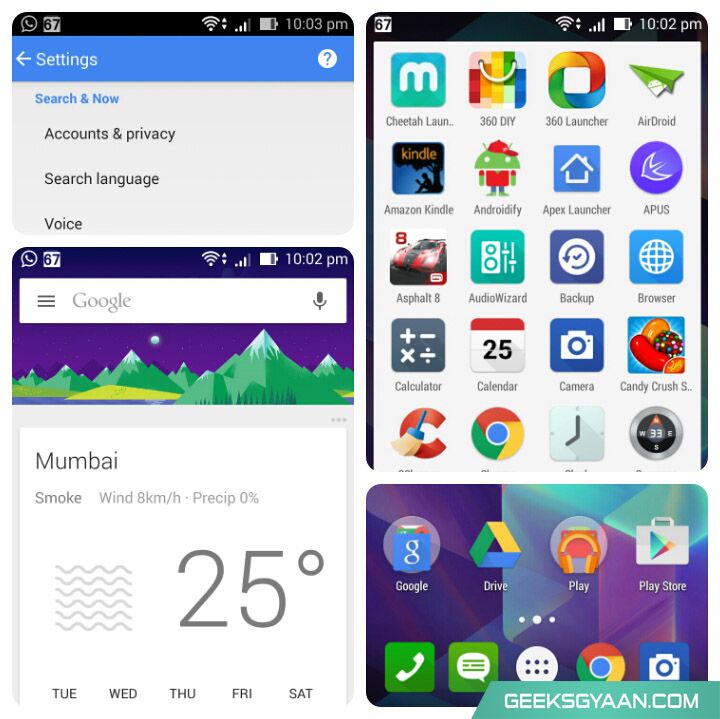 Google Now Launcher is one of the best launcher that gives you feel of stock vanilla experience of the Android. If you are bored with your manufacturers custom user interface and want try out Nexus like UI then this launcher will not let you down. This launcher is close to stock because it is made by Google to enhance usability of the Google Now feature. You can access Google Now just by swiping the home screen towards left. User Interface of this android launcher is buttery smooth and fluid, thus it make one of the fastest android launcher ever. We have included this launcher in our Top 15 Must Have Android Apps . You can just check that article to find out best android apps. To download this android best launcher just click on link below. 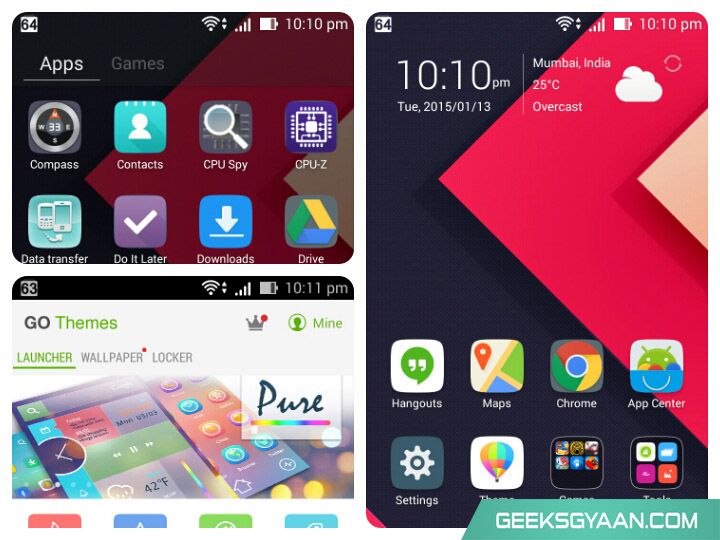 Go Launcher EX is one of the oldest android launcher that supports almost all of the Android versions till now. Go launcher is highly customizable, fluid, and has tons transition effects and animations. Thus it make best android launcher among others. Tons of themes and icons packs are available to download for free for this best launcher. You can download this fastest android launcher from the link given below. 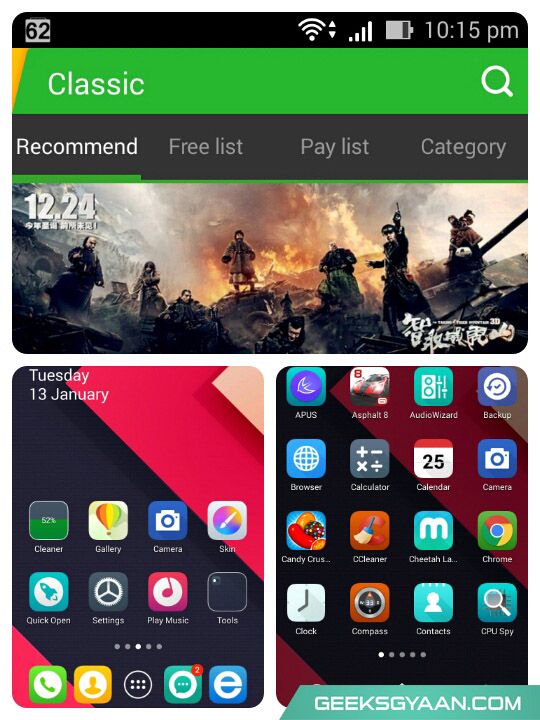 As like Go Launcher EX, 360 Launcher is the fastest android launcher which supports older version (2.1+) of Android. It offers highly customized features, a lot of transition animations, tons of themes, wallpapers and fonts, plenty of lock screens, widgets, etc. The features it offers make it one of the best launcher. You can download this android launcher from the link given below. 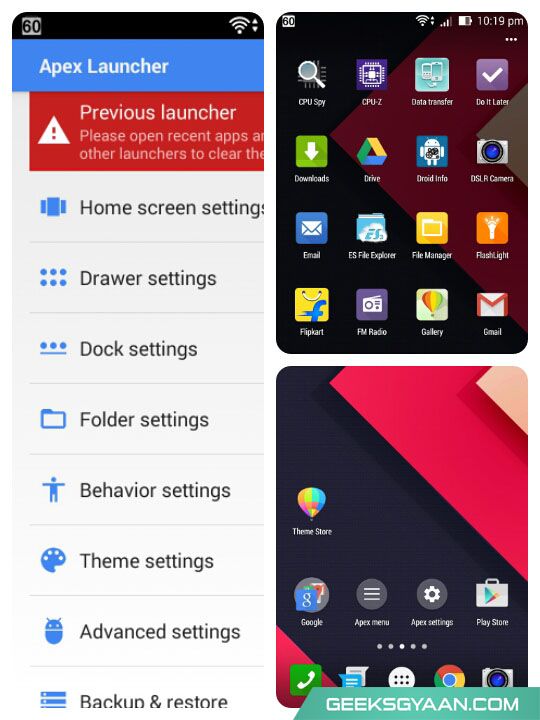 Just like Nova and Google Now Launcher, Apex launcher provides same stock vanilla like user interface. This android launcher is also has lot of customizations, and make it buttery smooth experience. You will never feel lag while using this fastest android launcher. To download Apex Launcher click on the link below. 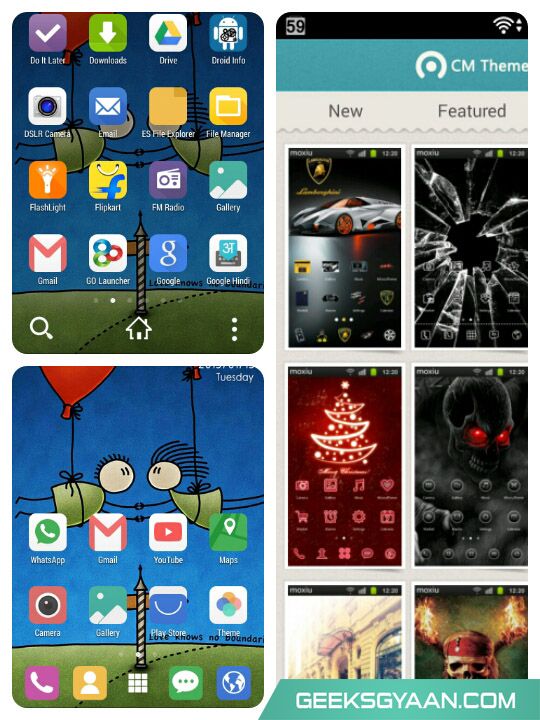 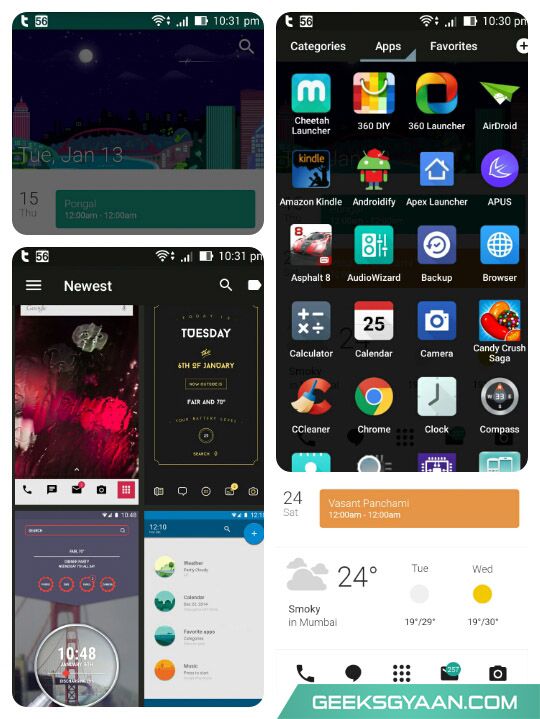 Themer is unique and different than other Android launchers available on the Google Play Store. It gives you feel of a totally different user interface with the use of tons of different themes and wallpapers. You might feel like a magic trick and it will make your android phone simply look amazing with its attractive functionalities. The only disadvantage is that Themer uses more RAM memory than the stock launcher because of the high customizations. This launcher is ideal for the device which has RAM more than 1GB. You can download this best launcher from the link given below. 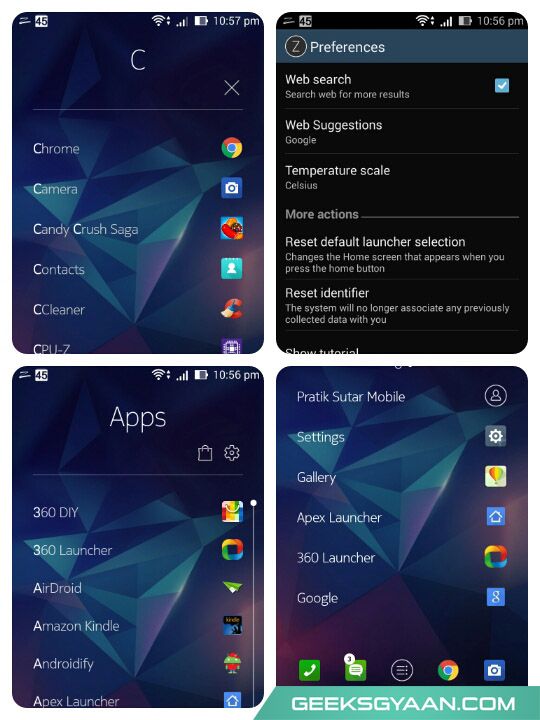 Z Launcher is the android launcher from Nokia. It makes a re-imagined way to use your Android phone. It launches anything in just one second. It offers cool and unique functionality than other android launchers. You just have to draw the letter to find out anything. Its user interface make it simple to use. It launches everything instantly that makes it fastest android launcher than all others. To download Z launcher click on the link below. 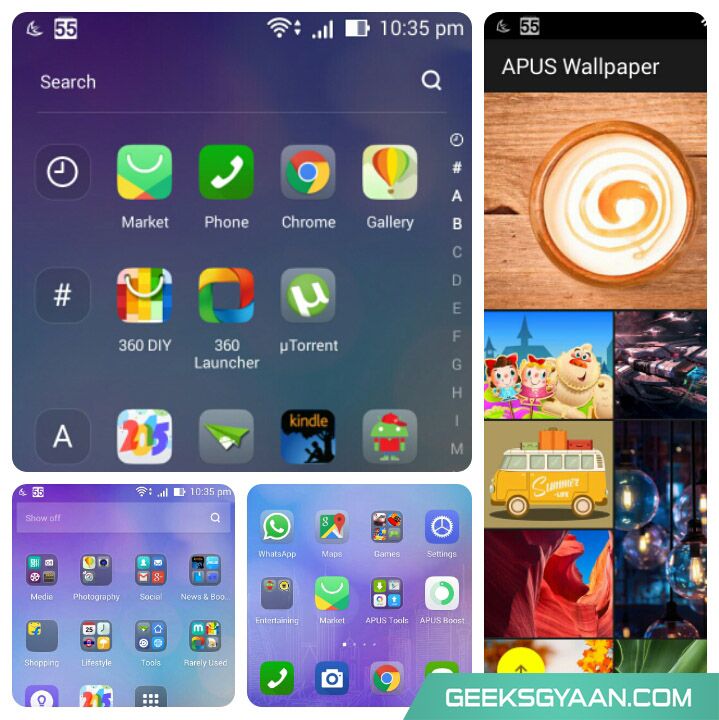 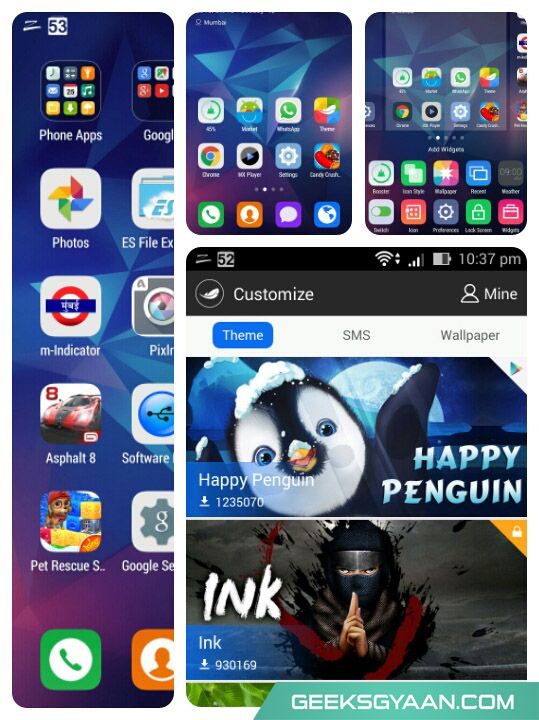 If you want to try iPhone style user interface on your android device then you should try Zero Launcher. Zero Launcher is the smallest, perfect and fastest android launcher. It has tons of transitions and 3D animation effects. It has its own theme store that has lots of free and premium themes and wallpapers for customizations. You can download Zero Launcher from the link given below.