Apple recently introduced iPhone 6S which is a killer upgrade to iPhone 6. iPhone 6S looks identical in design as compared to iPhone 6 but it comes in all new rose gold colour which matches the new Apple watch. Apple says they have changed everything inside the iPhone 6S. So lets checkout what has been really changed in the new iPhone.

iPhone 6S has the same 4.7 inch display size with the resolution of 1334×750 (326 pixel per inch). You might have heard rumours that apple might launch a pink iPhone, well the iPhone 6S comes in new rose gold colour, which slightly looks pinkish if seen in perfect light. The new iPhone is a bit thicker (7.1 mm)  as compared to previous one (6.9 mm). The weight of the device have also been increased from 129 grams (iPhone 6) to 143 grams (iPhone 6S). 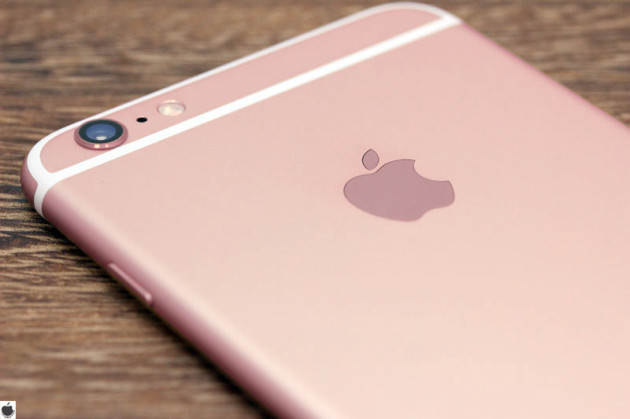 This is the most trending feature of iPhone 6S and iPhone 6S Plus. This is the next generation of multi-touch technology. A new piece of hardware which monitors the pressure of user fingers. This allow us to interact with the device in a new way. It’s functions is further classified into peek and pop. peek is when you light press on screen and pop is when you press the screen firmly. If you press down some seconds on an app then it will show you some sub-menus. For example- If you press on a camera application then it will show sub menus as shown below. 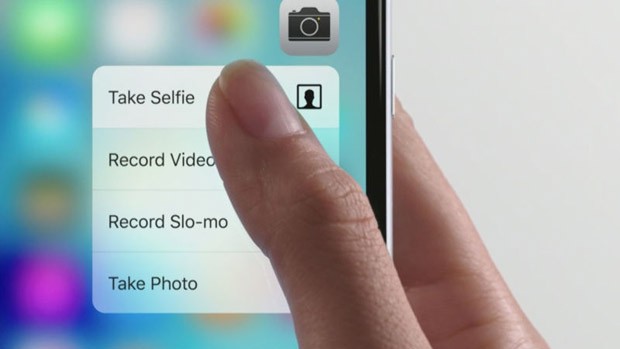 This is the biggest upgrade to camera since iphone 4S. Iphone 6S comes with 12 MP rear camera and 5 MP front facing camera with flash. Apple has discovered a new way of giving flash. The screen lights up very bright (up to 3 times brighter) while taking selfies. The rear camera also has the capability of shooting a 4k video. A new feature called live photos has also been introduced. This features captures a short video of every photo you click. This feature is going to eat lots of memory so its better to turn it off.

The iPhone 6S and iPhone 6S Plus will be supporting 23 LTE bandwidths up to 300mbps, and WiFi up to 866mbps. And in case you want to share your images or videos etc. iPhones 6S or iPhone 6S plus will have a new feature which will help you in sharing your data to an Android device. The new iPhones will also have some new iCloud storage pricing plans, ex- 50GB for $1/Month, 200GB for $2.99/Month and 1TB for $9.99/Month.
Talking about pricing and availability of iPhone 6S and iPhone 6S Plus, the new iPhones will come exactly in the same prices and configuration like the previous version, it will start at $199 and $299 appropriately for the 16GB  model.