We can understand how annoying it is to frequently receive telemarketing and promotional calls on your cell phone. Every cell phone user has suffered this one or the other time but thanks to TRAI, which provides for the facility to activate DND (Do Not Disturb) on your cellular network when you want to keep these interrupting calls away.

In India, the major cellular networks are Idea, Vodafone (Which is now the part of Idea), Airtel, BSNL, and now Jio is also a highly used cellular network among Indians. So, if you are fed up with these never-ending promotional calls and messages spamming and want to activate DND, go through this tutorial where the detailed step by step process of activating DND is explained for all the majorly used cellular network in India. Since every network has its own procedure, we have here discussed a general procedure as well as the procedure of some of the specific networks.

General Procedure For Activating DND on Any Indian Mobile Number

TRAI has framed certain benchmarks and principles for telemarketers in order to promote services. As per these rules, all the telecom service company has to check along with the database that such messages should not be delivered to people who have registered their mobile number under DND. In India, the standard number to activate DND on any cellular network is 1909. It is good to know the general procedure for activating DND. Here you may go –

You can also have the option to choose for which services you want to receive promotional messages. The list of the specific categories for which you can receive messages is given here. You can either activate any of them or all of them, which is completely the choice of the subscriber.

For example – If you are into real estate business and want to receive promotional messages regarding real estate then you can send this message:

You will only receive promotional messages regarding real estate.

Before you activate DND services on your mobile number, you must know a few basic rules about activating DND. These rules are mandatory from TRAI and network service providers have no interference or influence to such rules. Read them carefully –

If you are using any of the Idea, Vodafone, Airtel, BSNL, and Jio, we have also given the specific DND activation procedure. This is effective and works if done in the manner suggested.

How To Activate DND in Idea

At the moment, these are the only way to activate DND on idea. There is no online method available.

How To Activate DND in Airtel

As discussed above in the general method of activating DND on your mobile number, the same method is applicable on Airtel Cellular network as well. For faster response and action, you may do the same through its Airtel’s official website. Here’s how –

Applying for DND activation through the website is much faster than sending an SMS. Within a maximum of 7 days, your request will be activated.

How To Activate DND in Vodafone

Apart from the general way to send DND SMS to operators, Vodafone also facilitates its users to get rid of annoying messages and calls from its website. Below given steps will let you activate DND in Vodafone.

How To Activate DND in BSNL

For BSNL, you need to follow the standard procedure of sending SMS to 1909 as already given at the start of this tutorial. Let us explain you again with reference to BSNL specifically –

Here ‘X’ indicates the code for the service, say if you want to activate DND and still receive messages regarding Real estate then the code is ‘2’. So, you need to type “START 2”. The list of code for services is given below.

Alternatively, you may choose to call on 1909 and complete the process of DND by following the instructions given by the IVR machine. You can also visit the official website of BSNL services to turn on DND services.

How To Activate DND in Reliance Jio

India’s largest cellular network also provides you to stop receiving spam messages and calls. To ease its users, Jio has an App. Download the Jio App and do as directed below. 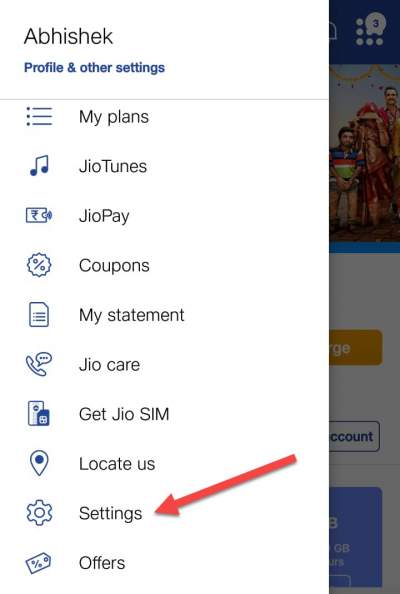 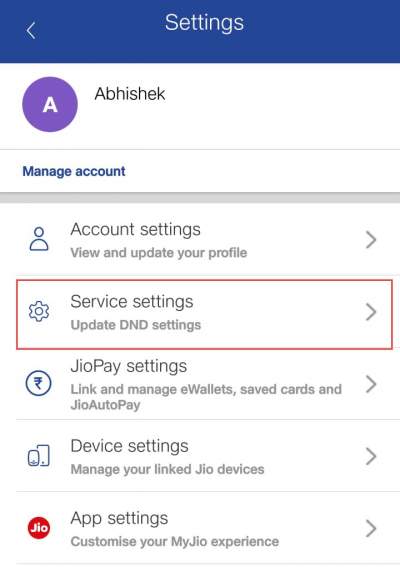 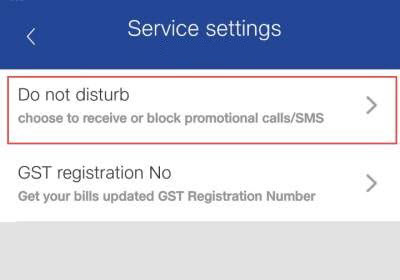 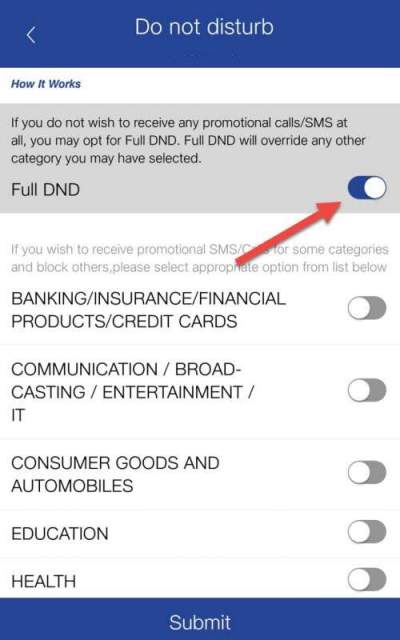 You will get a reference number with regards to your submission of the request for activation of DND. You can do the same from the official website of Jio.

So, these were some easy steps to activate DND on popular networks like Idea, Vodafone, Airtel, BSNL, and Reliance Jio.