With the introduction of computers in our life, we all have started typing. That’s the reason that all the computer manufacturers have focused on improving the typing experience for their users. Apple works the way and comes up with new innovative technology to introduce new keyboard designs. It was the year 2015 when Apple introduced ‘Butterfly Keyboards’ in order to slim down the MacBook design but now the company is pushing its horizons and try to give a smoother typing surface to its users.

As the world is moving into the virtual space, why not keyboards. Apple has realized this and decided to patent the new application which is called, “static pattern electrostatic haptic electrodes”. 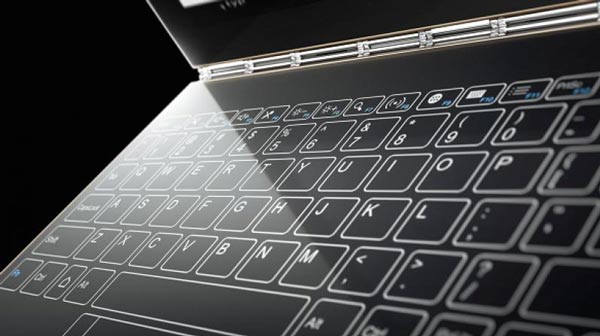 This time, MacBook users probably can make use of glass keyboards that imitate a hardware keyboard when typing. The patent application made by Apple.Inc hints that the new virtual keyboard application is a static pattern electrostatic haptic electrode on the surface of the keyboard. There will be two screens, among which the second screen gives the identical experience of typing as that of mechanical keyboards.

So, all-in-all, Apple has a plan to make use of haptic motors and electrostatic charges together to simulate the keys on the keyboard. Here the obvious question that arises in every mind is how come a glass screen feels real? Well, the answer is a little bit technical! When the users type on the keyboard, their fingers repulse the charge on the key and the friction feels. It’s similar to the patent use in iPad and iPhones these days.

It might seem an impractical concept but let’s see how it goes. Apple, before last year, patented its dual-screen MacBooks. And you see, Microsoft has already announced it Surface Neo to launch. Hopefully, Apple’s experiment with the new technology gives users a new and realistic use of keyboards.