In the current settings of Firefox, if a user visits any website frequently it starts automatically showing popups. Mozilla revealed in its blog post that it researched and found that popup notifications are very unpopular and annoying among the users. Every website gives two options i.e “Deny” or “Accept”. The results of research done back in April this year by Mozilla Firefox are shocking.

According to the statistics so obtained, approximately 48% are denied by the users and others simply cancel the window without choosing between any of the options. However, when the website frequently pushes the notification, it is probably that the user might change the mind.

If we look back, this notification popup was added for the first time in Chrome 22 in September 2012. Firefox has introduced it in June 2013 in its version 22. Since then, a lot of changes has made in this API. Initially, this was a boon for the users to get timely notifications and alerts even after the user exit the website but later it became a significant tool of spamming and virus injectors.

Showing the intensity of threats, Jerome Segura who is a malware analyst at Malwarebytes is of the view that, “Notification spam is quite common, especially via certain types of publishers and malvertising in general. Since most browsers can block ad popups or popunders, push notifications have been greatly abused,” Segura added. “In fact, I even question the merits of such a ‘feature’ in the first place or at least some serious oversight in how it could be implemented.

“Years ago, people would come to you about annoying ad notifications popping up on their machine, and that was usually due to adware programs [installed locally]. But these days, I would say this has been largely replaced by notification spam, which is very easy to fall for with some basic social engineering,” he added.

“In comparison to cleaning up an infected machine, it’s actually much easier to remove already allowed notifications, but most people just don’t know how,” Segura said.

Firefox is also taking this step to stop popup messages to prevent the user’s systems from viruses and malicious codes. Many websites make use of these notifications to inject dodgily codes. ZDNet writes that “Notification spamming is the major source of fetching information of the users”.

Mozilla’s Firefox Version 70 has also made many little changes already like when you browse any website, the option of “Not Now” is now replaced with “Never Allow” option. So, if the users are sure, they won’t receive any notifications from any particular website ever, one can go with the option of “Never Allow”.

While Google is still experimenting with Chrome, Mozilla has announced the upcoming update in January. In this way, Mozilla is the first to take this initiative for the best user experience. 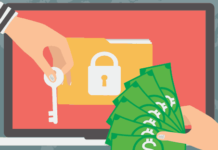 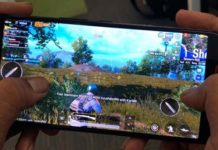 PUBG Mobile Might Introduce Karakin Map In The Next Update

How Long Does It Take to Learn Python?

15 Banned Android Apps That Are Not Available in Play Store