The GST or Goods and Services Tax has been one of the most important and controversial changes in the indirect tax system of the country. India’s indirect tax system in the pre-GST era was complex and lengthy, which created problems for tax filers and consumers alike.

The way in which businesses had to file taxes under the previous tax regime was also very complicated and had a lot of scope for corruption. There were many layers of taxation which required a lot of resources to keep track. 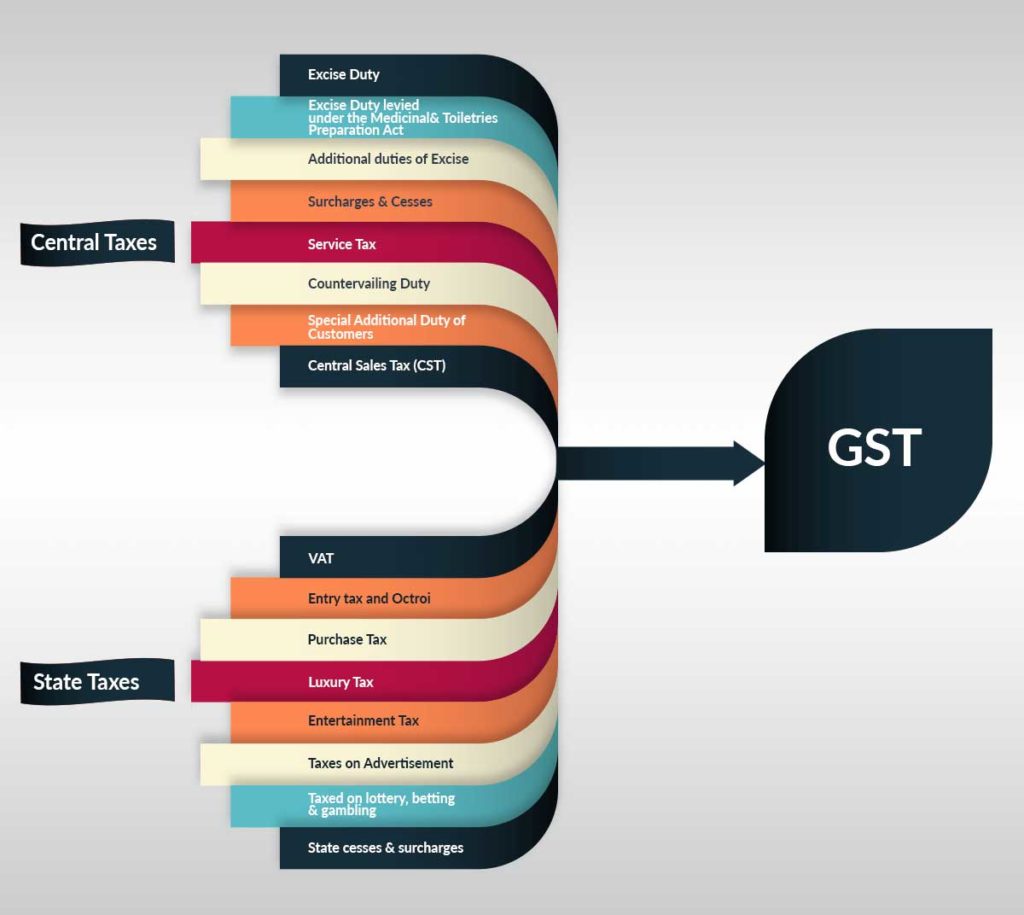 The indirect taxes under the previous regime were divided into many different taxes and cesses. There were Value Added Taxes or VAT, educational cesses, local taxes at the city level as well as myriad other charges depending on the locality.

GST has subsumed all of these taxes and cesses and replaced them with one single tax, the official GST website has a GST FAQs section which has a good overview of the GST.

Although controversial, the GST has been a net positive for the country for various reasons. Some of the reasons the GST is better than the previous regime are listed below:

1. Simplification Of The Tax Code:

Under the previous tax regime, the indirect tax code was extremely complicated and convoluted. The multiple layers of taxes were problematic for businesses because they had to expend a lot of resources to compute and file the taxes.

Many times the tax authorities were local bodies who had their own tax collection methods as well as filing periods. All of this created a massive lag on the economy by diverting time and money from productive purposes.

With the advent of the GST, the tax code was simplified and all of the various taxes under the old regime were subsumed under the unifying GST.

The previous tax regime consisted of various tax collecting bodies which had jurisdiction over their respective territories. A product had to pass through multiple tax jurisdictions before it could reach its final destination.

This resulted in multiple taxes and tax authorities which the business selling the product had to take care of. This was a major problem for businesses, especially small businesses. Navigating this type of indirect tax system required a lot of resources as well.

With GST, all of this has changed. Now, there is a single tax collecting authority and a unified tax structure which has significantly eased bureaucratic conditions with respect to taxes.

Under the previous regime, there was no unifying authority which could handle questions, under the GST, there is now a dedicated website which can handle questions like GST FAQs, where you can get all GST related questions answered at the click of a button.

Also, GST has allowed policy stability in the country which has made investing in India attractive for foreign investors and increased India’s rankings in the Ease of Doing Business rankings.

The GST has significantly increased tax compliance in the country. Under the previous regime, the government’s ability to detect tax evasion by businesses was limited due to the way the tax code was structured.

There was also manual filing of tax returns making verification a huge task. This resulted in massive tax evasion leading to less tax collections for the country.  The GST has changed the way taxes are filed in India.

Since everything is electronic under the GSTN (Goods and Services Network), and there are complementary forms that have to be filed by all the suppliers in the value chain, evading taxes and under-invoicing is very difficult to achieve.

The GST system has made transparency a very important aspect of tax collection. The government has created the GSTN to make all of the transactions transparent and electronic.

Due to this, businesses have access to all of the information about their taxes at the tip of their fingertips and can have a platform where they can safely and securely file their returns.

Under the previous tax regime, there was no way of knowing what sort of information about transactions is actually being recorded or who was responsible for collecting the taxes in the first place. That sort of work culture also bred a lot of corruption at the local level, where businesses often had to take the help of local managers to get their paperwork passed through.

Under the GST, there is no need for help from anyone as everything is online.

To conclude, GST has had its share of trouble, especially at the introductory phase where there were problems with the network and the filing periods, but GST has been a net positive when all of the advantages have been taken into account.

GST FAQs and other tax-related information can be searched online on the GST website which has a comprehensive set of FAQs.