WhatsApp is always working on various new features, no matter how long it takes to bring those new features into the app. A new report from WABetaInfo suggests that WhatsApp developers are using even more features for the chat app.

According to WABetaInfo, WhatsApp is working to introduce a new feature to “connect missed calls.” As the name suggests, this feature allows users to join group voice or video calls that they may not have originally been able to answer. While the call is still in progress, WhatsApp will show you an option to join the call. 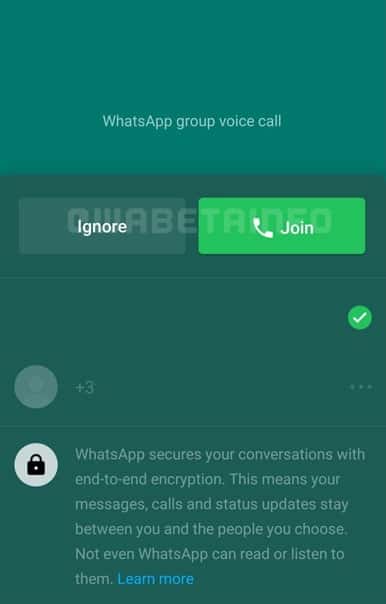 At the same time, the report suggests that WhatsApp is also working to improve the fingerprint authentication feature on Android. Apparently, until now, the feature could only be used on Android smartphones equipped with a fingerprint scanner, but WhatsApp is working to add support for other biometric authentication systems such as facial recognition.

It’s worth noting that WhatsApp already works with Face ID on iPhones. So it shouldn’t be too difficult for developers to add facial recognition support to Android as well.

Apart from these two functions, WhatsApp would also work on delivering voice and video calls to your web client. Additionally, WhatsApp would run on an in-app support system and support self-destructing file delivery among a host of other features, including multi-device support that has been around for a while.

Since the beginning of the lockdown, most of us are familiar with the Zoom app to participate in video calls. Now WhatsApp also adds a missed call connection feature, similar to Zoom.

This feature optimizes group calls on WhatsApp. If someone calls you to join a video call and you were unable to join for some reason, WhatsApp will inform you if the call is active the next time you open the app. You can click the Join button to join the call or you can ignore it.

When it comes to biometric unlocking, there is nothing new for iOS users as WhatsApp introduced Face ID support long ago. On Android, there are no dedicated facial recognition sensors on phones, but the functionality is there. However, WhatsApp only considers fingerprint lock for authentication on Android devices.

If “fingerprint lock” is changed to “biometric lock” in the future version, users will be able to provide facial recognition lock for WhatsApp. The screenshot shows that you can also unlock the app with “other unique IDs” without knowing what other IDs are involved.

In another recent beta update, Messenger added the Always ignore option for a group or contact. We hope these new features will further refine the WhatsApp experience. Group calls have become more common since the lockdown, and in April WhatsApp increased the number of group calls to eight.

With end-to-end encryption, WhatsApp is one of the most secure platforms for text messages and calls. It will be good to see more improvements to the app in the future.