Before Arkham Knight came out, superhero games were few in number and the ones that existed were sub-par at best. When the first Batman Arkham game came out in 2009, it redefined the superhero videogame genre. Due to its popularity, a franchise was created and it gained a massive fan-following. Since then, Batman: Arkham Asylum has received many worthy successors in the form of sequels, which are equally popular as the first game.

If you haven’t caught on to this phenomenal series yet, now might be the best time to do so, as recently, WB Games Montreal has revealed the next Batman game, Batman: Gotham Knights. Even if the stories are not necessarily continued in this new series, but still the older Batman: Arkham series is so well made, that every superhero and gaming fan should try them at least once.

If you are a newcomer to this series or a seasoned veteran who wants to revisit these games, then take a look at the order the Batman: Arkham series games were released and find out the correct order in which the story of the games continue. 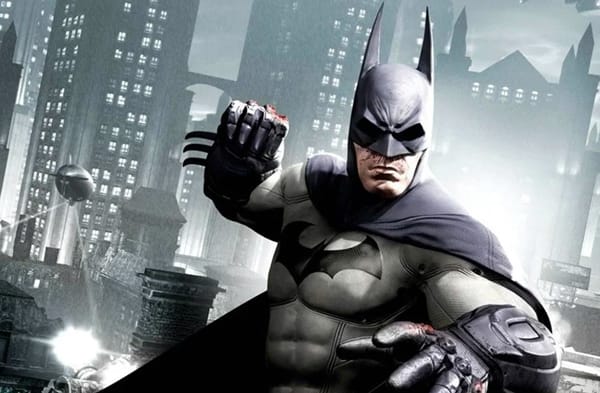 First, take a look at the order the games came out starting from 2009 to the final game in the series in 2015.

The first game in the series was Batman: Arkham Asylum. It supported all the major platforms at time – PlayStation 3, Xbox 360, and windows but it eventually received support for newer hardware like PlayStation 4 and Xbox One in 2016. The development of the game was done by Rocksteady studios and when the game came out in 2009, it was considered the best comic book game ever released.

In this game, the story starts off with Batman’s foe, The Joker, being captured by him and brought to the Arkham Asylum. Soon, the Joker breaks free from his cell with the help of other villains, and takes over the facility in Arkham City.

The game was praised for its satisfying gameplay and impressed reviewers at the time. It features a simple but exciting combat system and a well-executed stealth mechanism. You also have the options to use various gadgets available to you in the game and also features various trophies.

In terms of graphics, the game featured visuals that were considered amazing at the time of release. The worlds are well detailed and the game engine is well polished.

After receiving stellar feedback for the first game, Rocksteady studios released the second game in the franchise on October 2011. The game originally came with support for Xbox 360, PlayStation 3, and windows. Later, in 2012 it received support for Wii U and MacOS. Again, in 2016, the game was remastered for PS4 and Xbox One.

This time, the game continued the story after the events that took place in the asylum. The villains from the first game gather together and declare a part of Gotham City as Arkham City. The players are introduced to Dr. Hugo Strange, the main villain of the game, who captures Batman and traps him in Arkham City.

The next game in the franchise – Batman: Arkham Origins, was released two years later. This game provides a backstory for Batman, and depicts a young Bruce Wayne on his nightly outings. This time, the game was developed by WB Games Montreal. It released in October 2013 with support for PS3, Xbox 360, and Windows. Unlike the previous games in this franchise, this game was neither remastered, nor ported to other operating systems and consoles.

This time, the game introduces a main villain named Black Mask. As the villain grows tired of the vigilante activities of Batman, he puts a $50 million bounty on Batman’s head. Soon, young Bruce Wayne has to face several expert assassins who are out to get him.

This game features very similar mechanics to the previous games. The game was not as big or detailed as its predecessors. Still, it was praised for a lot of other aspects like its voice acting, combat mechanics, and its storyline.

The latest and perhaps the final installation in the franchise is Batman: Arkham Knight. This time, the story continues after the events of Arkham city and starts in Gotham’s dark streets. The game development was again picked up by Rocksteady studios, and it was rated highly by both critiques and fans. At the time of release, the game supported modern systems, like PS4, Xbox One, and Windows.

The game introduces players to a mysterious figure, The Arkham Knight, and the main villain Scarecrow. This time, Batman is supported by other comic book heroes, such as Robin, Nightwing, and Batgirl. The Batmobile is introduced in this game which makes transportation and combat much more fun than the previous installations.

The gameplay remains pretty much unchanged when compared to the other games in this franchise, albeit a bit more polished and refined.

The first game in the series introduces Joker, Firefly, Deathstroke, Bane and a whole lot of other characters important to the story. This should be played first in the chronological order to best understand the plot timeline.

Batman: Arkham Asylum introduces the player to Harley Quinn, Scarecrow, and Poison Ivy. The story conti after the events of Arkham Origins.

Next, The story continues and the game introduces vital characters like Clayface, Hugo Strange, Catwoman, Ra’s Al Ghul, and many others.

Finally, you have Batman: Arkham Knight. This game continues the story and introduces The Arkham Knight and Red Hood and other DC heroes.

Batman: Arkham franchise of games have changed the superhero genre of video games in the long run, and its success is well deserved. Gamers all over the world have enjoyed hours of refined gameplay and story provided by the series.

Even though, there has not been a new game released in this franchise in the past 6 years, fans still hope for a reboot or remaster of the games. You too can enjoy these games starting either from the first installation in the series or in the chronological order of stories with the help of this post.