According to Statista, WhatsApp will remain to be the most popular communication app in 2022, with 2 billion monthly active users. Its popularity has turned it into the most commonly used communication channel for kids and teens. And to protect your kids’ WhatsApp data and conversations from hackers and bullies, you must know who your kids are communicating with. But monitoring WhatsApp without the proper tools and knowledge can cause far more damage than anticipated.

Surprisingly, there are numerous ways by which you can bypass WhatsApp encryption, but they are difficult and unreliable.

You could monitor WhatsApp by using the QR code to sync the web version with their device. However, once the owner realizes they are being watched, they can immediately desync it.

You could also export WhatsApp messages to their email by exporting the phone’s chat history. It only takes half a minute to set up properly, but you can only read non-deleted messages. So an easy solution for bypassing WhatsApp encryption is to use tracking apps. These apps are reliable and readily available for use. Due to how easily available they are, consumers have a lot of choices, and it can be overwhelming to choose the right one. Listed in this article are a few WhatsApp surveillance apps that are trending in 2022. So read on! 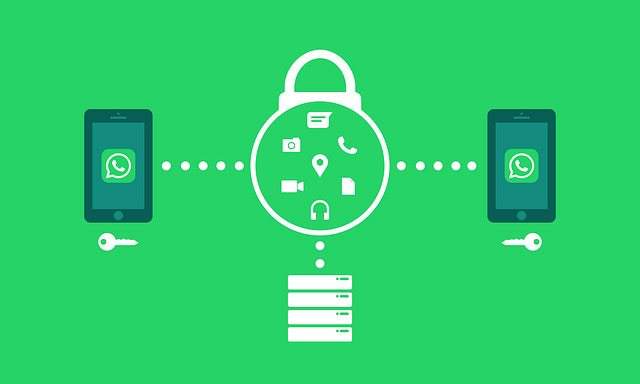 Xnspy is a popular WhatsApp tracking app that has been around the block for as long as WhatsApp itself. It has seen multiple updates over the years, keeping the app feeling fresh and relevant.

Due to the numerous iterations and patch updates the app has gone through, it can be hard for new users to keep up with all the changes and UI improvements. Luckily, the developers have made it easy to use this stealth app to track WhatsApp chats by making a fully-fletched guide.

It’s simple to set up and functions in stealth mode, so the owner has no idea their phone is getting tracked. Because discretion is necessary, this highly desired feature in WhatsApp tracking apps becomes a must.

Xnspy begins uploading data to the user’s account, referred to as the dashboard, as soon as it gets installed on the target device. This web portal allows users to track the devices they want to monitor. The dashboard contains all necessary functions, including WhatsApp and SMS tracking. Furthermore, all discussions and exchanged files on WhatsApp get automatically uploaded to the user’s account. Clear the browser cache before checking in to ensure that the app and the dashboard are in sync.

Xnspy bypasses instant messaging apps’ end-to-end encryption by collecting screenshots rather than extracting text strings. It enables the app to preserve a visual record of all messaging threads to remotely spy on someone’s WhatsApp chats. The app’s most recent update allows the multimedia files recording feature to capture screenshots in full resolution without affecting the target device’s battery life. It allows for longer recording times resulting in crispier and more detailed screenshots.

The uMobix app is compatible with both rooted and non-rooted Android smartphones as well as iOS devices. It can run on all Android devices running version 4.0+ and all iOS versions. The app performs similarly on both platforms since it is fully optimized for both Android and iOS devices.

I was able to install it quickly on my Galaxy S21 during my testing because the setup file was under 6 MB. When users need to keep track of several devices, the app shines. In this circumstance, uMobix is the go-to monitoring solution because it can link and unlink many smartphone devices to track them. The only limitation is that they can only monitor one device at a time.

With this app, users can remotely spy on someone’s WhatsApp chats. It means you can view received, deleted, and sent WhatsApp messages, including group and private texts, along with the timestamp of each message. Users can also remotely spy on videos and photos stored on the target device. You will need uMobix’s full package to do this.

The software does not enable real-time monitoring, despite providing regular updates every 5 minutes. As a result, you may be viewing some data. However, just like any other spy app, everything gets recorded on the dashboard.

KidsGuard Pro is an app that is helping to maintain tabs on internet habits and WhatsApp communication in an era when youth mental problems are on the rise. Another comprehensive WhatsApp monitoring solution on the list is. Because KidsGuard Pro has such a massive instant messaging app library, users have many channels to spy on. It eliminates the possibility that any conversation will go unnoticed. KidsGuard Pro has apps for both iOS and Android phones and does not require a jailbreak or root to function.

Parents can also buy a WhatsApp-only version of KidsGuard Pro that allows them to spy on someone’s WhatsApp chats only. It is a cheaper option and if you are sure you only want to monitor your kids’ WhatsApp accounts, then definitely go for it. But the price difference between a yearly subscription to the full app experience and a WhatsApp-only version is negligible.

The keylogger is one of its most prominent features even though popular programs such as Chrome, Memo, and AnyConnect all sync correctly with the app. The keylogger neatly displays the typed messages, along with the time and date stamps. It is thus a necessary feature for parents who want to read their children’s online messages and conversations.

Hoverwatch is the go-to monitoring tool for parents wanting to keep track of WhatsApp communication on multiple devices. Users can enable or disable covert monitoring from the comfort of their own homes.

The app’s monitoring and remote tracking technology are among the most dependable on the market. It works on Android, Windows, and Mac computers. The app is free to download, but you can only use it for seven days after your membership expires. Customers of Hoverwatch can use the remote smartphone tracker to view messages sent through WhatsApp. A useful feature of the app is that it allows parents to view deleted messages on any messaging app. So if your son accidentally deleted all Instagram posts, you will still be able to view them.

Photos, movies, and audio messages sent via WhatsApp get saved to the online account. It facilitates simplified tracking of all the extracted phone data, and users can access it whenever they want.

Hoverwatch is a decent place to start for users new to remote monitoring apps. It has solid but limited functionality. Users looking for a more interactive, customizable experience should look elsewhere since the app is too bare-bones with today’s standards. The dashboard can feel a bit clunky sometimes, and the speed at which the phone data gets uploaded feels sluggish. The problem seems to persist, and it feels it lies within the source code itself and not on the app’s front end.

Bark is new in the parental control apps market, but it has recently made a lot of noise. It’s compatible with iOS, Android, and Amazon devices, and there’s a premium version available for free. Another attractive feature of Bark is the ability for parents to monitor an unlimited number of devices.

The free one-week trial is an excellent addition because it allows testing the software before purchasing. More parental control apps should provide free product trials.

The software censors information on WhatsApp by analyzing it with clever algorithms to determine if it is sexual, destructive, obscene, violent, depressing, or suicidal.

It is excellent at keeping track of Google accounts and reporting problematic alerts. Texts, emails, messages, social activities, and even document messages are all included in its notification alerts. But more importantly, Bark automatically started monitoring WhatsApp conversations on the Android device I installed it on during my testing.

An AI-powered algorithm examines WhatsApp messages for threats of violence, sexual innuendo, and inappropriate language to filter content and send alerts. Bark censored a lot of content correctly, but it also produced a lot of false positives during my testing.

A similar situation occurred during web-content filtering. During my testing, it removed the vast majority of website data. However, a few websites slipped through the cracks, and Bark failed to filter them out.