Weekends provide a crucial break from the typical work week, allowing you to relax and accomplish things that interest you. Try to engage in a stress-relieving activity, such as exercising, spending time outside, or playing some fantastic online games, while simultaneously devoting time to your interests or hobbies.

Oh, wait! Your interests and hobbies are online gaming! In that case, you are most definitely in the right place. These online games will transport you to a non-stop, jam-packed, fun weekend! Whether your gaming interests revolve around FPS or mobile blackjack games, the online games below are not to be missed. 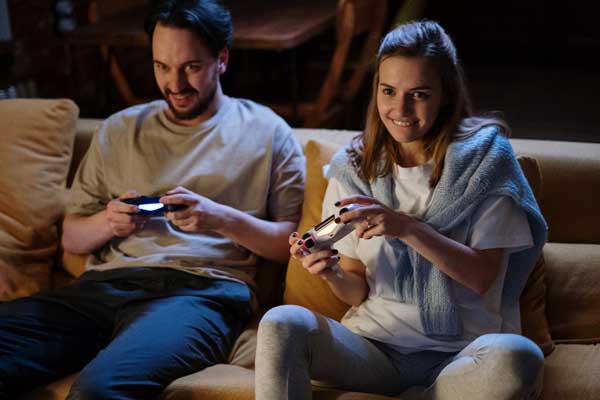 Take turns painting as the rest of you speculate in the side chat about what your friend’s lousy artwork is about. Because it is a browser game, you can also use the time to have a video conversation with friends. It is also simple to set up – simply establish a private room and share the invite link with your pals. A private room may accommodate up to 12 people.

It Takes Two is the latest game from the developers of A Way Out, and it’s yet another game designed to be played cooperatively. This time, you play as a husband-and-wife team who have been converted into dolls by their daughter, upset by their divorce news. The game is like marriage counseling from an anthropomorphic self-help book.

Now you’ve got a taste of what to expect from It Takes Two. But it’s also much more than that, a small piece of magic and the best co-op game out there.

You’ve played the classic card game at least once in your life, but did you know there’s an online version? There is no need for a login or download; simply open a new tab in your browser and create an online room for you and your friends. Cards Against Humanity has playing rooms that can accommodate up to 20 players.

Its database contains cards from the main game and several expansion packs. The chaotic party game is all about amusing one another with wild answers that are humorous, bizarre, morbid, and occasionally indecent.

The game is called 8 Ball Billiards Classic (8BBC), although it is simply virtual pool. You take turns playing and must pocket either stripes or solids, depending on which type you initially drop into a hole. Despite being a mouse-based game, it’s surprisingly simple to play on a laptop touchpad.

First, use the guideline indicators to align the shot. Then, slide the mouse on the strength meter and draw back the stick to the required amount of power. It’s one of the best free pool games to play online with pals.

This free version of Monopoly can be played on… you guessed it, Microsoft Excel! Not only can four players play the game simultaneously, but you can also choose to play against the computer, allowing smaller parties to enjoy the game as well. This game is absolutely free, and it also allows you to play in four different modes. This game is sure to spice up your weekly board game night.

Suppose you can find some folks to play with who aren’t going to sneak up behind you, tie a rope around your neck, and drag your corpse across the desert for an hour. In that case, Red Dead Redemption 2’s multiplayer is surprisingly fun. Rockstar accomplished the impossible by transforming the game’s single-player open-world into an equally entertaining multiplayer frolic.

Divinity: Original Sin 2 is a full-fledged RPG experience instead of many co-op games that compromise depth to speed up communication and inventory management. The game throws both players into a well of mechanics and then patiently waits for them to get their bearings. This Ultima-inspired adventure is more tactical, wordy, and interactive than any modern RPG, cooperative or single-player. As a result, it ranks as one of the best PC RPGs.