Instant Messaging has been the trend ever since people started using the BBM messenger or Whatsapp to instantly text anyone.

The best part about these instant messaging applications is that a user can text anyone among their friends or family from any corner of the world with only an active internet connection. However, one major point of contention is the privacy aspect of these applications.

It might surely be a task for you to pick out the best instant secret messaging app since there are a plethora of apps in that section. In order to make the selection process of the apps more convenient for you, we have shortlisted some of the best secret instant messaging apps. 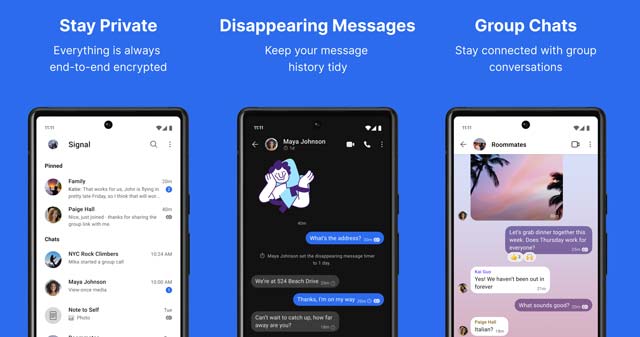 The Signal Private Messenger application offers the basic features of a third-party messaging app itself.

Through this, you can easily create a group chat in order to instantly message your friends or family at the same time. You can also attach files and send messages without any charges.

But the best feature or part about the Signal Messenger is the private messaging aspect.

It will also not ask you to remember any login id or any pins. The Signal Messenger app is a pretty straightforward application which helps the users in hiding text messages and keep them private.

Threema has a good reputation for having able to keep all your chats off the radar to potential hackers, developers, and even governments.

This secret messaging application is pretty simple to use and even has the capability of keeping the phone calls a secret due to its end to end encryption capabilities.

The security feature also ensures that the receiver of the message is the only person who would be looking at the message. The app’s encryption also protects the personal files shared in chats and also group chats. 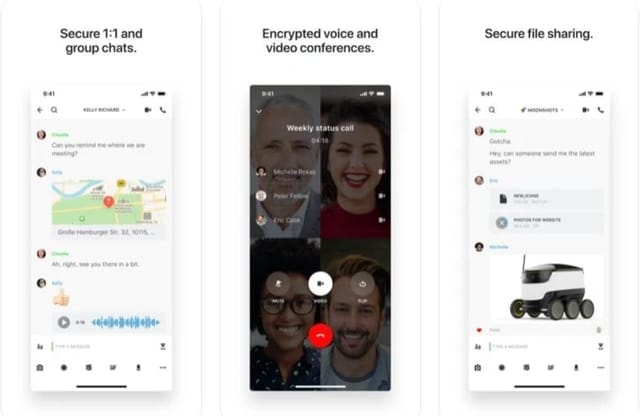 An important aspect of a secret messaging app is that it has a solid and reliable encryption protocol. Without that, the company would be at risk of being potentially hacked by its own competitors.

The company behind the Wire app has been known to value corporate transactions and the process of making these transactions secure.

This is the reason why it delivers one of the best end-to-end encryption for companies that are in need of a private texting application for their employees.

By using Wire a lot of companies can be assured of the fact that transmission of important announcements, details and confidential documents can be kept in a secret manner.

Through the app, the users can also make phone calls secretly and send instant messages as well. 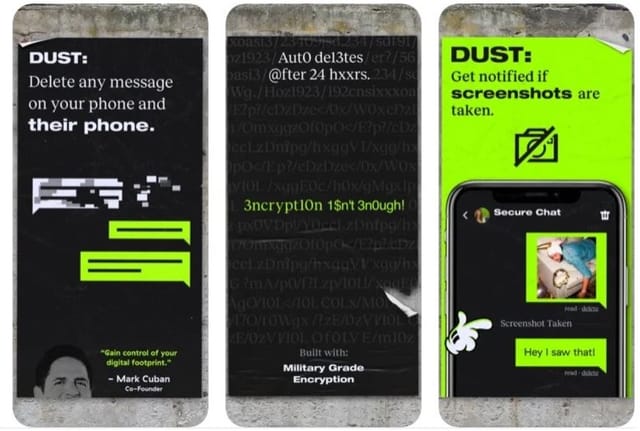 Dust is one of the best secret messaging apps available.

Through this app, a user will be able to send messages without fearing these messages being intercepted or even hacked by any third party or the government.

Dust does not store user data and information shared in the application on its servers, thanks to the end-to-end encryption that keeps data safe.

There are a lot of other features such as unsending any message, deletion of messages, detection if a screenshot is taken while texting the person and so much more 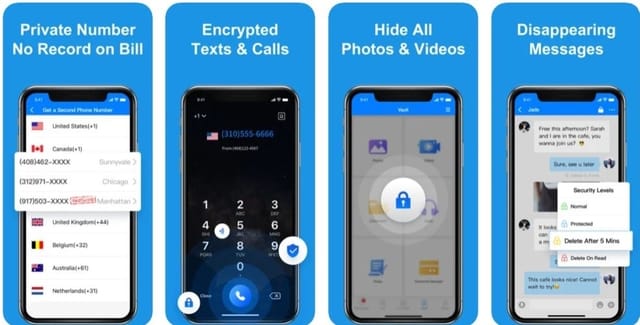 CoverMe can be considered one of the best texting apps out there. They have a secure end-to-end encryption protocol which ensures that any data or information transmitted within the app, between or among the users will remain off the hands of hackers.

As an added blanket of protection, the application also lets you password protect any message thread that you may have. It also displays an empty vault icon whenever someone tries and hacks through it. This app can be considered a decent alternative. 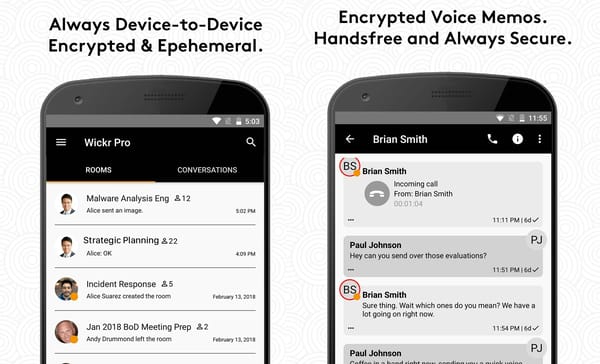 Wickr Me is a decent end-to-end encrypted private messaging application that will allow the users to send instant messages, photos, videos, and documents as well which would eventually be deleted at one point.

One can determine the length of the time the messages and other documents or photos would be available in the inbox, after which they would self destruct themselves.

This app is considered to be extremely underrated in the secret messaging app category since it is been popularised a lot. 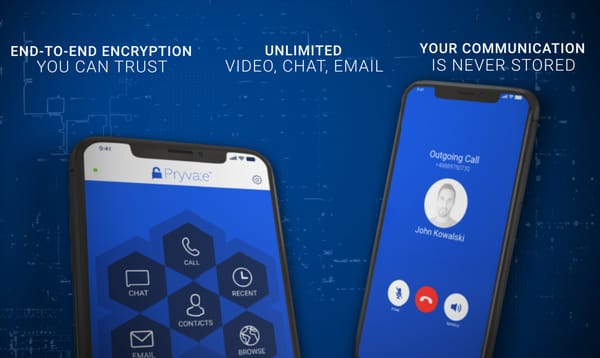 This secret messaging app is a free texting app that uses an RSA-4096 level of encryption throughout the board. The security tier is applicable for both the front tier and premium subscription.

To help you decide whether the paid or unpaid service is the best option for you, let us have a lot at some of the features.

There is the option of self-destructing messages after a particular period of time. The premium subscription will also give you an extra blanket of protection such as private messages and private calls. 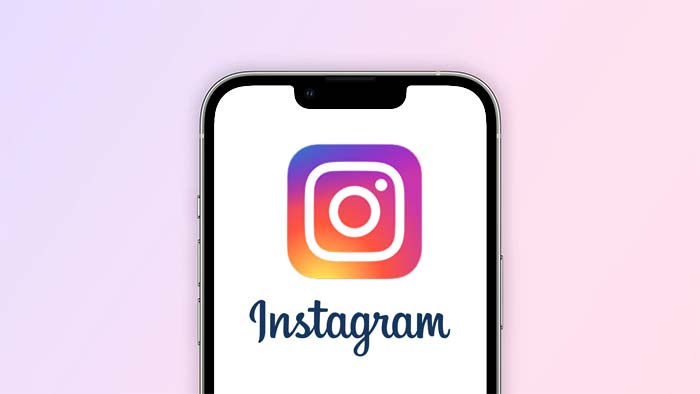 Instagram is by far the best application for sharing photos of anything to anyone, but it is not used that much in one-on-one messaging.

It has some really helpful features if you value exclusivity and privacy, especially the vanish mode. This feature particularly works the same way as Facebook’s disappearing messages.

All of your messages will self destruct after the receiver has read them. However, activating vanish mode on Instagram is much easier and more straightforward, which can easily be triggered by just swiping up on the bottom of your thread.

Telegram has one of the best end-to-end encryption mechanisms set among social media and instant text messaging apps. With more than 400 million users worldwide, Telegram has a reputation for not exploiting the users for any personal information or snooping up on their private chats.

The app has a lot of features which let you sync accounts on multiple devices and send files and media files irrespective of their size. You can also create a group that exceeds 200,000 members.

Facebook Messenger is one of the most popular apps out there with more than 1.3 billion users around the world.

A lot of users are not aware of the fact that Facebook Messenger has a secret messaging feature. In fact, you can send a private message to someone in two ways. Firstly, one can send or make end-to-end encryption chats and calls using this application.

This feature prevents any third party including Facebook from accessing the messages. You can also activate the disappearing messages feature to push the privacy more.

Whatsapp is a stand-alone third-party messaging application that offers end to end encryption of data which means that you can protect all your information and the shared files while using the application.

Whatsapp has an extremely powerful encryption protocol and is used worldwide. There are regular changes conducted to its security protocol in order to ensure that security remains a priority for all the users.

Among the other private instant messaging apps, Viber is also one to watch out for. The app is free to use and it is another straightforward application that is available for both Android and IOS devices.

This secret messaging app has more than one billion users. This app has a plethora of features. Viber values privacy a lot and hence has a feature known as hidden chat which can only be accessed via a PIN Code.

This app does pretty much the same thing as the other apps. You can make private calls, have private chats and rest assured that these chats won’t be accessible to anyone else. This app also is a subscription-based app and provides you with a private number. Other than these the app will also allow you to password protect the threads.

A lot of Apple device users like to use the Secret Messager application for its easy to use interface, functionality, and clean look. You may surely like this app for a lot of reasons. This app comes with a times messages feature wherein your messages would be deleted after a specific period of time which can be set by you.

If you are looking for a fun way to hide messages and more them more private then you can use this application. This app will let you select private contacts and then all the messages they sent will remain private.