Are you getting the error failed to send on Snapchat? Then continue to read this article till the end to solve it. Snapchat is a social media platform that primarily focuses on sharing various forms of media with your friends or any other loved ones in your life.

By using the messaging function on Snapchat, which basically lets you send timed messages, which can easily be viewed by your friends for a certain period of time.

If a user is unable to send messages or snaps or anything general on Snapchat then the app’s whole purpose gets nullified. We will look at the ways through which one can solve the send error on Snapchat.

The first thing you need to do is check on the servers of Snapchat since the issue could be related to Snapchat servers and not your phone in particular.

If there is a problem with the Snapchat servers there is nothing you can do about it, however, if the problem does not lie with their servers then you can look and follow the given methods as mentioned below. 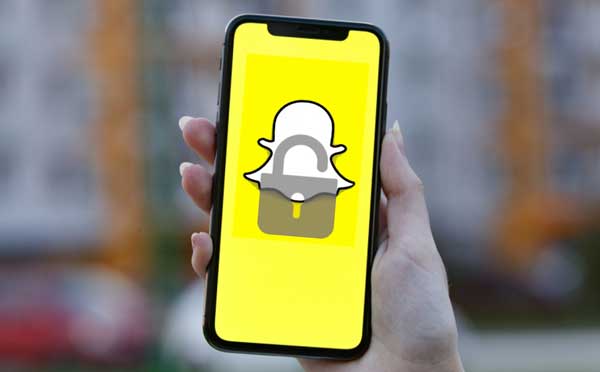 Check if you have added the other user as a friend

Due to privacy and security concerns, Snapchat only lets you send and receive messages or any other form of media to users who have only been added by you as a friend and vice-versa.

If you are not able to send messages to a particular user and not everyone then the first thing you should try and do is to make sure that the user has accepted your friend request.

This doubt can be confirmed if there is a grey arrow icon that says “Pending….” under the message that you have sent, then it is most probably sure that you are not friends with the user.

If the application is acting glitchy or not working properly then the first thing you should ideally do is to restart the app. This way, your phone would reload all of the installation files, which could have encountered temporary errors during the run time.

On Android devices, you can easily restart Snapchat using the application switcher. In order to open it all you have to do is swipe up from the bottom of the display and then swipe the Snapchat app upwards. In IOS phones you can also use the app switcher.

If you have enabled the VPN services for your network, the first thing you need to do is disable them. Even though the VPNs work the best for security purposes they can surely interfere with the flow of your network.

VPNs alter your IP address which makes it a bit difficult in establishing a stable connection with the Snapchat servers. Hence, you need to turn off your VPN and then try using Snapchat again.

Check the Snapchat application for updates

If you have been running the outdated version of Snapchat then the app may not only operate abnormally, but you may also have a bit of a security issue on your hands.

Applications that are not usually up to date do not have the security patches that expose you to a lot of hackers and other threats as well.

It is also completely possible that the version of Snapchat you have been running has a bug which prevents you from sending messages.

Just like all the other apps, Snapchat also stores temporary data on your device which is known as the app cache. This data is particularly used to make your app work a bit faster and hence improve your overall experience. 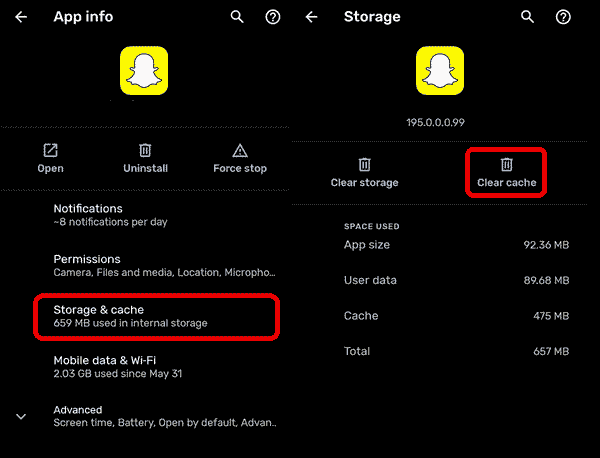 But the app cache builds up and can accumulate over time and would be harder to load. As a result of which Snapchat tends to perform a bit slower than usual and a lot of the functions may not work properly.

If clearing the cache of Snapchat and all the other solutions for fixing the issue does not seem to work then you need to try and reinstall the application.

There is a possibility that certain installation files may have gotten corrupted badly, as a result of which they cannot be fixed.

The only thing you can do in this case is installed Snapchat again. But in order to do so, you will have to delete the older corrupted Snapchat first.

Slow internet can also be the reason behind your inability to send messages or any other form of media on Snapchat. Considering the fact that Snapchat is an online platform you need a stable and active internet connection for the platform to operate smoothly.

You can use a speed tester to measure the speed of your internet. If you see that your internet is running at slow speeds then you need to restart your router and re-establish the connection to your router.

If you have been seeing a failed to send error on Snapchat persistently, then this would indicate that the application is not able to access your network.

In order to fix this, you need to ensure that you have given the application all the relevant permissions have been granted for the Snapchat application to work smoothly without any hassles.

Read: How to Delete Messages on Snapchat That Other Person Saved?

Report the Problem to Snapchat

If you are still seeing the issue of not being able to send messages or any other form of media then it is time to let the Snapchat developers handle the issue.

You need to try and report accurately on the issue you have been facing and then they will surely try and solve the issue as soon as possible.

You need to go to Profile and press on the spot the bug button and then type in your exact problem so that they can provide an immediate solution to the issue.