If you’ve upgraded to Windows 11, you may have noticed a drop in performance when playing games. Many people experience FPS drops that happen every minute or so. These drops are not game-breaking; they are just annoying.

What Is Low FPS And Stutters? Screen stuttering is an issue caused by irregular delays in online gaming. The most notable issue is that game playback may seem slow, laggy, and have time delays for player actions. This can lead to game-play troubles because it will either have an impact on gameplay or make it feel unresponsive.

A single frame of video games using GPUs can take a long time to finish rendering. These frames are sometimes skipped or delayed, which can be noticed when playing multiplayer games and have consequences for input latency.

For example, frames may sometimes be rendered during the refresh period for your monitor instead of the blanking period, resulting in a bizarre flickering effect on your screen.

FPS is measured by the frequency at which consecutive images called frames appear on a screen. 60 FPS means 60 frames per second. A higher FPS offers a better experience when watching a video of an object that moves quickly from one place to another, such as in a video game.

In many cases, there are a number of different issues that can cause stuttering during gaming, one being the type of game it is. If you are playing a graphically intense title like Cyberpunk 2077 or Control, then your GPU may be causing the issue.

However, if you’re playing a simulation game and it needs to quickly load many assets, your RAM may be causing the issue.

What Causes Low FPS And Stutters?

We’ve observed several causes of frame drops on Windows 11, some of which are common among people who have experienced this problem. These are the scenarios that might cause this on Windows 11:

Read: Does RAM Affect FPS in Games? How Much RAM is Needed

If you’re experiencing low FPS and stutters on your Windows PC, there are a few things you can do to try and fix the problem.

If you’re experiencing frame-dropping issues on Windows 11, it may be due to Game DVR. It was originally only available for the Xbox app, but has since made its way to Windows and is now available for Windows 11.

Game DVR records video of PC gameplay in the background, and saves what you select. If you don’t call upon a recording, it will discard it and keep going. Turning off game DVR is a good idea if you have a low-powered computer and don’t care about game recording.

It will improve your frame rates because the system won’t use resources to record the video. The way to disable Game DVR for now is using the Registry editor. As of now the best way is to start up an elevated Registry Editor prompt, then follow these instructions: 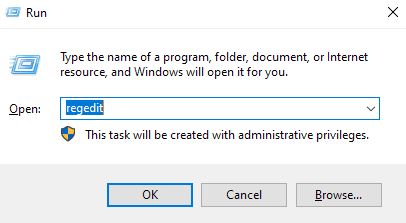 3. Once you’re in the Registry Editor, navigate to the following location with the help of the left pane:

4. Ensure the GameConfigStore Key is selected once you are in the correct location. After that double-click GameDVR_Enable Key on the right-hand pane.

5. Set Hexadecimal as the Base once you are inside the Edit screen and set the value data to 0, to enable the main component. To save changes, Click OK. 6. Double-click on GameDVR_FSEBehaviourMode inside the GameConfigStore registry key and set the Value to 2 and base to Hexadecimal before clicking OK.

7. To locate the following location you can use the same Registry Editor interface once you are finished with the previous modifications.

8.  Select the AllowGameDVR Key from the left menu once you are inside the location, Move to the left-hand menu and double-click DWORD on the right menu.

9. Again set the base value to Hexadecimal and Value Data to 0, Click OK. 10. Close the utility and reboot your computer once you are done with all these modifications.

11. Once your PC boots back up, see if the game is still suffering with the same issues.

If updating your driver didn’t help, you should check to make sure all drivers are updated. If a Windows 11 build has come out, it’s best to update them manually. Just do a drive search for the driver and update it.

For most users that were experiencing frame stuttering, updating drivers for audio, network, and USB connections in Device Manager should help stabilize your system.

2. To open Device Manager type ‘devmgmt.msc’ in the text box and press enter. Click ‘Yes’ to give administrative privileges one you see the UAC Prompt. 3. Expand the Audio inputs and outputs drop-down menu once you are inside. Click on the currently active audio device and update the driver from the context menu that just appeared. 4. In order to find the right drivers, we need to click on Search automatically for drivers at the next screen and wait until the initial scan is complete. Note: If Device Manager doesn’t find an updated driver, you can also look for it on Windows Update.

5. Repeat the 2nd and 3rd steps once the audio driver is updated, with the active driver for the network adapter.

6. Using the same steps, update the drivers of all the devices under USB Connector Managers.

7. To see if the issues have been fixed, restart your computer to allow the new driver equivalents to be installed once relevant drivers are updated.

8. Launch the game that was experiencing FPS drops.

After double-checking your PC meets the requirements for Windows 11 and updating to the newest GPU drivers, the next step is to check the graphics card.

If you find yourself experiencing unexpected FPS drops with new software, this may come from an older graphics driver that was copied over from a previous version of Windows.

We have two different guides – one for AMD and one for Nvidia. Follow the applicable guide for your graphics card manufacturer. A major cause of FPS drops on Windows 11 is when the mouse response rate is set to 1000Hz. Microsoft has not released a statement on the matter, but affected users have found that reducing the mouse pooling rate to 500Hz eliminates the issue completely.

In regards to how you change the pooling rate of your mouse, this varies depending on the type of mouse that you’re using. Gaming mouses typically have a utility that allows you to do so.

Usually, the Pooling Rate is labeled as “Report Rate” both inside and outside the companion app. Change it to 500HZ to fix the issue.

It is important to know that for high-end gaming mouse like Zowie EC2-B, there is a button that can be used when you are actively using the mouse that can allow you to change the report rate dynamically.

If the methods didn’t solve your problem, we recommend using Restoro Repair Tool, which locates corrupted files and replaces them with new, working ones.