After iPhone 11 and Google Pixel 4 XL, Huawei is also in the battleground. This week Huawei may unveil its newest flagship product, Huawei Mate 30 Pro. Initially, it is anticipated that Huawei may launch it only in China. Just before a week from the launch, Evan Blass posted the first leak of Mate 30 Pro for its awaiters, on his Twitter handle @evleaks. 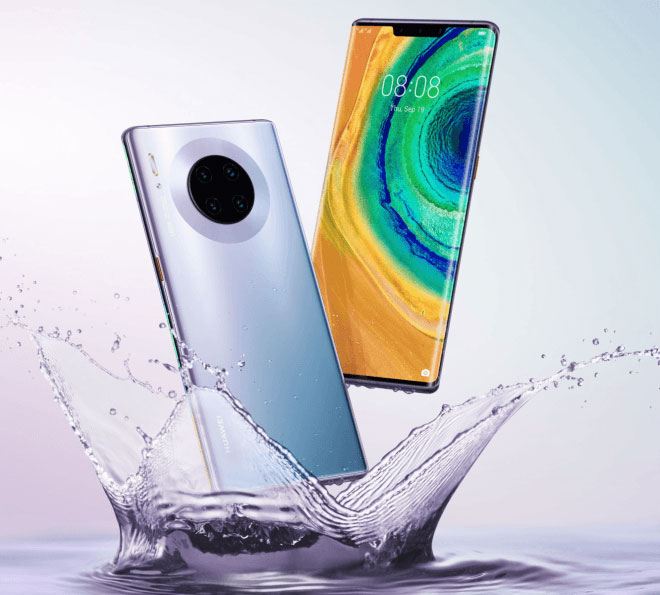 Picture of the new Huawei high-resolution phone is posted on Twitter. The Chinese brand also teased the details about its graphics along with an eye-catchy picture. As the hints were given in the earlier reports, the full-screen display looks really attractive. The screen of Mate 30 Pro is bent down to the edges (both right and left sides) such that it makes almost a 90-degree angle with its edges. And that’s why the phone is looking extremely borderless in the picture.

The top display of Huawei Mate 30 Pro is ‘Notch’ once again but this time relatively a bit narrower than all of its previous devices. Probably for the purpose of security and safe unlocking of device, the manufacturer has made no changes in facial recognition based on laser technology. Looking at the Twitter picture of Huawei Mate 30 Pro, the front camera is showing 3 lenses that can give an idea about its camera quality. 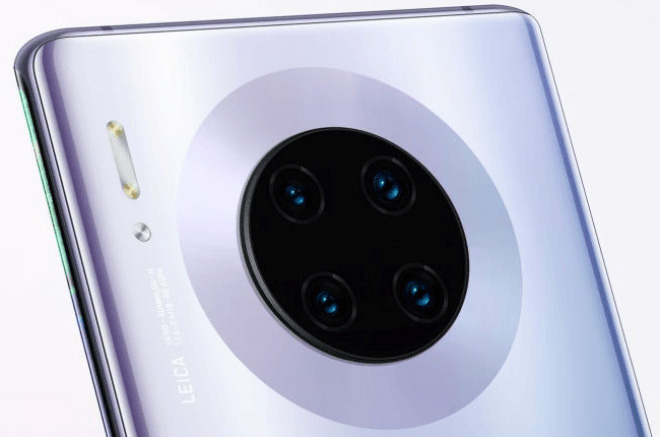 On the back of the phone as well, the design and sleekness of the phone is noticeable. Installation of a quad-camera unit is up to the expectations, however placing it in a circular cover is adding to the beauty of the piece. Apart from the usual flash LED, a wide flash can be brought additionally to pictures clicked by Huawei Mate 30 Pro.

It is apparent from the picture that the Mate 30 Pro supports dual SIM, as you can observe two SIM status on the phone screen in the picture. Also, you can see that out of the 2 networks, one can support 5G.

Huawei had a plan to install double camera sensors of 40 MP for offering the complete professional photography experience. Now let’s see, what Huawei has offered to us in terms of Camer expectations. From the picture of Mate 30 Pro taken from Twitter, the aperture size seems F/2.4 and the predictable focal length could be 18-85 millimeters. However, one thing is for sure that the new Huawei model gives a 5-fold hybrid zoom through which you can capture even the minute information in the picture.

Huawei Mate 30 Pro and a few other models by Huawei will be officially launched 3 days later on 19th September, Wednesday. The venue is Munich in Germany. Huawei users in Europe and Germany can buy the phone as to when it is launched there but the U.S. users can’t buy it due to embargo by Trump’s government. That’s the reason that Huawei devices are deprived of using Google’s official Android version on its phone.