One of the most appealing aspects of puzzle games is their wide range of variety. One such sub-genre is escape room, in which you are put in a situation or a literal room from which you must escape. To escape, you must find secret clues and devise a plan. Here are some of the best Android and iPhone escape game games.- 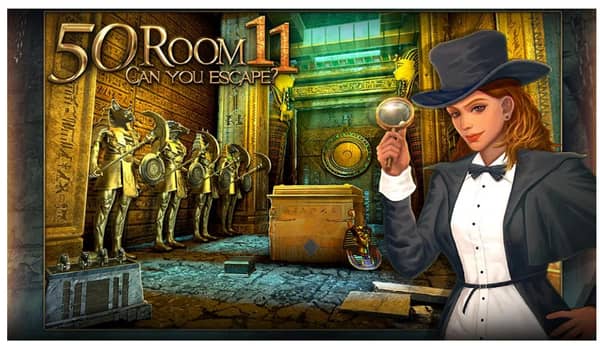 This is the third installment in the well-known 50 Room franchise. It is a typical escape room game in which you must locate all of the secret clues and hints in order to escape each and every room. You also do not have to worry if you get stuck hard, the game will give you chance to win some extra hints and tactics to get your levels cleared. 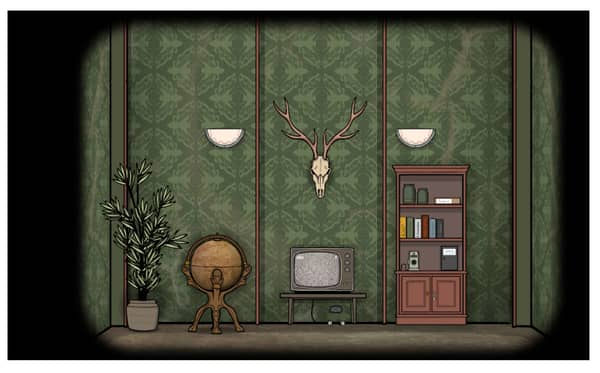 Can You Escape is a well-known and iconic escape game. This is now the fifth installment of the Can You Escape franchise and has developed a lot. Despite the fact that the game’s title suggests 100 rooms that are to be escaped, there are actually only fifty to solve. The rooms become more difficult and more interesting to escape from as you progress. It’s a must try for all the puzzle lovers out there. 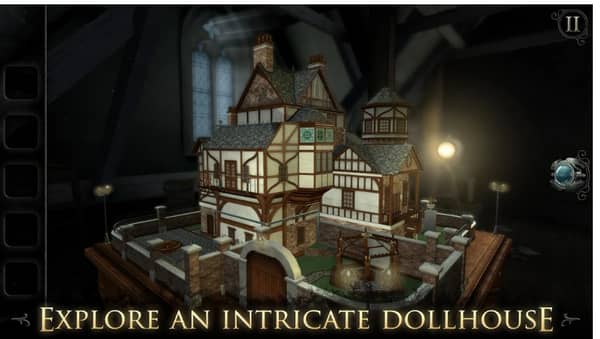 Cube Escape Paradox is a game in which you play as Dale Vander Meer, an investigator who was unexpectedly hijacked and locked in a room. To escape, you must locate all of the hints in the room and solve puzzles. One of my favorite aspects of this game is the number of game and film crossovers. Furthermore, the game is split into chapters, with separate endings based on the decisions you make when playing. 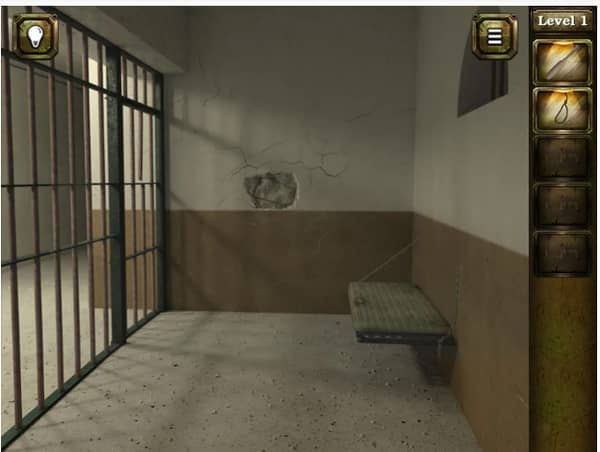 The Room: Old Sins is a high-quality and widely loved escape room experience with a great narrative to boot. That’s not your typical escape room game. Inside this game, you should therefore find a lost artifact in order to solve the case of a missing engineer friend and his high-status wife. You will engage with various items in the room when playing the game. There is a whole set of The Room games with new challenges if you want to play them. 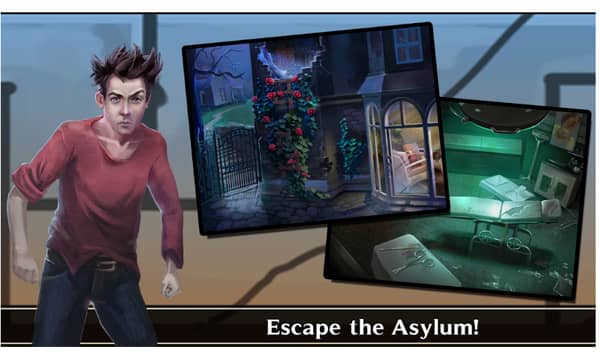 War Escape is a game in which you operate as a war prisoner who is imprisoned in a filthy bunker. To open the rooms and complete your quest, you must do everything in your power, such as solving puzzles and discovering secret items. There are fifteen different locations in the game, all of which have a strong war feel. 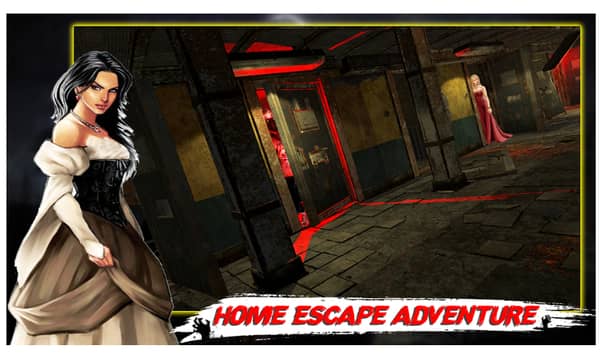 In the Asylum, there is a serial murderer on the run. You’re trying to somehow get away from him, and to put together the hazy memories to create sense of what’s going on around you. The game is broken down into chapters. Each chapter does have its own set of special escape challenges, as well as secrets regarding your memories. 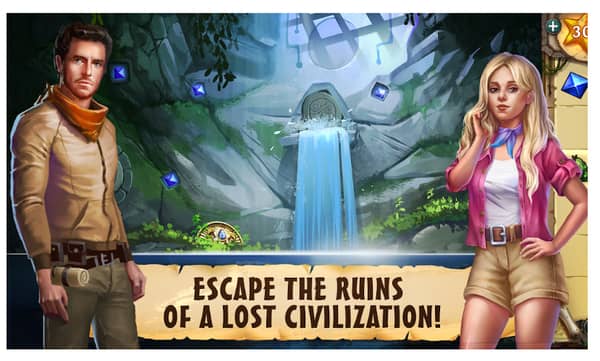 Another popular escape room game is Home Town Adventure. You discover yourselves in a locked-down house in the game. You must solve all of the puzzles in order to access various rooms and finally leave the house with your body alive. Each part of the house will have its own set of puzzles, hidden objects, and hints. 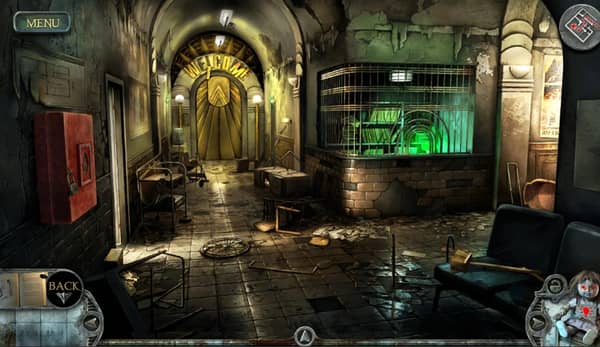 The Dark Ruins is an adventure escape game in which you crash-land in an old city full of secrets, suspense, and wonder. The ancient city is amazing and also the ancient powers that surround it attempt to flood the whole universe. You must survive the night, leave the old ruins by following all of the hints, and save the entire world from a horrible flood when doing so. If you enjoy a decent story game that allows you to engage with your mates, give Dark Ruins a shot. 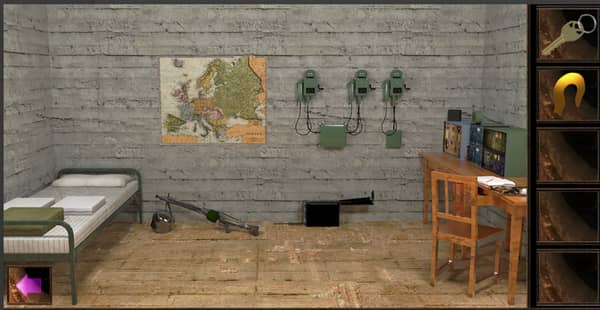 Forsaken Souls is a mysterious and horror adventure game in which you attempt to uncover the truth behind your mother’s death and your sister’s disappearing. The available choices between to play either escape room puzzles or hidden object scenes is what makes this game unique and gain all the fame in the market. While playing these games, you can acquire 40 different accomplishments and other bonus composition such as concept art, secret information, additional puzzles, and so on. 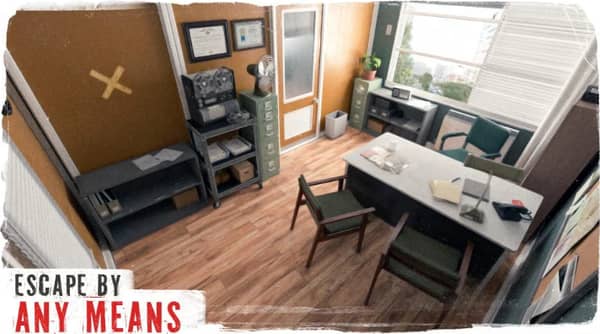 As the name implies, you will be dropped into a portal that will transport you back in time. To get out of there, you must attend various historical incidents and resolve complex puzzles. When you solve the puzzles, you learn more about the situation you’re in and arrive at the current time intact. One of the best features of this game is the auto-save mode, which allows you to leave the game anytime you want and resume from the same point the next time.

Spotlight is a typical room escape game in which you are trapped and imprisoned in an unknown room. Not only have you been captured, but all of your memories have been hazy and jumbled. Your goal is to collect as many clues as possible in order to not only escape the rooms but also restore your memories. Spotlight’s principal advantage is that it looks and feels like a theatrical thriller. Furthermore, almost any item in the room is arranged in a sequential order, making it a lot of fun to solve puzzles.

The Escapists: Prison Escape is a fantastic-looking 8-bit game in which you play as a prisoner. This is not like other games where you just have to find clues, in this you must find clues and create useful objects right under the noses of the prison guards. You will schedule your sweet escape from prison until you have all of the necessary resources. The great part of this game is that it necessitates logical thinking in order to escape from different scenarios.

Each one of us has heard about the Titanic! Escape Titanic is a main inspiration by the popular Titanic disaster. As the ship is sinking more and more in the game, you are supposed to solve puzzles and locate secret items to open rooms and escape from the sinking ship.

The Lost City is set in a mystical location that is both a legend and a myth. Your mission is to discover all of the secrets and escape from the legendary place. The game is a typical escape game with several puzzles and secret objects. Any object and artifact you acquire will teach you a narrative about the city.

The House of Da Vinci

As it is implied from the name, this game is all about the “House of Da Vinci”. You will have to solve different levels of puzzles, find hints and secret objects, unbox and unlock different boxes and so on in order to escape. I am sure, if you are a fan of ‘The Room’, you are going to love this story as well.

All That Remains: Part 1

One of the more recent escape games is All That Remains: Part 1. The main character and his sister are imprisoned by their father in an underground bunker. It’s your mission to get through it. The game contains a camera option that allows you to capture hints. There are also a variety of puzzles, a good soundtrack, and an auto-save option. Part 1 implies that there will be additional titles in the series. It’s also reasonably priced, at $1.49, and there are no in-app purchases.

It’s the newest installment in the popular Faraway franchise. To exit the region and continue playing, players must solve puzzles. There is a theme in each game in the series. The third has an arctic theme to it. Simple mechanics, a large number of puzzles, and a low price tag are included in the package. The games aren’t linear. As a result, you can play them in whatever order you like. The first nine levels are included in the free edition.

Great Escapes is a unique take on the escape game genre. Most Android arcade escape games feature hundreds of rooms, which makes the game longer. This one is more concerned with quality than quantity.  The Glitch Camera is used by players to capture images of various objects. The images provide hints as to where to go and what to do.  It isn’t the most visually appealing game in the category, but it is executed far better than others. There are also hints and an auto-save tool to ensure that you don’t lose your progress.

The Monument Valley series is one of the most well-known puzzle games for mobile devices. They aren’t true escape games in the conventional sense of the term. Each level, however, places you in a situation from which you must escape. The levels twist, turn, and do a variety of things.  The first game costs $3.99, with some DLC available as an in-app purchase. The second game is currently available for $4.99.

The Rusty Lake series is a collection of escape games that has been around for a long time. The setting of each game fits with the basic idea. You must find objects, solve puzzles, and try to escape the circumstances in each game. There are a total of nine games in the franchise. Each one is absolutely free to play. The graphics are a somewhat basic, but the most of the games are available for free. One premium game is available for $2.99 and is also quite good.

Izumi Artisan designed Rime – a room escape game. Rime offers realistic graphics and textures, so if you enjoy playing games that look excellent, this is the game for you. The colors are stunning, and the mysteries are well-made. It offers three distinct endings depending on your choices throughout the game.

This one takes the word to its logical end. Players must arrange rooms in the correct order for the character to progress to the next level. The incorrect approach can lead to complications, and the game will only let you progress once you figure out the correct path. Rooms has 144 levels spread throughout four houses, as well as different unique skills and a plot with two endings.

Escapists 1 and 2 are two different types of escape games. In these,  rather than escaping a room or a puzzle box, you’re attempting to escape a prison. The core gameplay of both games are similar. You take on the role of a law-abiding prisoner while secretly gathering and crafting materials to help your eventual escape. Larger prisons, more items, additional activities are all included in the second game.  Without a doubt, they are two of the best Android escape games. If you like, you may also play both of them for free with Google Play Pass.