You purchased a new desktop with the Windows operating system pre-installed. It looks and works just like the Windows version you buy separately and run on your screen. But, there is indeed a difference. You must have observed that all these points that I have been mentioning, all indicate to an OEM version of Windows, which is now included with every new PC.

What is OEM Windows? 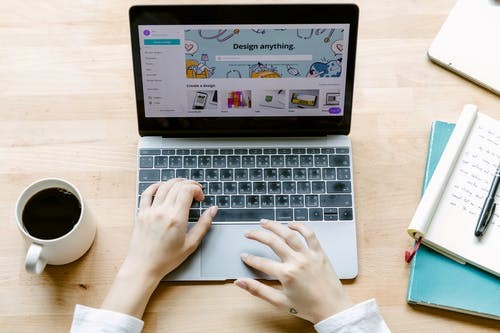 As obvious for many of us, OEM stands for Original Equipment Manufacturer. An OEM is used to produce the hardware or software components that could be used as the intermediate products in the manufacturing of other products by other companies.

Microsoft, a well-known brand is an Original Equipment Manufacturer that produces Windows Operating Systems to be used on PCs that are manufactured by companies such as Dell, Sony, HP, Acer, Lenovo, MSI, and so on. But, it should be noted that many times these PC vendors are also called as Original equipment manufacturers. This leads to intent confusion between the actual meaning.

Windows OEM (System Builder) is not something that is new to us and we are not aware of these. Microsoft is producing OEM Windows versions for many decades. We have been seeing many OEM versions such as Windows XP, Windows 7, and Windows 2000 and the list goes on. This shows how old these OEMs are.

Windows software and the OEM and retail Windows do not have much difference in terms of usage and seems identical. You will be acquainted with all the features and many software updates. Similar to the retail, Windows OEM copy comes in 32-bit and 64-bit versions. But nowadays, 32-bit Windows are not that much popular because of the lack of 32-bit systems.

Read: Gaming Laptop Vs MacBook Pro, Which One to Choose?

How is OEM Windows 10 different from retail Windows 10?

Stick to one device

The OEM Windows stick to a single device as its product’s key keeps tied to that particular device only. But the retail product key differs from OEM Windows and can work on one machine and then also can be transferred to another device. Earlier, the OEM product key was displayed on the bottom of the screen, but now a change has occurred, and now, it’s embedded into firmware (BIOS or UEFI) of that device and can be used by Windows users when required easily.

This makes it easy for the user because you are not required to turn on or turn down the device multiple times when you need the product key on your device. Also, there are numerous chances that the product key may get rubbed after some time.

You may face some problems regarding reactivating your system builder Windows if you are trying to update the hardware and this upgrade is quite considerable like the motherboard. To make it easier and efficient, you can make changes to almost everything but not the motherboard because it is attached to the product key.

Another difference between both is the pricing of each product. Microsoft usually offers these device makers for OEM Windows product keys at a quite lower licensing fee. This makes them quite popular and they are being purchased at these lowered prices in bulk.

Tech support is another reason which encourages Microsoft to charge lower fees on OEM licensing. Microsoft does not offer tech support for OEM Windows. This implies that the tech support of OEM Windows of Microsoft isn’t answerable to the user’s queries and customer services.

But, you can obviously use your computer’s tech support to get your queries solved. Windows OEM license keys can be used by professional system builders also which use that to configure PC and to customize it according to the demands and updates of customers.

Read: Does RAM Affect FPS in Games? How Much RAM is Needed

Another significant difference between the full version and the OEM Windows is that OEM cannot be used for an upgrade. This implies that if you already have a valid copy of Windows 7 or 8.1 and you want to upgrade it to windows 10 OEM, you have to make sure that your laptop is clean and you install the new Windows from fresh.

If you are planning to build a custom PC and want OEM Windows, then you can choose any of the e-commerce websites like Amazon and Flipkart to buy this copy for your system builder project.

Can I get Windows OEM for personal use?

Initially, the Windows OEM was made to only be pre-installed by the PC makers or through system builder setups that are used for resale. Even though you can purchase a legal copy of Windows OEM online, there is no information about whether you can do so as an end-user, I mean whether you can use it as your final product on your PC.

For most consumers, it’s best to stick with retail Windows because there’s a lot of confusion over what’s legal and what isn’t, due to Microsoft’s perplexing licensing terms. Things haven’t changed much since ZDNet’s Ed Bott brought the issue to light in his highly regarded article.

Even if you want to proceed, you should first consider whether you are willing to swap certain advantages for the cost savings provided by Windows System Builder models.

So, yes this was all about the Original Equipment Manufacturer – OEM. I hope this made justice to your chaos and you have got your questions solved regarding this interesting topic.