Krafton, a South Korean video game developer has announced a new game called “Battlegrounds Mobile India” which looks almost like the original PUBG Mobile that was very popular among youngsters but was banned due to privacy issues.

There is some exciting news for PUBG Mobile fans in India. After endless rumors and countless speculations, the game is officially coming into the market soon. Except this time, under a new Name. 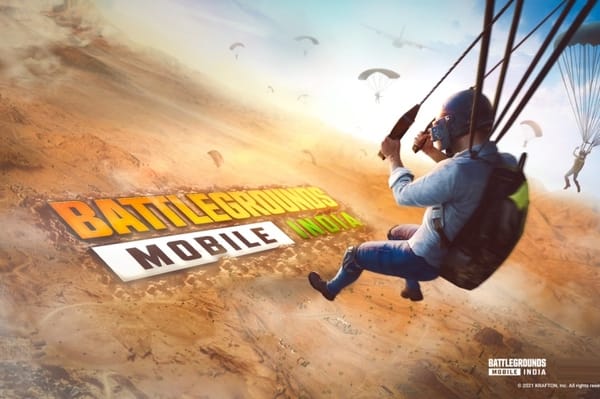 Krafton, a South Korean video game developer has recently announced a PUBG game for the Indian market under “Battlegrounds Mobile India”. Krafton, in a press statement, has stated that the game will be AAA free-to-play battle royale game and it will be made available for free on smartphones (Android and iOS).

The trailer released by Krafton makes the new battle royale game look exactly like the original PUBG game, which was banned last year in September. The game is expected to come with exclusive in-game events like outfits and features and will also have an exclusive esports ecosystem along with exciting leagues and tournaments. What more, the game is specifically made for India.

Addressing the privacy issues, the developer of the game has also stated that all the data collection and storage will be in full compliance with all applicable laws and regulations in India and for players.

Krafton, the game developer has also shared the official logo for the upcoming game. You can find the logo below:

Also, last year it was reported that Krafton, a South Korean game developer had cut all ties with Tencent for the Indian market as the latter is a Chinese entity and the majority of the apps and games were banned in India last year due to Chinese connect.

The developer has also made certain changes to cater to the Indian market. For example, all the characters in the game would be fully clothed from the beginning of the game, and the color of the blood will be green, instead of red. Also, there is a virtual simulation training ground setting. Among other things, there are also speculations that the company might place restrictions on game time.

Battlegrounds Mobile India game will be available for Minors as well. However, keeping in mind complaints of children overspending on the game and other issues such as Mental Health. The game has announced specific restrictions for minors. Check out the restrictions below if you are below 18 years of age;

It is still not clear as to how the company will verify the age of its users. We will know more about these details and specifications, once the game is launched officially.

Currently, Krafton didn’t offer an accurate timeline for the launch of the game. However, the developer has stated that the game will be up for pre-registration ahead of launch. So, we all can expect to see the game very soon.

Users can register on either Google Play Store or Apple App store and wait till the game is made available for download.