Certain genres of games can give you hours of engaging gameplay, and hidden object games certainly fall under that category. If you like a healthy dose of mystery and suspense in your games, or perhaps if you like complex puzzles and the satisfaction that comes from solving them, you should definitely try out hidden object games.

These games can keep your brain engaged, increase patience, and help increase problem-solving skills to name a few benefits. Also, people from all age groups can enjoy these games on their phones on the go. With the plethora of options for these games out there, it can be hard to find the good ones that don’t just feel like a time waste.

To help you find the best-hidden object games out there, we have curated this list after extensive research, and you can be sure that all of the games mentioned below will provide you with a great time, and ward off any boredom. 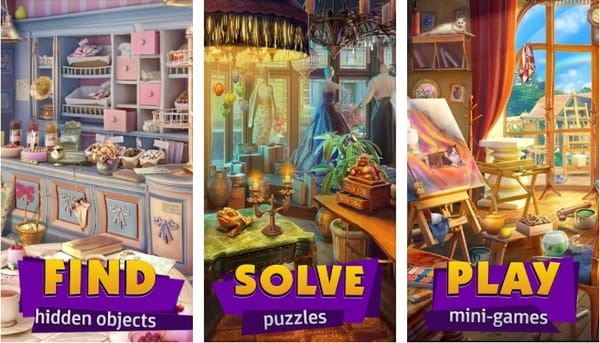 With Mirrors of Albion, you get an exciting and engaging game that you can play for hours without being bored. The plot of the game is set in the Victorian age in London at a fictional place called Albion. In this game, you need to solve challenges and puzzles in order to overcome the evil schemes of the queen. 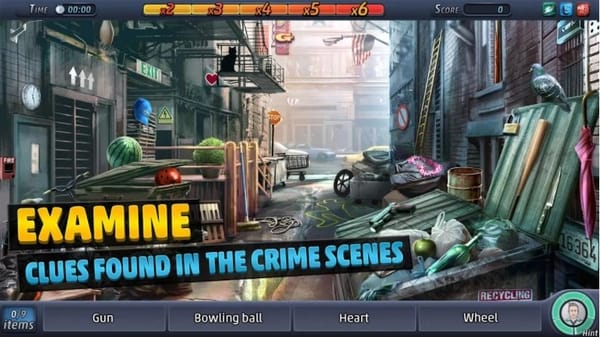 If you have a knack for crime investigation and detective roleplay with elements from hidden object games, then this should satisfy all your needs. In this game, you investigate a crime-riddled city and investigate clues, study proofs, and interrogate suspects to find the criminals and bring them to justice. 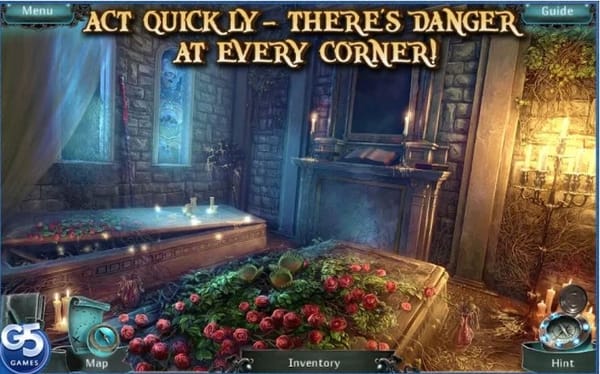 This game takes you on a journey of finding your daughter who has been kidnapped by an undead pirate. The goal of the game is to save your daughter by traveling through haunted seas, catacombs, fortresses, and many more detailed levels. There are quite a few locations to explore and many puzzles to solve in this game, so rest assured, you won’t be bored at all while playing it. 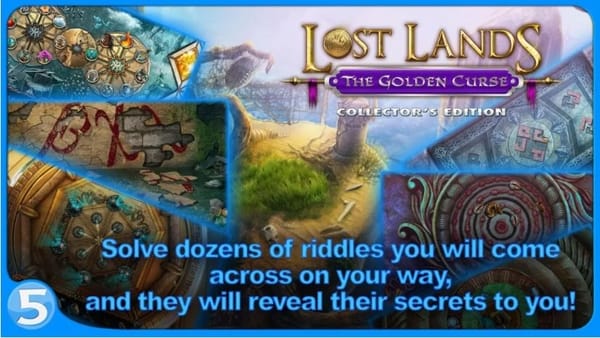 If your main preference while looking for a hidden object game is premium quality artwork and rendering, then Lost Lands should fulfill all your needs. The game brings high production value to a saturated market of hidden object games and provides you with a great soundtrack, visuals, and gameplay. There are a wide variety of minigames and puzzles to keep you occupied in this game.

The world of this game is dark and gritty and these elements give a unique character to it. You get a 2.5D perspective while solving complex puzzles. You also get a companion in the form of a cat that accompanies you while you move through the various levels in the game. The thrilling story, hand-painted worlds, and the wide variety of mini-games should keep you engaged. 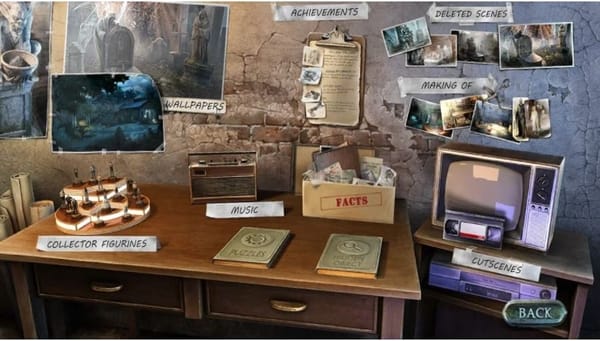 Developing a good hidden object game while experimenting with horror elements can be quite hard, but Goblinz has managed to create a game that has it all. With this game, you get engaging puzzle gameplay, and the atmosphere of the game makes it much more suspenseful and intriguing to newcomers. This game is a part of the Forsaken Souls trilogy, and there are other games in the series that you’ll also enjoy if you loved this one. 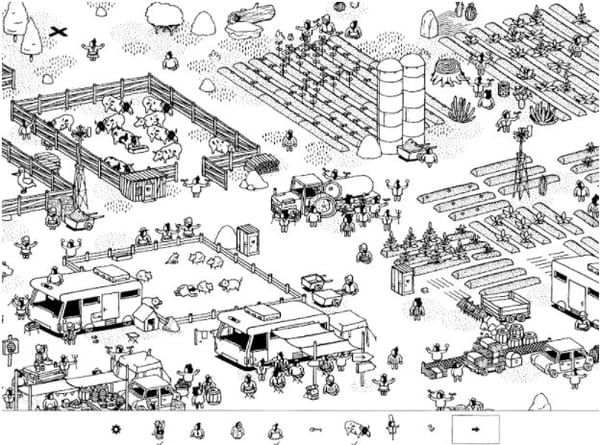 If you’re on the lookout for a minimalistic and simple to approach hidden object game, then Hidden Folks should fit your taste. Every image that you’re presented within the game is full of artistic details. Your task is to find the objects specified by the game in the image. The simple and fun gameplay is absolutely worth the low-price tag that it comes with. 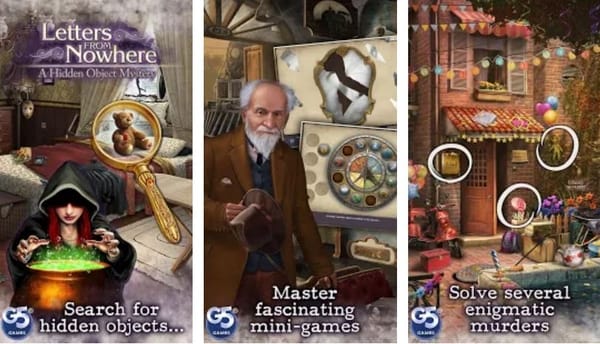 With this game, the player is tasked with saving their hometown from strange supernatural attacks. You get over 3000 different quests to play, and hundreds of minigames that will keep you playing for a while. The game also features gorgeous graphics that look the best on high-end smartphones. As a bonus, the game is also completely free to play. 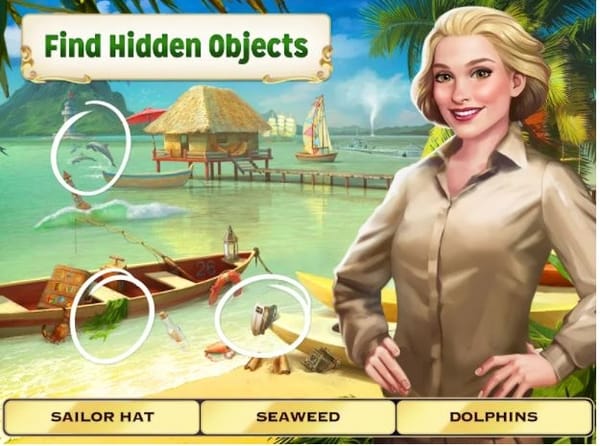 This hidden object game is set in a fictional version of 18th century New York City. The story involves a pilot, Pearl Wallace trying to solve the mystery of her father’s death. You will need to use your detective skills, and solve puzzles to know what really happened. There are hundreds of scenes that you can complete, and most of them are quite well-built. 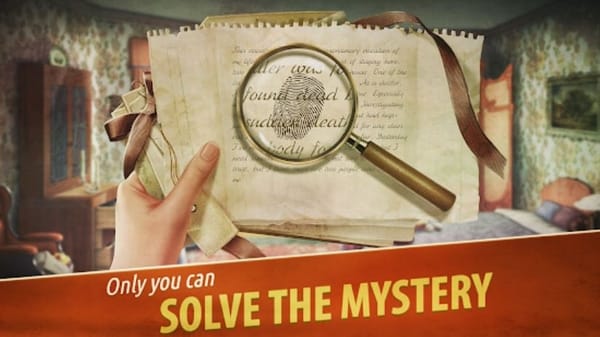 Murder in the alps is one of the interactive novel games with a hidden object genre twist. The gameplay comprises of finding hidden objects across multiple levels to solve the murder mystery scenarios. You also get a strategy guide, so you can keep playing on if you get stuck at a very challenging point in the game. The app is free to install, with a few in-app purchases that are not essential.

This game has been developed by Big Fish Studios, who are known specifically for their hidden object games. In this game, you’ll get classic gameplay mechanics while exploring the kingdom and defending it.  These games have a modern storyline and provide great visuals and gameplay.

In this game, you get to play as June Parker, a character who is looking to solve a great family secret. Along with the classic gameplay of hidden object games, the game also lets you build and expand your mansion and island so that you can enjoy more content. The puzzles in this game are quite complex and can be a great way to pass your time on a journey.

If your preference is to stick to the tried and tested formula of the classic hidden object games, then Mystery of The Secret Guardians can be a great choice for you. The plot of the game involves finding the missing guardians of the game world and unveiling the mystery behind the incident. There are over 30 different quests in this game to keep you occupied.

The Secret Society involves using your special powers to traverse the world by solving puzzles and finding hidden treasures. The game has a well-developed story, and engaging characters to accompany you on your journey. Your goal is to protect the sacred artifact of the order by solving hidden object pictures and puzzles.

Ravenhill is one of the hidden object games that add RPG elements to the mix. In this game, your objective is to find the whereabouts of a town’s entire population after they mysteriously vanish. The plot involves a flourishing city that gets converted into a ghost town. Each level has a time limit within which you need to find the hidden objects to complete it.

Hidden object games are fun to play and can even help your brain to get a daily workout. These games are very portable in the sense that they don’t need absolute dedication to play and progress like some of the modern titles. If you have a knack for these types of games, then the aforementioned list should help you to select the best game that resonates with you.