Malware is malicious software that aims to harm a user or device and its contents in one way or another. Most often, malware enters devices via the Internet and email. If a user clicks on an unknown link, he/she may be taken to dangerous sites with aggressive content or malware. So, often a child, in search of a new version of his/her favorite game, installs a dubious application with a similar name from Google Play. This makes it very easy for a hacker to spy on someone’s phone without having it.

Moreover, malicious software can be installed without permission and affect the operation of your device. So, how can you keep your phone safe from such dangerous malware? Let’s find out below.

The Best Ways To Protect Your Device From Malware 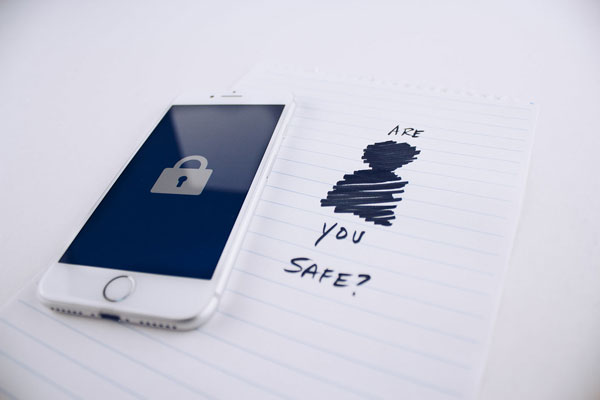 Any malicious software, even of an amateur level, can create discomfort using the device. It may harm its systems due to the gadget’s capabilities or methodically steal your funds from the accounts of a mobile operator or payment cards. That is why it is essential to recognize the activity of viruses immediately after a possible infection of the device.

Practice Safe Browsing and Only Use Trusted Websites

Do not download apps from third-party sources. While browsing the Internet, do not click on ad blocks in pop-up windows. Do not click on unfamiliar unchecked links in emails, texts, and messengers sent by an unknown sender. You should also avoid weird links from friends or users in your contact list – unless you have made sure they are safe.

Remember that any suspicious app can apply personal information or modify the terms without prior notice. Before downloading an application or game, you should look at the reviews, information about the developers, and access that the application requires during installation. Also, pay close attention to what the software requires before launching. So, the flashlight control program in a smartphone, which insists on geolocation, should alert.

Open, public Wi-Fi networks are dangerous because your smartphone or other gadgets can be accessed with them. Often, attackers create access points with names identical to those offered by establishments.

Thus, scammers can access email, social media accounts, personal data, and even bank accounts. Also, when connecting to such networks, you may be asked to follow a link or press a button. This may be a sign of fraud. We recommend using mobile data in public places or at least using a VPN.

Install a Good Anti-Malware Program on Your Device

Instead of waiting for malware to strike at your computer, mobile device, or corporate network, it is better to strike first and download a reliable antivirus that can keep you safe. The antivirus program should have multiple layers of protection to scan your system and detect malware, including adware and spyware, and proactively block other threats such as ransomware attacks in real-time.

The antivirus program must also be able to repair the effects of attacks, the damage caused by malware and return the system to usual functionality.

Download Apps Only From the Dedicated Play Store or App Store

It is not recommended to download and install smartphone applications from unknown sources. Usually, the operating systems installed on smartphones do not allow (or warn about the danger) to install new software.

This phenomenon is especially problematic for Android smartphones. However, even when downloading applications from the official store, you should check all available data, such as information about the developers, access that the application requires during installation, user reviews.

Avoid Jailbreaking or Rooting Your Device

Leaving your phone in its original condition, you get the necessary updates and patches for your operating system, as iOS constantly strengthens its security. When you jailbreak your phone, you become vulnerable to security holes found in previous versions and the dangers that open source can pose.

Always keep your operating system, browsers, and plugins up to date, as getting updates on time will help keep cybercriminals from getting too close. Update your software regularly. Cybercriminals are resourceful in their attempts to exploit vulnerabilities in software, so you need to install updates for all programs you use regularly, enable their automatic updates, and remove those programs that you do not use.

Malware is deliberately developed to be hurtful, invasive, and aggressive. It seeks to penetrate the system, cause damage, partially seize control over specific processes, or disable computers, computer systems, webs, mobile devices, and other technical equipment.

The main rule for the user of any device is to avoid opening suspicious links in text messages and emails from strangers, as this can lead to invasions by phone tracking apps, as research on the CellTRackingApps.com blog has shown. The threat of phishing – access to logins and passwords through fake sites – is also relevant for smartphones. Following the simple rules from this article will help you avoid falling for the bait of cyber scammers.

How To Save Money When Refinancing Student Loans

How To Track Your Website’s Performance With Enterprise SEO Tools