As you know rooting an Android phone gives you all the admin privileged control (Root access) over Android subsystems. It is just similar access to administrative permissions as on Linux or Unix-like OS such as Mac OS. In other words, by rooting your Android phone you will gain control over the internal system through which you can modify or replace some system protected files, components, etc.

You can also use some special apps which are mainly made for rooted devices. In this article, I have compiled a list of best root apps you should definitely try. 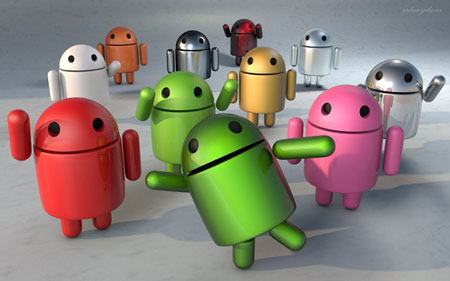 Root explorer is one of my favorite root app which I have installed on all my rooted Android devices. Root Explorer is basically a file manager which is made for root users. Through this, you can access the whole internal file system of Android, including the elusive data folder. It provides all the basic file processing services such as multiple tabs, Google Drive, Dropbox, SMB support, Text editor, zip extractor, etc. as well as it also provides some features which require root access such as molding system files, copying and replacing system files, change the permissions for particular files, etc. It is a paid app but I’m sure you will never regret using it.

Greenify is an app featured in Lifehacker’s top utility android apps and Android Authority’s top 3 best root apps. You can install Greenify on a non-rooted Android phone but some of the features of this root app are limited and only available for rooted Android phones. It can be used on a non-rooted android device as well. Greenify is a must-have Android app which helps you to boost up your Android day to day performance by killing background apps, it helps you to save battery life, etc. This is one of the best root apps that you should try.

Titanium backup is one of my favorite utility tool app through which you can perform backup and restore of your current apps and store its data in your SD card. You can also freeze some system apps like bloatware apps which startup automatically and eat up your memory, battery and data. You can download the free version of this app as well as the paid version. Some of the features are restricted in the free version.

Do you want to make changes in your system apps, UI, theme your existing UI, visual modifications, performance tweaks? To install various framework modules you will need to install Xposed installer. If you are a geek then I’m sure you will enjoy this customization root app. (Alert – This app is for nerds only if you don’t know what is Xposed framework, then don’t try this unless you have some information about it)

ROM Manager (CWM) is the must-have app for the rooted Android phone. You can update your ClockWorkMod recovery through this app. You can also manage your ROMs via its UI. It can also install ROMs from SD card and from OTA (Over the Air).

Is your phone frequently hanging and consuming large amounts of RAM? Then this RAM booster utility app will help you boost your system performance by clearing up background apps and processes. This root app will help you to increase your Android phone’s life span and so on.

Tasker is the last app in my best root apps list. This is a powerful triggering app that makes your smartphone even smarter. It is a tool automation app using which you can create a list of actions, and execute those actions whenever you want. Tasker is a paid root app, but I’m damn sure you will never regret it after using it. Here are some tasker profiles for beginners.

I hope you have enjoyed this article. If you have some other suggestions of root Apps then let me know in the comment section.